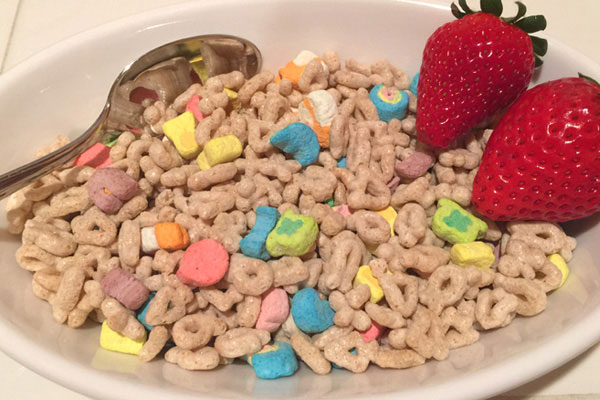 With St. Patrick’s Day right around the corner, I got to thinking about all the good luck superstitions that everyone follows around the world. Surprisingly, a lot of them involve food and start with the new year, when all of us have the highest hopes. The Irish have never been known for their cuisine, but no one argues about the “luck of the Irish”. One smart cereal company came up with a classic breakfast that kids still love today, after all. St. Patrick’s Day just seems like a fun day to be green and we all hope that some of that luck rubs off on us.

On the other hand, we just had the beginning of Chinese New Year too, and they have oodles of lucky foods, including their noodles. It symbolizes long life in many Asian countries, so the longer the noodles the better–you must keep them in one piece until you get it all in your mouth though, for the full effect. 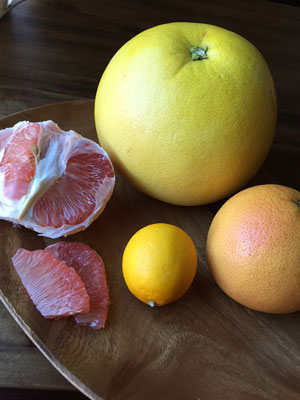 Certain citrus fruits are also lucky in Chinese culture, simply because the Chinese language phonetically makes them sound lucky. The word for oranges sounds similar to the word for gold, for example; and the word for tangerine sounds like the word for luck. And the grand Pomelo, the largest fruit in the citrus family, is also a symbol of good luck because the Cantonese word for pomelo sounds like the words for prosperity and status. These fruits are often displayed and eaten during the Lunar New Year for their ability to draw money into the household.

In Japan, during Setsubun, which falls on February3rd, a popular sushi roll called ehomaki is eaten to celebrate the arrival of spring and for good luck. The ehomaki is a whole roll, filled with 7 ingredients representing the 7 gods of good fortune. The roll is literally eaten uncut, so as to not “cut off” the good luck. You simply chomp on the roll like a big nori wrapped burrito.

In Spain, they have a ritual on New Year’s Eve where everyone will eat 12 grapes in a row, one for each stroke of the clock at midnight, to “capture” 12 happy months for the year. Some even believe that the sweetness or sour taste of each grape will foreshadow the fortunes of each corresponding month–if the fifth grape is sour, then you’d better be careful during the month of May.

Here in the States, southerners like to eat black eyed peas, whose eyes bring a sense of looking into the future to bring good luck. There’s also collard greens (the color of money and prosperity) and cornbread (the color of gold).

Here’s my favorite: in Poland, Hungary and the Netherlands they eat donuts for good luck. Circular shapes are symbols of good luck because they also resemble coins and prosperity. I say you can’t go wrong with donuts–ever!

Where am I?
Knowledge is power. Silence is golden. 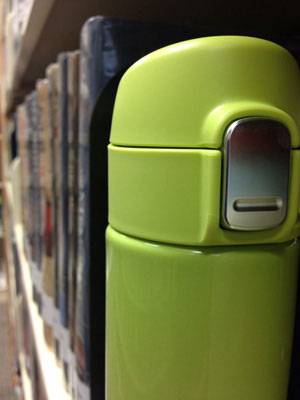