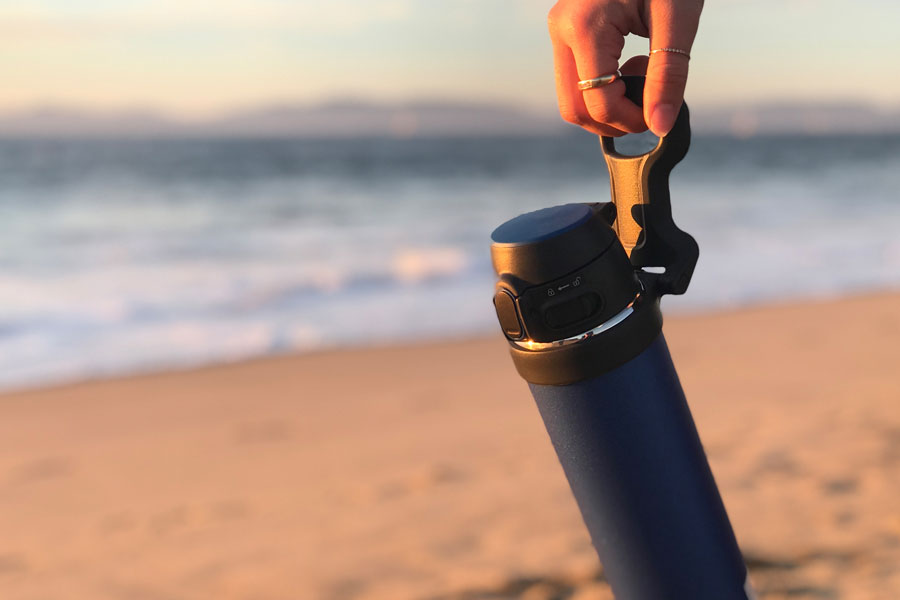 When I was living in Hawaii as a kid, the newscasters would end every show by saying, “Lucky you live Hawaii” before signing off. And I used to think, “Yeah, I guess they don’t call this paradise for nothing.” But since coming to California, I’m pretty sure there’s no better place on earth than sunny SoCal. Hawaii is OK, but let’s face it, you’re living on a rock and there’s no place to go. Here, even in my own backyard, I can get a shot like this almost any day of the week. This is sunset at Torrance Beach, California.

We live near a luxury resort called Terranea, which draws a lot of tourists to our little corner of the world. I’ve never stayed here, but the grounds are very nice and accessible to anyone who wants to walk around. I played the golf course when it first opened; it was very challenging and designed to be like a smaller version of Pebble Beach, for those of you who are familiar. 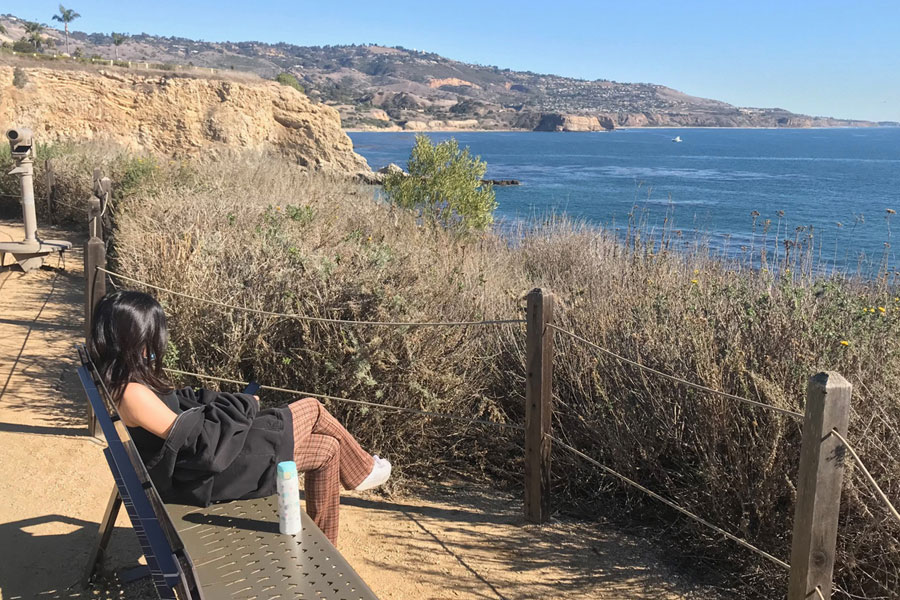 If you take the trail down to the coastline, you’ll come across a section of the beach where an artist built a monolith out on the rocks. I have no idea who did it and what it signifies, but it’s eye catching. On very clear days like today, you can see all the way to Catalina Island. I’ve never been there—to be honest it doesn’t interest me because I used to live in Hawaii. What do I need to see another island for? LOL. 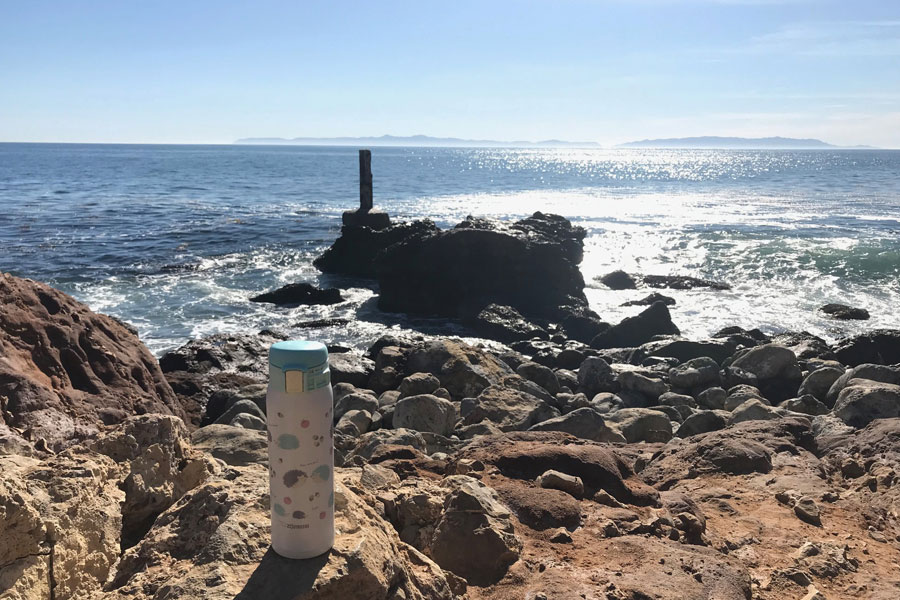 The Point Vicente Lighthouse was built in 1926 to warn vessels of the rocky shores off of the Palos Verdes Peninsula. It’s over 6 stories high and still throws a bright beam of light 24 miles out to sea that ships can see today, as it flashes twice every 20 seconds so they can navigate the coastline. There’s something romantic about a lighthouse, don’t you think? It’s been featured in many movies over the years, not to mention photographed, sketched and painted. The lonely lighthouse keepers have been replaced by electronic sensors that illuminate it and activate the foghorns.

My daughter went hiking to Eaton Canyon, which is in the foothills of the San Gabriel Mountains north of Pasadena, only an hour’s drive from us. I think she wanted to get away from us for a while with her BFF, and breathe some fresh air for a change, instead of being stuck in her room! 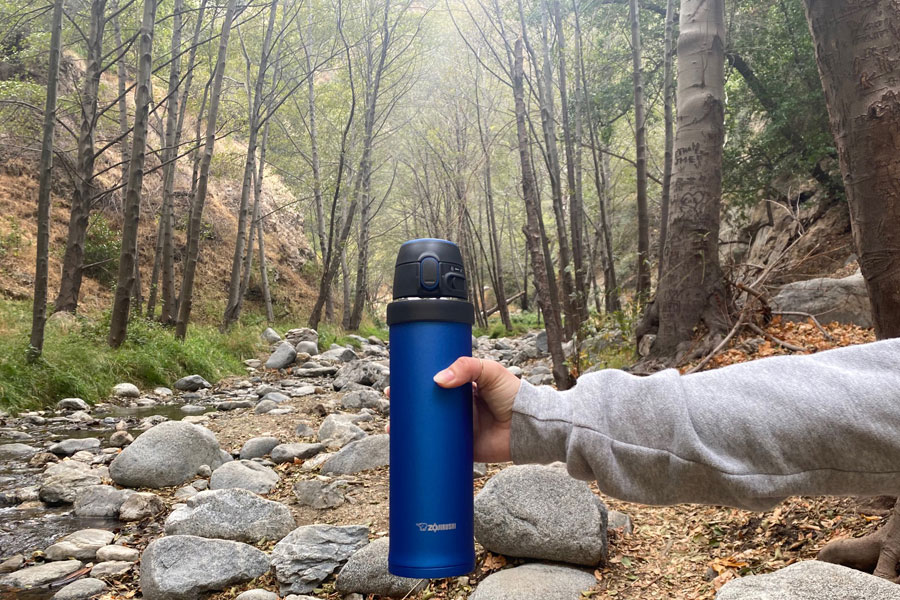 I don’t think they made it to the Eaton Canyon Falls, where they could have seen a 50ft. waterfall, but the creek still seems so beautifully peaceful, doesn’t it? 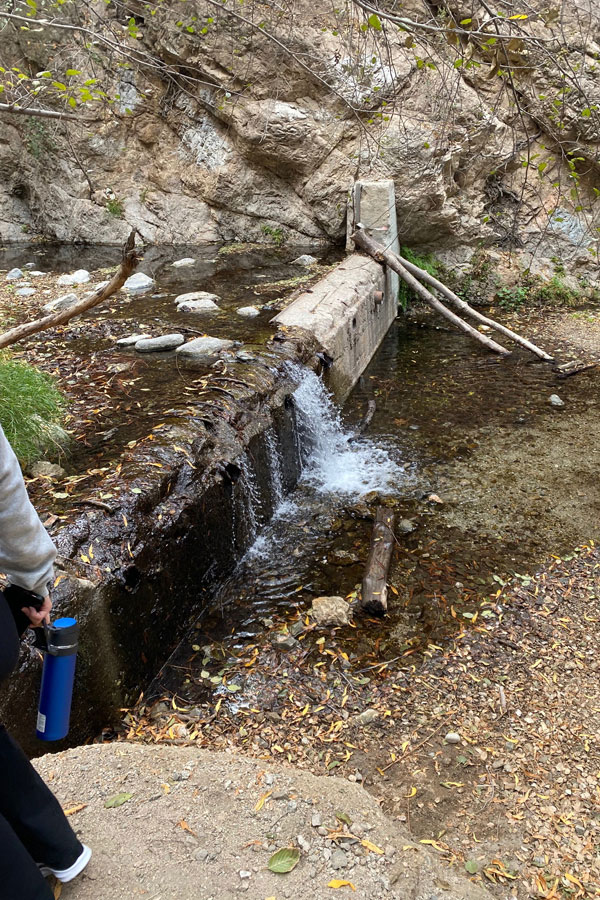 These days our entertainment on weekends consists of driving for miles, looking for new and interesting foodie places to eat. It’s become a regular activity for us—the occasional gem that we find is our reward for being so adventurous! It may not be the same as hiking the great outdoors like my daughter, but it’s still exploring. Once in a while you come across some urban artwork as well—this stairway mural is in Silverlake, a hipster area in East L.A. That’s me hiking, city style.

And of course, our lunchtime catch of the day—this is a Hot Catfish Sandwich from a place known for their unusual sandwiches. Until they open indoor seating again, our dining room is our car, and takeout is the way to go. Sorry, tents are too restrictive for me; why bother? If you can balance a takeout container on your knee and you have a cupholder, what more do you need—it’s air-conditioned, too. How many of you guys do the same thing? 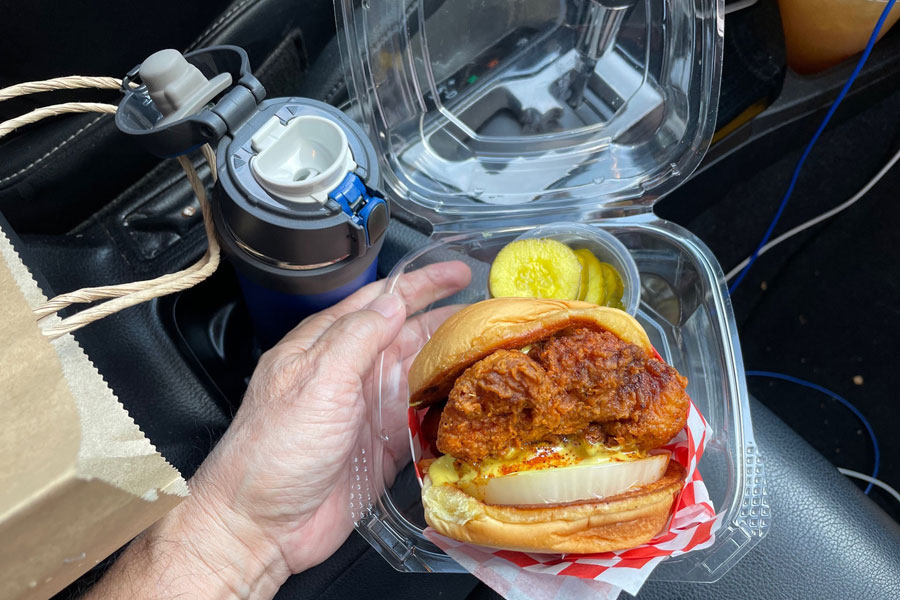 Just For Fun
Years ago, when I lived in Japan, I was introduced to the most amazing iced tea ever—a taste I never experienced in the States. And it was on the regular menu in any coffee shop in Tokyo. It’s called Brandy Tea and it’s a simple drink made with black tea and a dash of brandy. The alcohol is barely there at all, but noticeable enough to give this iced tea a fragrant accent. Here’s my recipe for it; feel free to strengthen or weaken, but remember, it’s not meant to be an alcoholic drink. I used Earl Grey tea which refines the flavor, but sometimes I think ordinary tea bags give it a better body. It also doesn’t hurt to use the good stuff like a cognac. 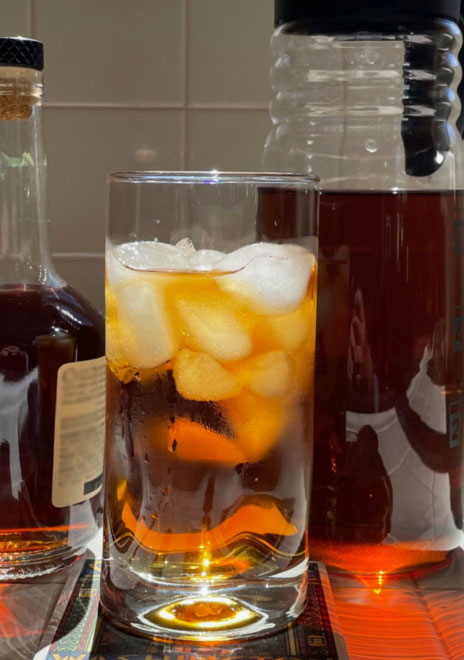 Try this in your Zojirushi mug and take it with you. 😎