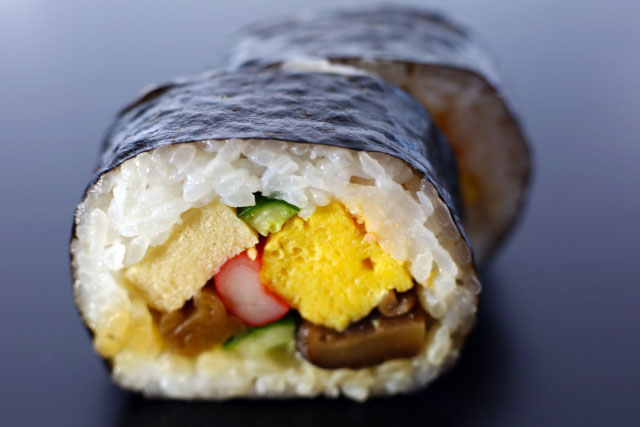 We’re so excited that winter will end soon and our third location on our Food Lover’s Tour of Japan is the perfect place to enjoy the upcoming beauty of spring… Chiba!

Chiba Prefecture is located in the southeast part of Kanto Region of Japan, a large, fertile plain that is unique in a country predominantly defined by mountains.  Some part of it is also situated on the Boso-hanto Peninsula, with Tokyo Bay on the west and the Pacific Ocean on the east. This peninsula is sheltered and temperate, even during the cold months of winter, and has been densely populated for centuries due to its climate, fertile farmland, rich fishing zones and famous floriculture.

Chiba’s signature dish is futomaki sushi… and as we learn more about this beautiful area of Japan, you’ll understand why this dish is such a great characterization of this region. 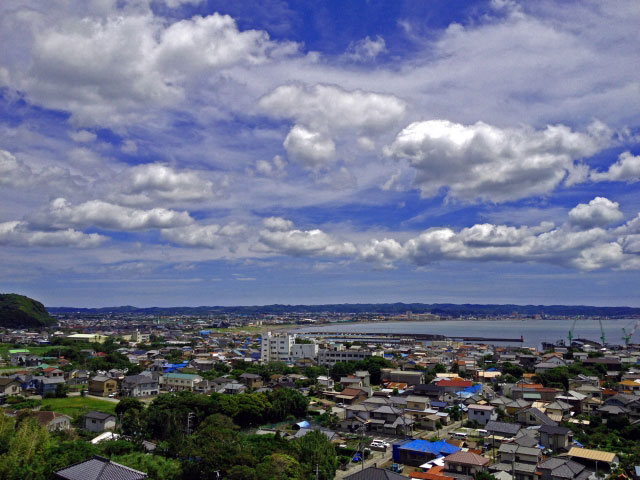 On the west coast of the prefecture, situated alongside Tokyo Bay and within commuting distance of Tokyo, you’ll find Chiba City. Chiba City is the governmental and business hub of the prefecture, home to one of Asia’s biggest convention centers, the Makuhari Messe, and to the Chiba Lotte Marines baseball team. Many businesses and shops are in the city, and for leisure activities, locals and visitors both appreciate the cute port area called Chiba Port Park, where they can enjoy the beach, viewing tower, boat rides and cycling.

Not far from Chiba City, to the northeast, is Narita. Many of us know Narita as gateway to Japan, since this city is the location of Narita International Airport. But Narita is also a great spot to experience traditional Japanese culture. The famous Narita-san Shinsho-ji Temple attracts over 13 million visitors a year and has been a time-honored place of worship since 940 AD. During the spring, one of the largest drum festivals is held in Narita. 200 drummers participate and the thunder of their drumming can be heard throughout the city! Early summer is time for the Narita Gion Matsuri, where the Shinto object of worship from the temple is paraded around the city along with floats.

History also abounds in the neighboring cities of Sawara and Sakura City. In these cities, visitors come to experience the atmosphere of Edo period through well-preserved architecture, shops, homes, samurai residences and classic streets. The National Museum of Japanese History, Chiba Prefectural Boso-no-Mura Museum and the Museum of Aeronautical Sciences are well-worth the visit.

The beaches in this prefecture are stunning. Kujukuri Beach, along the Pacific Ocean, is 41 miles long with a long straight coastline without reefs. It extends from Cape Gyobu in Iioka Town to Cape Daito in Misaki Town and is a pristine area for swimming, surfing, water sports and sport fishing. At the north end of the beach is Cape Inubo-saki, a raised marine abrasion where dramatic cliffs, rough waves and blasts of wind contrast strongly with the more serene beach towards the south. There is a lighthouse at the cape, where if you go up to the observation deck to view the panorama of the Pacific Ocean, you’ll be able to see the curvature of the Earth and if you’re lucky, dolphins! Not far from the cape, the Byobu-ga-ura Cliffs rise 131-164 feet high, and are fondly called the Dover of the Orient, due to their sparkling white façade. 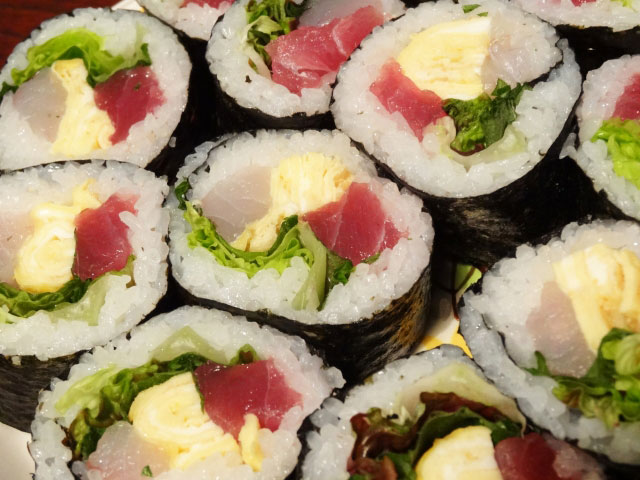 Because of Chiba Prefecture’s temperate climate, flowers grow abundantly throughout the peninsula. The natural landscape and rich flora inspires Chiba’s signature dish: futomaki sushi. Chiba Prefecture’s futomaki sushi are artfully crafted, thick sushi rolls, made with colorful vegetables, rice decorated with food dyes, eggs and seafood. The traditional rolling techniques, learned in from a young age, and designs unique to each family, result in patterns that show through the cross-cuts made in the rolls when they’re sliced. Flowers in the shape of ume blossoms and roses are common motifs, but the variety of designs is as endless as the number of families rolling the sushi.

Futomaki sushi is thicker than basic maki sushi, or sushi roll. While futomaki sushi is traditionally made for special occasions, people enjoy simpler maki sushi throughout the year. Just like futomaki suhi, maki sushi can be made with fresh, colorful fillings, such as tamago (sweetened omelet), carrots, gourd, mitsuba, shiitake mushrooms, pickled ginger, shiso leaves, cucumber, eel, shrimp and tuna. Whether or not the rolling technique results in a patterned design, the ingredients are balanced so that no one flavor overpowers the other.

Making Chiba Prefecture’s futomaki sushi is an art practiced over years, so preparing simpler maki sushi is a great way to get started. Try out our recipe for a basic maki sushi and as always, let us know about your travels to Chiba and your adventures in rolling sushi!