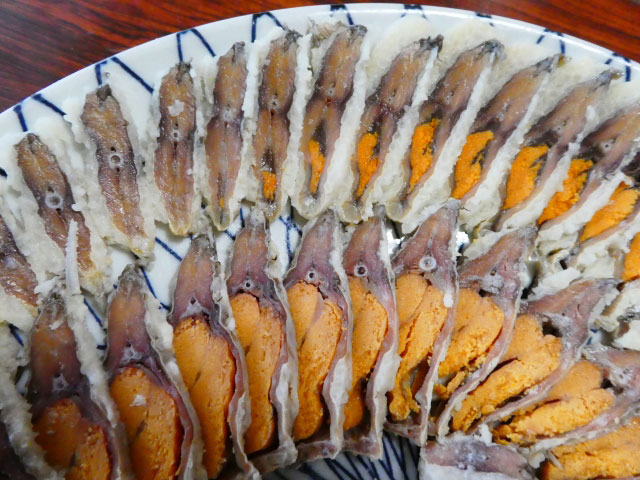 Your choice or omakase?

Sushi is a favorite Japanese food the world over, but where does it really come from?

Narezushi, or fermented fish sushi, is considered by many to be the progenitor of modern-day sushi. According to historians, narezushi was a dish that was brought to Western Japan from Southeast and South Asia in the 4th Century BC. These regions experienced heavy monsoons and intense heat, and the people of these regions devised a way to ferment and preserve local fish, supplying necessary food and nutrients during harsh seasons. By the 8th Century (Nara Period), artefacts indicate that narezushi was being made in Chikuzen, present-day Fukuoka Prefecture.

So, what is narezushi?

Narezushi is made of three components—fish, salt and rice.  Various fish can be used for narezushi including fish from the carp family—such as dace, loach and three-lips—as well as sweetfish and salmon. Today, narezushi is not as commonly made as it used to be, but in Shiga Prefecture, a type of narezushi called funazushi can still be found. Funazushi is made using nigorobuna, a type of carp native to nearby Lake Biwa. The fish is caught in spring, just as lake waters warm up from winter. Upon catching, the fish are descaled and gutted, and their gills are removed. The gill cavity is then stuffed with large amounts of high-quality salt. The salted fish are placed into containers, typically wooden barrels, and then weighted with tsukemonoishi, or pickling stones. The salted fish are left for about six months, during which time the salt destroys harmful bacteria, softens the fish bones and causes excess water to be released. Once the fish has gone through the salt preservation, it is rigorously rinsed, dried and then put back into a container along with cooked rice for at least a year to ferment. Some funazushi artisans further ferment the fish by pickling it with a second batch of fresh cooked rice. The double fermentation is said to remove any pickling odors from the fish and augment its flavor. Once finished, the rice used to ferment the fish is discarded and the narezushi is served simply, without cooked rice or condiments. 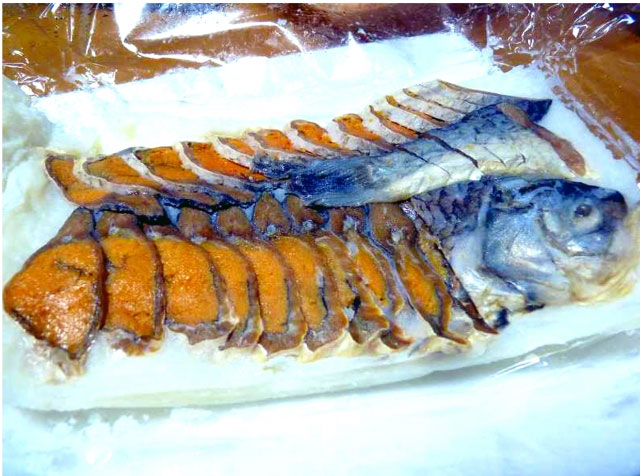 The process for making narezushi hasn’t materially changed since ancient times. Because of the intense effort it took to produce narezushi, it became custom in the Muromachi Period (1333-1568 AD) to give it as a gift to samurai and the aristocracy. Narezushi was also offered to the gods during older Japanese times in the hopes of good harvests. In Shiga Prefecture, you can still attend festivals where funazushi are ceremonially sliced in a ritual called Sushikiri Jinji.

Narezushi isn’t as commonly eaten today as it used to be. Lack of a bountiful carp harvest and palettes that prefer the modern-Edo Period-version of sushi have limited its popularity. But as a traditional food, it is still enjoyed widely throughout Japan.

If you get a chance to try narezushi, be sure to savor it and don’t forget to share your experience of narezushi with us!