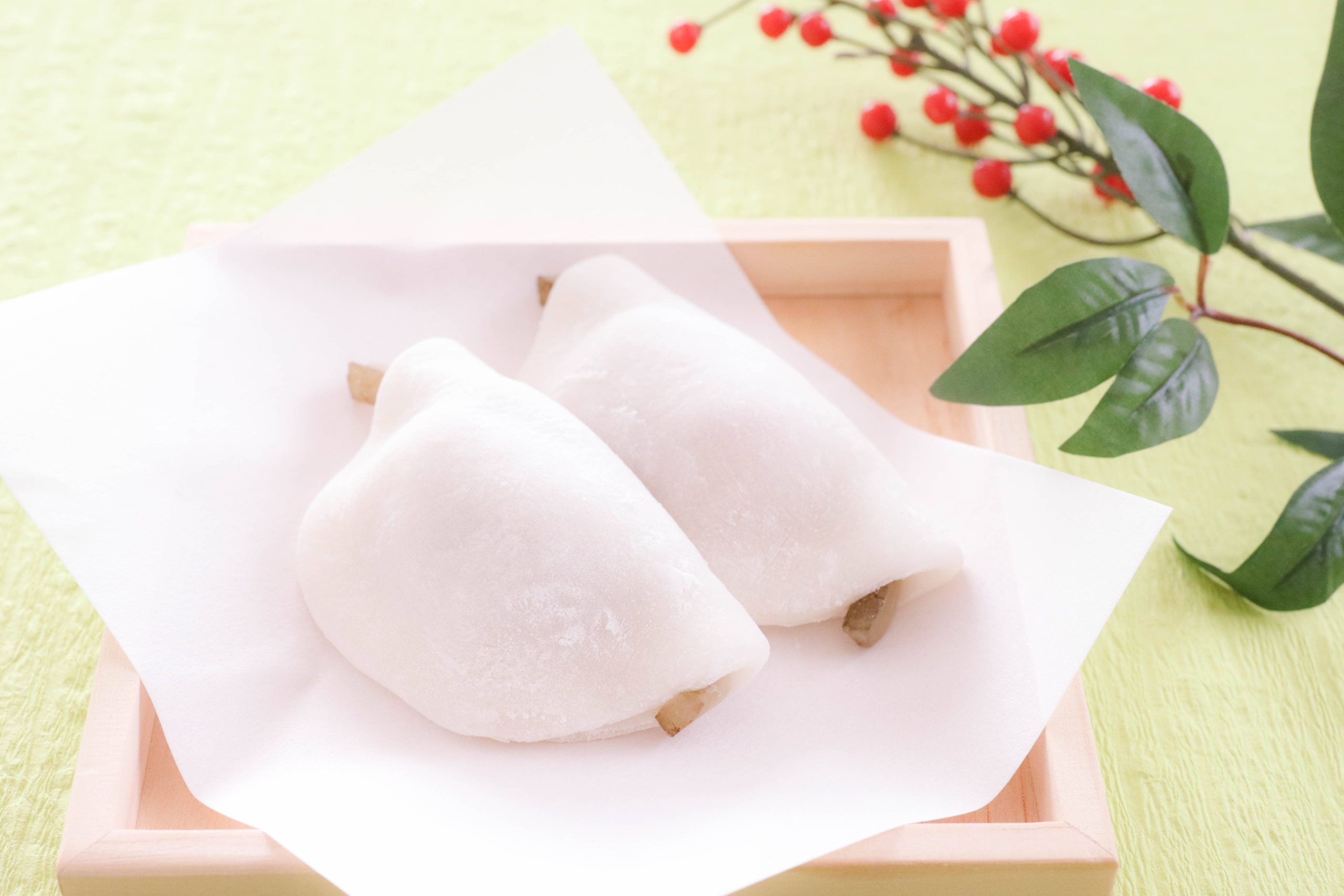 When it comes to traditional Japanese foods, mochi is definitely one of the most popular. Though it is enjoyed all year long, these chewy rice cakes are especially revered on New Years Day, as it is believed to bring good luck and fortune to whoever enjoys them. Today, we’ll be diving into the deep history of this delicious Japanese snack – from how it’s made, how it’s enjoyed, and how you can make your own! Let’s dive in. 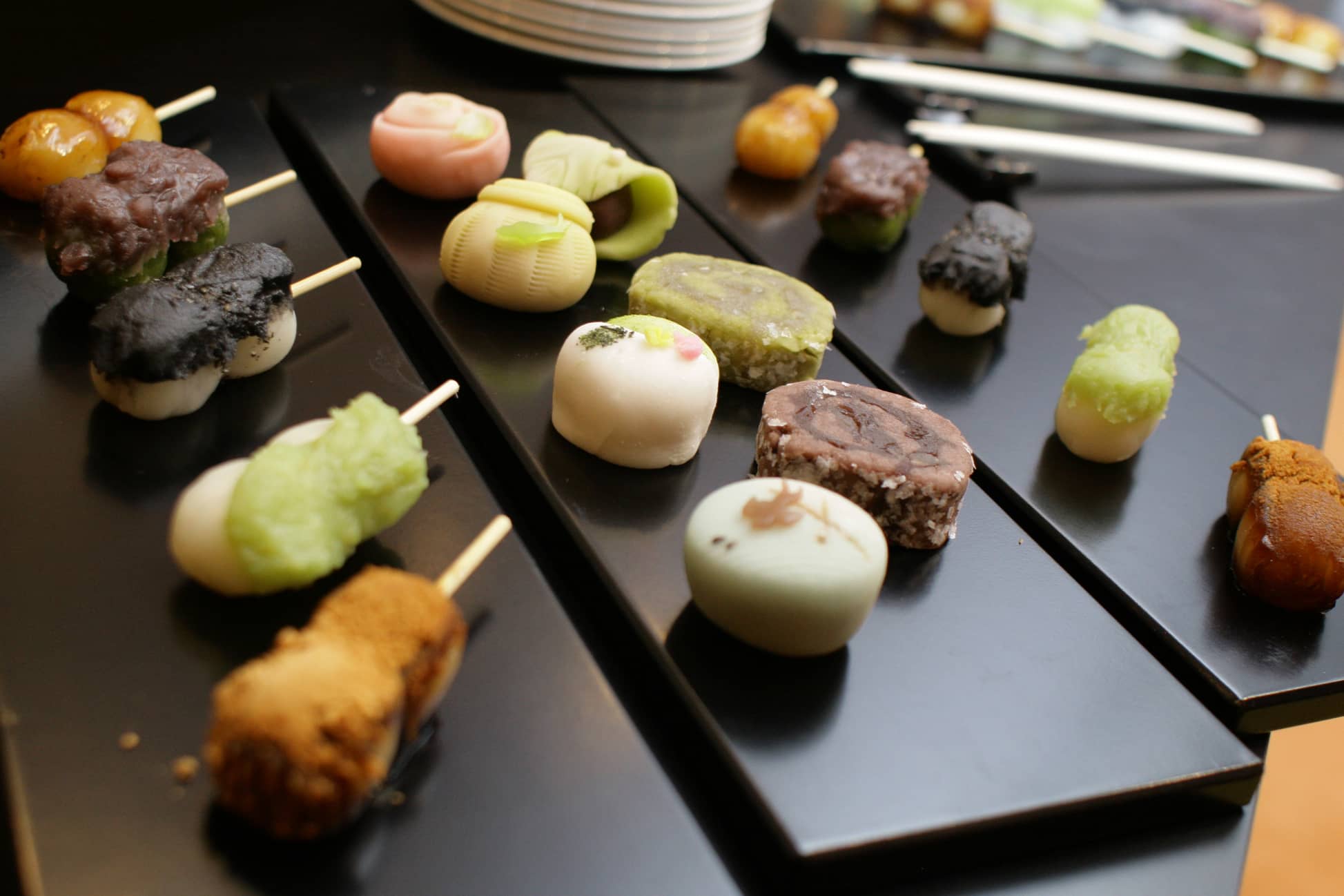 Made with processed rice flour, mochi “rice cake” has been enjoyed in Japan for centuries, and comes in all different shapes, sizes, colors, and flavors. In Japan, locals traditionally make this in a ceremony called “mochitsuki,” where people take turns pounding the mochi with wooden mallets in a stone or wooden mortar called an usu.  but today, mochi powder has made it easy to make mochi quickly and uniformly at any time.

It is believed that mochi was first introduced to Japan from South East Asia during the Jōmon period (c. 14,000–300 BC), with homemade production of mochi increasing during the Kofun period (c. 300–500 BC).

How is mochi made? 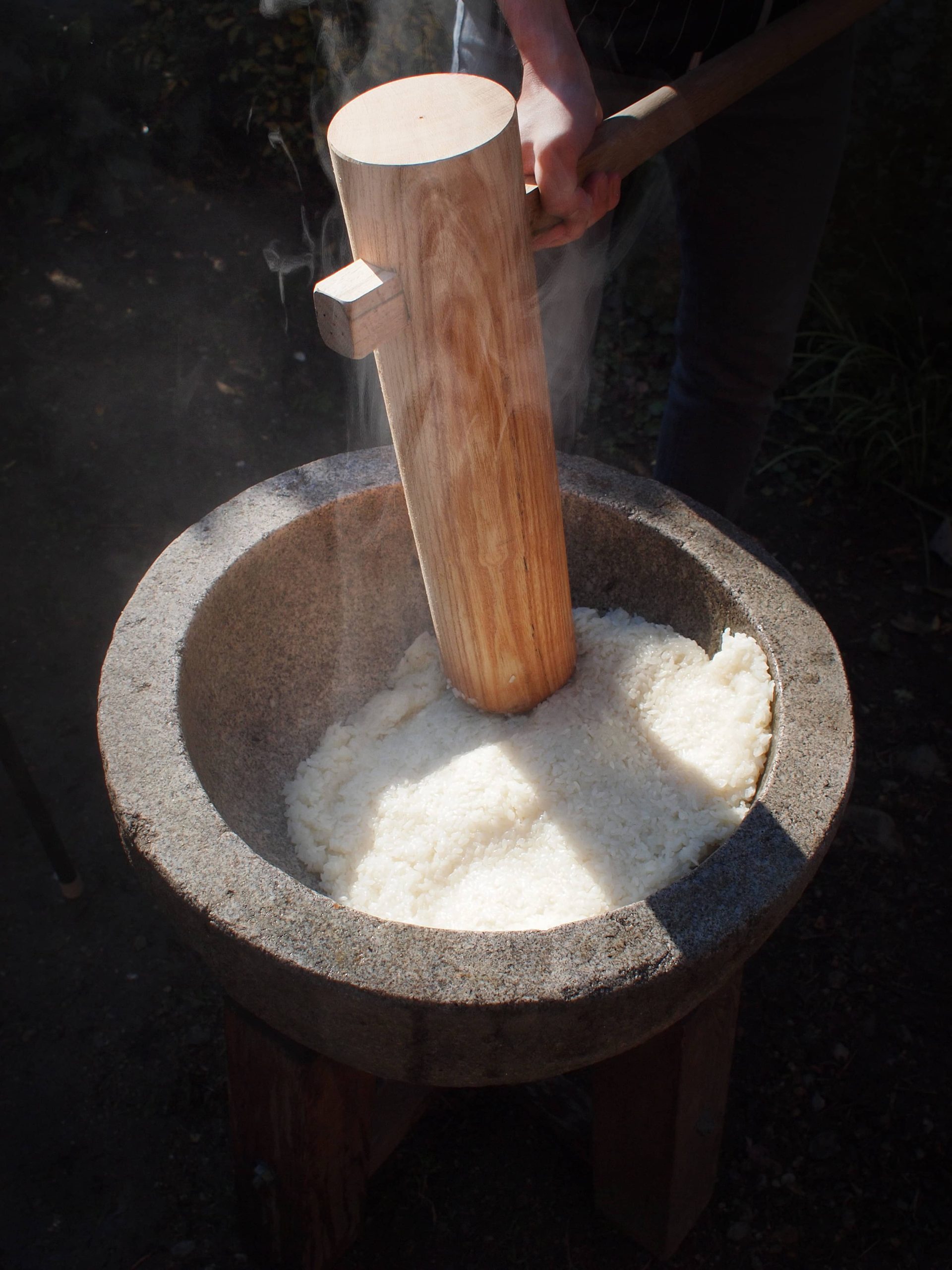 Mochi is made of mochigome (short-grain glutinous rice), where the rice is steamed, pounded, and mashed to create a chewy paste. It is then molded into its desired shape, and can be enjoyed immediately or dried for later use. It is recommended to freeze mochi if preserving it, rather than refrigerating it.

The great thing about mochi is that it can be enjoyed both as a savory or sweet dish. When enjoying it as a savory dish, you can dip the mochi in soy sauce, or make it into a rice cake soup, or even chikira udon!

There are many different sweet forms of mochi as well, such as, but not limited to: 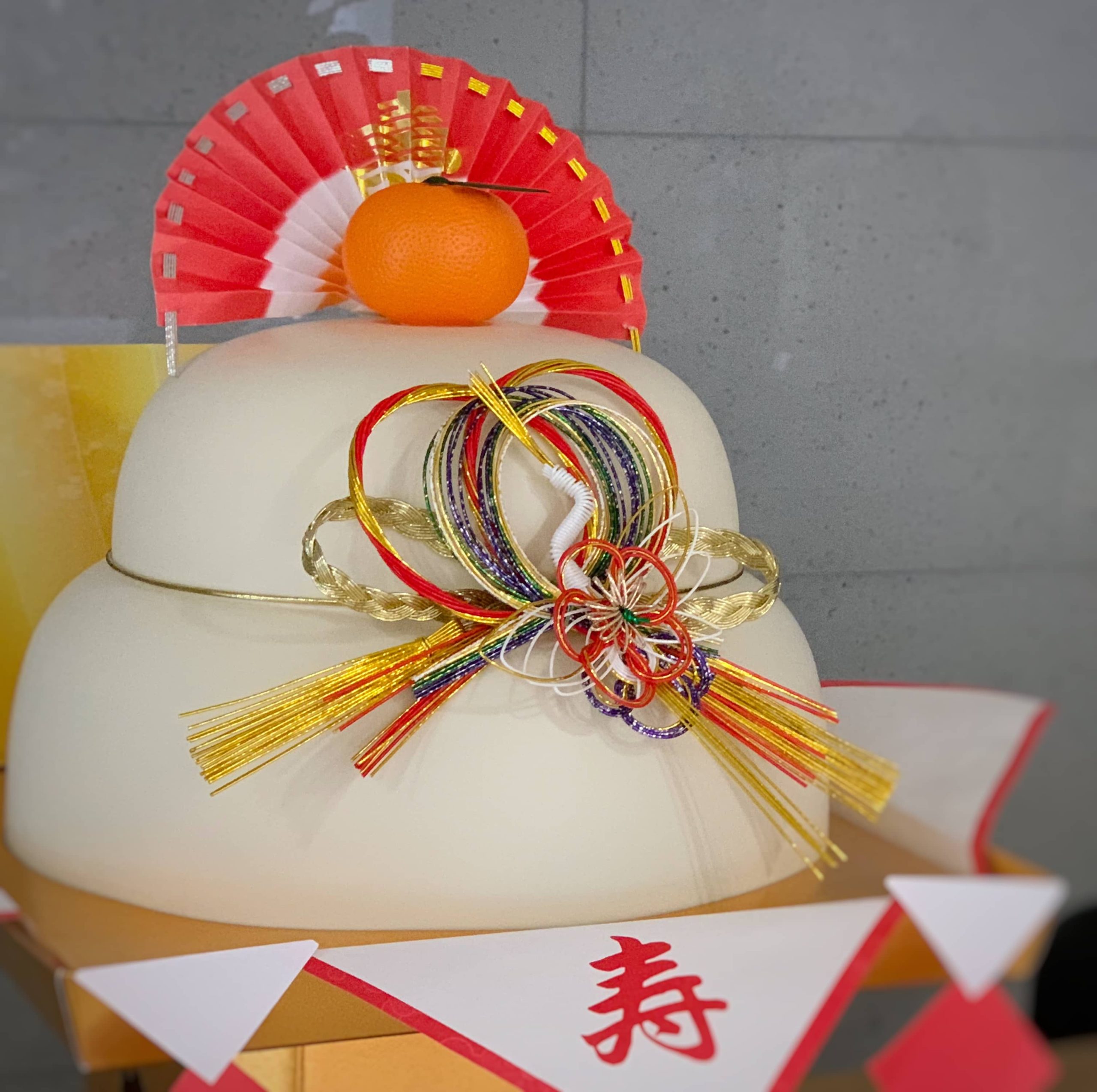 Kagami mochi, or “mirror rice cakes”, are traditional Japanese New Year decorations made with two round mochi cakes, one large and one smaller. The smaller piece of mochi will be placed on top of the large, and a Japanese orange with an attached leaf will take its place on top. In addition, it may have a sheet of konbu and a skewer of dried persimmons under the mochi.

Traditionally, the kagami mochi was placed in various locations throughout the house at New Years’. Today it is usually placed in a household Shinto altar, or kamidana. It can also be placed in the tokonoma, a small decorated alcove in the main room of the home, as a New Year’s offering for good luck and fortune.

Make Your Own Mochi 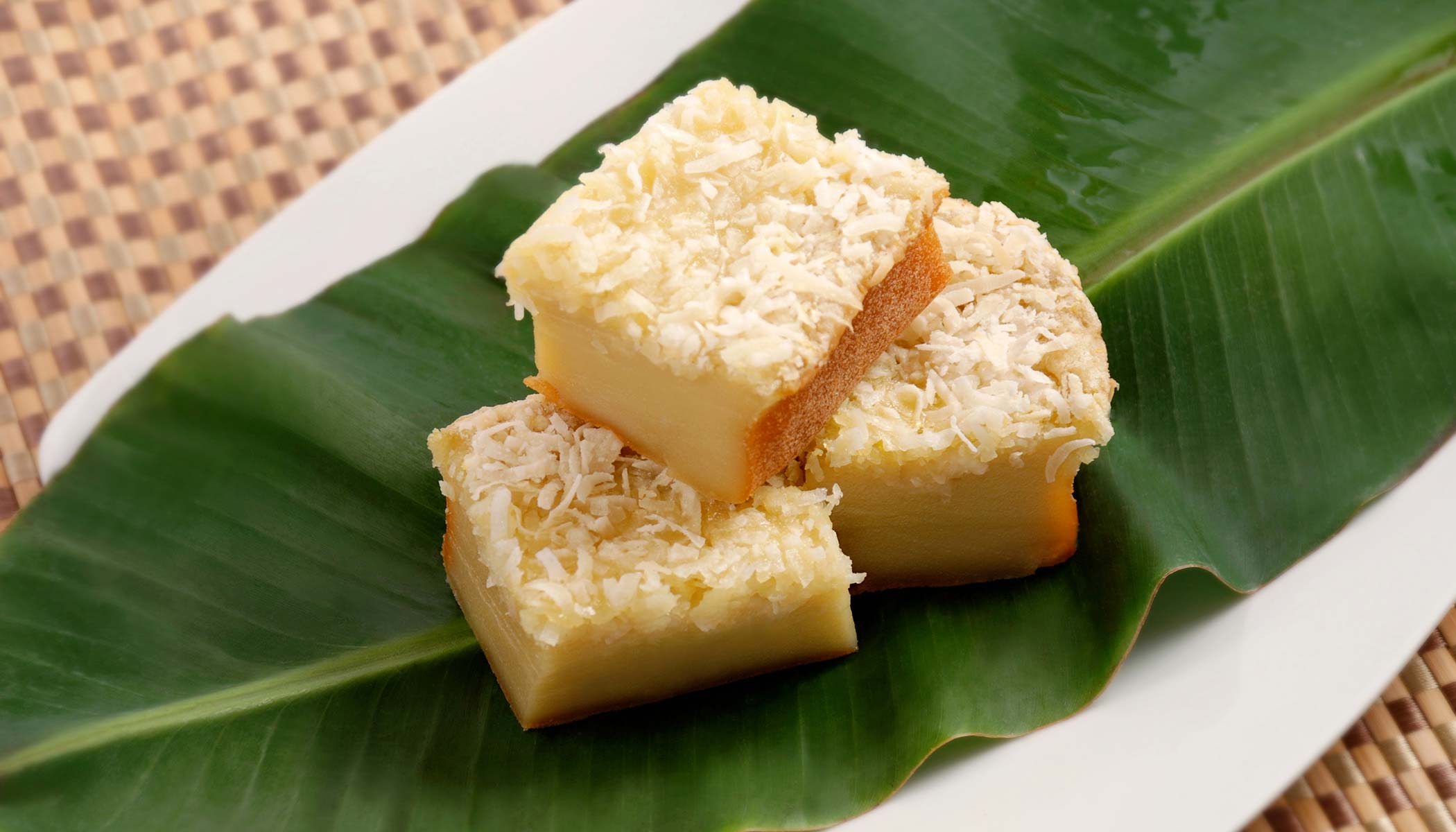