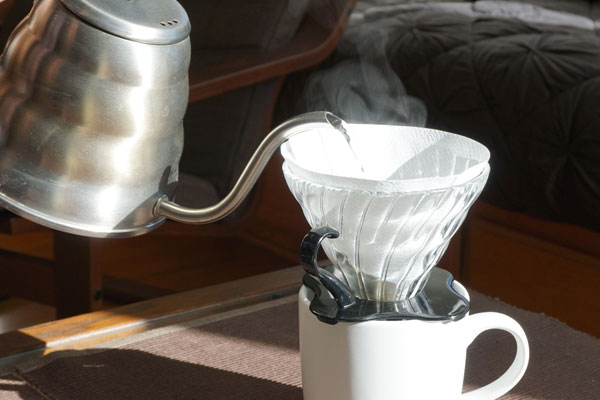 So at the expense of revealing how ancient I really am, I want to make it clear that Japan had their own coffee houses long before there was a Starbucks, which as everyone knows, is a big part of what makes Seattle famous–and where tourists come by the thousands just to stand in line to get into the “original” one.

The original Starbucks in Seattle, WA

Of course, Japan probably borrowed the idea from the European cafés anyway, but the Japanese have a unique way of taking something and refining it somehow. In the 70’s, when coffee shops called kissaten really took off, there were thousands of mostly Mom and Pop places all over country. They would serve gourmet coffee, brewed carefully and individually, from beans imported from all over the world. Sound familiar? Just for some perspective, the first Starbucks store didn’t open until 1971, and they weren’t on every street corner back then. 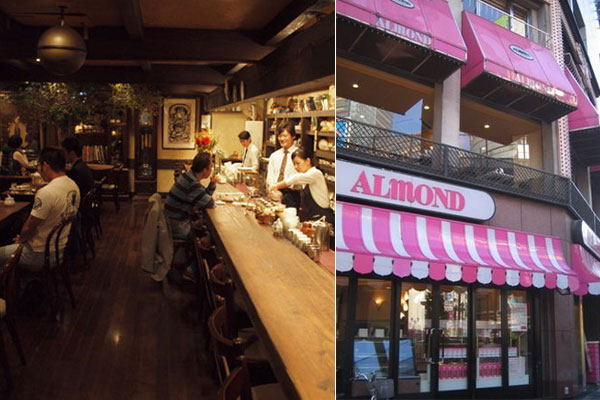 A kissaten today (a nostalgic hangout) — The original Cafe Almond (first opened in 1964!)

The market was so competitive, if you were a coffee drinker, you had a vast amount of choices in exotic beans and style of brewing. You could pay for the privilege of an expensive cup of Blue Mountain coffee from the hills of Jamaica, brewed by pour-over with filtered water heated to a precise temperature. It might not seem like a big deal today, but it was this artisanal touch that made you want to go there to experience the ambiance. It’s just not the same when a giant stainless steel machine can do it with a few quick lever pulls and button pushes. *Sigh* 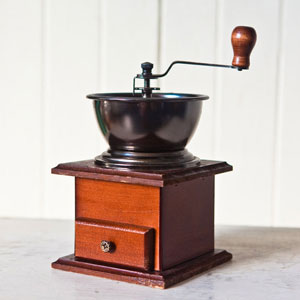 For my money, the Pour-Over (pictured above) is still the best way to brew a great cup of coffee. Perfect for a single cup, it makes me wish I still had my wooden mill that I used to have, when I would grind my own beans every morning. Nah, who am I fooling? It’s too easy to have it ground for me at my local Starbucks!

I also had my own personal Siphon coffee maker too, which came with a little alcohol burner to heat the water. I remember first seeing this method at one of the fashionable coffee shops in Tokyo (yes, back in the Seventies) where the barista would tend to 6 or so glass pots, each boiling over a Bunsen burner. After watching the water boil and rise to the upper chamber, each pot of coffee was on a timer, set to go off at the ideal brewing time before being allowed to be taken off the heat and drop down to the bottom chamber for that perfect cup. It’s hard to fully understand the process until you’ve seen it, but it’s one of the most fun ways to brew coffee, and the brew is delicious! 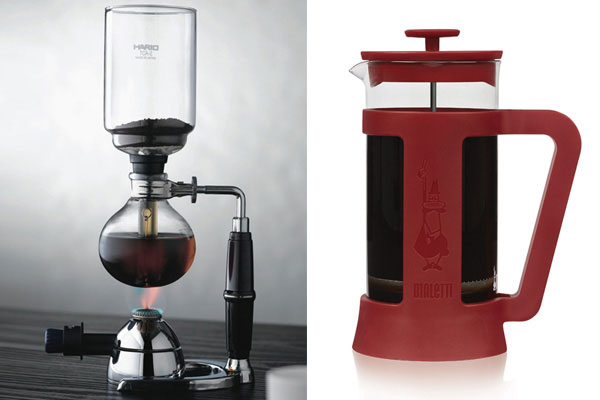 Then there’s the French Press, which has its fans, but I am not one of them. The idea is to brew the coffee in the glass with the grounds and the hot water, with the plunger all the way up. When your coffee is done, you simply push the plunger down and a built-in filter pushes the grounds down to bottom, leaving your coffee ready to pour. Many people like the fact that there is no paper filter to throw away, but I dislike cloudy coffee; and sediment always remains with the French Press. Purists will argue that the flavorful oils of the coffee beans are protected better with this method.

In 1972 after Mr. Coffee® introduced America to automatic brewing for the home, there have been hundreds of automatic coffee brewing systems that heat and drip the water into a cone or basket filter, which then drips into a carafe. The machine is basically a home version of the machines that have been used in diners for decades, and is ideal for when you want more than one cup of coffee. Some of the good ones like this one from Zojirushi have thermal insulated carafes that can keep your coffee hot for hours, without having to keep it on a heating element. 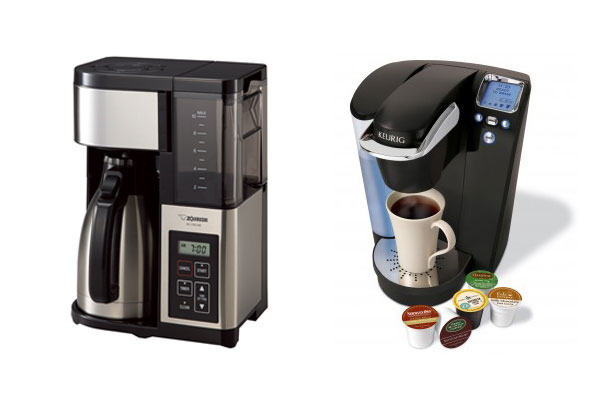 And I can’t discuss coffee brewing systems without mentioning the ubiquitous pod coffee makers made popular by Keurig®. It doesn’t beat the drip style coffee in my opinion, but it does make a pretty good cup. The company has taken some heat though, for impacting the environment with waste caused by their used pods. As modern convenience goes, it’s not surprising that you see these everywhere. Unlike a drip system, there’s not much to wash and nothing messy to dispose, other than that little pod.

The last method I wanted to bring up was the Drip Sachet, a beautifully engineered drip coffee bag, made to hang on a mug or coffee cup for a single serving. This ingenious marvel of paper die-cutting folds completely flat while it seals the correct portion of fine ground. Carefully unfold it to expose the coffee, prop it securely over your cup, and just pour the hot water–a complete drip system in miniature! From a per serving price point, it’s a little expensive, but so convenient! To me, it’s the best tasting “individual serving” method other than the Pour-Over. 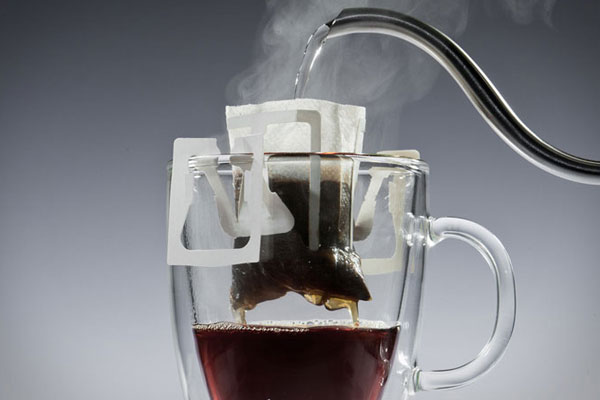 The coffee sachet folds out into a complete brewing system.

I’m also old enough to remember the Percolator (Google it if you’re interested); my parents had this high tech electric one when I was a kid. Coffee has come a long way indeed.