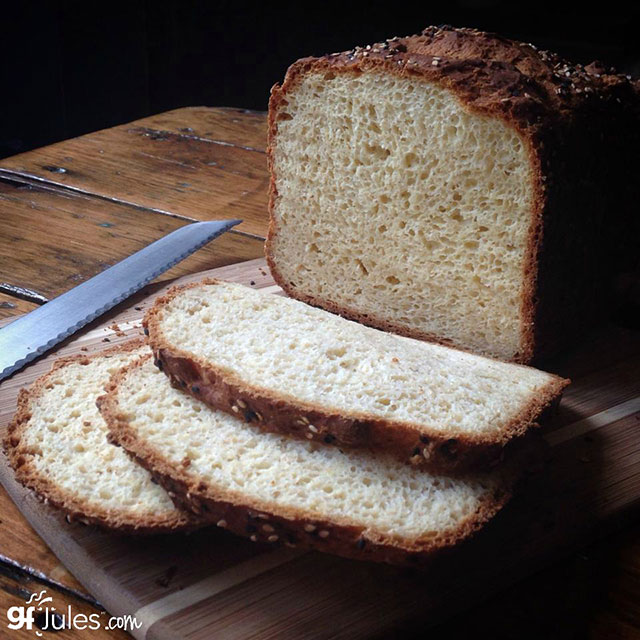 The term “Gluten Free Diet” has been thrown around a lot lately, but what does it mean to be gluten free or to follow a gluten free diet?

First we must understand what gluten is, to understand what it means to avoid it. Gluten is a food protein found in the grains wheat, barley (malt) and rye. In the western diet, these grains are pervasive, so it can be difficult to avoid them, particularly when eating out or buying processed foods.

Gluten is not something you would see with the naked eye – it’s a tiny food protein, but to those who are sensitive to it, a tiny amount is enough to cause a cascade of health problems. Gluten can lurk in crumbs, sauces, dressings, seasonings, and of course breads, pastas, pizza and grain-based alcohols like beer. That means that anything in your kitchen or in a restaurant kitchen that has touched these things (think toasters, pans, colanders, lunch boxes, utensils, counters, dish scrubbers, tea towels, etc.) may still have gluten on it or in it. When this gluten residue touches gluten free food, gluten contamination (or gluten cross-contact) occurs and it can make certain people very sick.

There are really three categories of people who need to follow a strict, medically-necessitated gluten free diet: those who have an allergy to wheat, barley or rye; those who have celiac disease; and those with non-celiac gluten sensitivity.

An allergy to one of the gluten-containing grains (usually wheat) is akin to what we are familiar with for those with a peanut allergy. A person with the allergy cannot be exposed to wheat, or their body will react by releasing histamines, producing a variety of symptoms, usually unique to the individual. Like most true allergies, these symptoms are often rapid and may be severe. Food allergy symptoms can range from a skin rash to gastrointestinal distress, swelling, migraines or even difficulty breathing and death due to such anaphylaxis. Luckily, once the allergen is removed from the body, or in many cases, if the person takes antihistamines, the body can quickly get back to normal. This rebound differs greatly when compared to the often long-term effects gluten produces in someone with celiac disease.

Celiac disease (also known as celiac sprue, coeliac disease, non-tropical sprue or gluten sensitive enteropathy) is a chronic and permanent sensitivity to the food protein gluten. Developing celiac disease requires three things: a genetic predisposition; exposure to gluten through digestion; and a trigger that starts an immune system’s injurious response. Celiac disease occurs in people of all ages. It is the most common genetic disorder in North America and Europe, and is found in populations all over the world, affecting approximately 1 in 100 people.

Gluten sensitivity is a very real medical condition that affects an estimated 18 million people in the United States, to some degree. It is not an allergy, nor is it an autoimmune disease like celiac disease, but it can cause severe, uncomfortable and even debilitating symptoms.

Gluten sensitivity is a condition where the body is unable to properly digest gluten. Recent studies have found that the bodies of those with non-celiac gluten sensitivity also produce an abnormally high number of proteins that activate inflammation (the immune system’s first defense) and an abnormally low number of suppressor T cells which suppress the inflammation. The inflammatory response, like that raised against the flu virus, can cause fatigue and dizziness. Symptoms can range from quite mild to very serious, but unlike a true “allergy,” anaphylaxis leading to death will not occur.

A gluten free or even a low-gluten diet may help alleviate these symptoms, but the only way to know is to try a completely gluten free diet for a period of several weeks to see if you feel better. If you do, then your body is telling you your answer. Unlike with celiac disease, a person with gluten sensitivity may be able to eat small amounts of gluten without damaging their body — the symptoms suffered will dictate whether and how much gluten they can tolerate.

Quinoa is an example of a naturally gluten free food

Studies have shown that anything more than 1/8th teaspoon of regular flour, or 1/350th of a slice of regular bread (up to 10mg gluten) can cause intestinal inflammation and even villous atrophy in celiacs. Many people find that they experience symptoms with even less gluten exposure. Other studies attempting to find the threshold for prolonged gluten exposure formed the foundation for the FDA’s decision to restrict gluten free food labels to only those foods containing less than 20ppm gluten.

All this is to say that mere crumbs could harm someone with celiac disease; trace amounts can cause symptoms for those with gluten sensitivity. That’s why you should never simply pick the croutons off a salad, for example. And you shouldn’t risk using pots, pans, condiments, grills or appliances which may have such crumbs remaining from a non-gluten-free meal.  It also means that eating out can be tricky. It is very difficult for a restaurant which is not dedicated gluten free to prepare a meal that is truly safe. Fortunately, you can make ANYTHING you want at home, ensuring not only that your food is gluten free and free from cross-contact, but also that it is healthier, less expensive and tastes better!

How to Go Gluten Free

When people go gluten free, I always tell them to make a list of their “must haves”– the things they must be able to enjoy, even on a gluten free diet. This could include staples like soft sandwich bread, as well as sentimental favorites like deep dish pizza, your grandma’s noodle casserole, Thanksgiving stuffing, pierogi, donuts and cinnamon rolls. Whatever those essentials are, they are unique to you, and they need to be put on your list. Without finding replacements for those dishes, your transition to gluten free will be bittersweet.

However, when you learn to make these favorites again, gluten free, you will not only feel satisfied, but proud! There is no feeling quite like the accomplishment of baking fresh homemade bread to share with friends and family, whether you were an avid baker pre-gluten free or you’ve never baked a thing from scratch.

Once you identify the foods you need to have to make a successful transition, it’s time to find a way to get them or make them yourself. Because of the explosion of gluten free products in recent years, it is hard not to stumble upon many popular food items as packaged food in most grocery stores. Not all of these items are particularly healthy – many contain extra fat or sugar to mask the taste of some gluten free flours – and many are not as tasty as you would hope. It is for that reason that cooking at home is the best answer for most of the essentials and the treats you’ve put on your list.

Before you dismiss the idea of baking at home, let me assure you that baking gluten free is in many ways easier than baking with gluten. That means that even inexperienced bakers can expect to enjoy success in the kitchen. 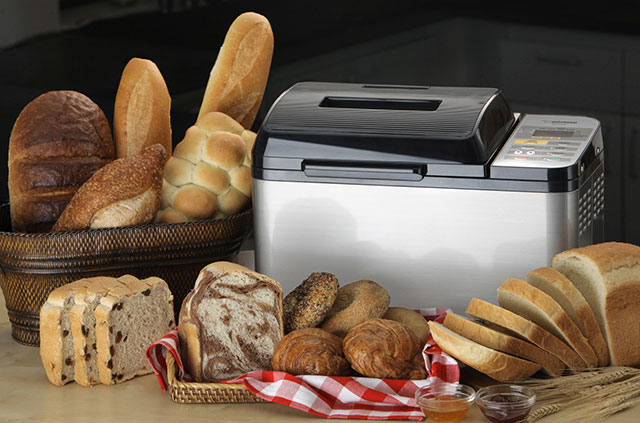 Let me give you an example: baking with yeast is typically an hours-long process when using gluten-containing flours, involving steps like punching the dough down, kneading it for extended periods, allowing it to rise at least twice and babying the dough with time, gentle temperature and moisture. This process, while beautiful and truly an art, is daunting to many. By contrast, baking gluten free yeast breads is a relatively simple and quick process. So much so that I recommend using rapid rise or quick yeast, rather than regular yeast, in gluten free bread baking. There are no steps like punching or kneading, no second rise and less babying. In fact, if you choose to use a bread maker with a gluten free setting, like the Zojirushi Home Bakery Virtuoso® Breadmaker, you simply add the ingredients to the pan, close the lid, press a button and walk away. Two hours later, you are treated to fresh baked, soft and savory bread!

Loads of other foods like rice, quinoa, beans, salads, fruits and vegetables are already gluten free and are easy to prepare. These whole foods plus easy soups, gluten free pasta, lean proteins and homemade breads and treats combine to make a delicious and nutritious, well-rounded meal plan that is far more economical and safer to make at home.

Controlling your budget and your health through diet alone is truly a gift. Once you embrace the gluten free diet for the healthy new lifestyle that it is, you should take pleasure in taking control, learning a new way of cooking, and enjoying more family meals at home, together. You never know what great new memories will be made in the kitchen and around your table!

One thought on “What is a Gluten Free Diet?”