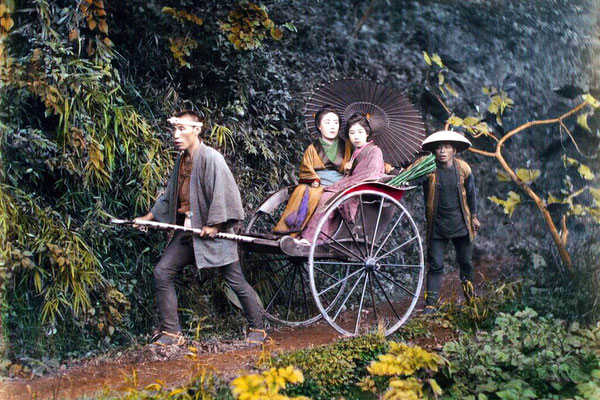 Zojirushi celebrates their 100th Birthday this year. Congratulations! Believe me, this is no small feat. Even though Japan is known for having many companies that are centuries old, if you compare U.S. companies that started in 1994, one in every four were already out of business by 2004—according to the Bureau of Labor Statistics.

I got to thinking—what was Japan like in 1918, when a manufacturer of hand blown glass liners started the beginnings of the company that would one day become Zojirushi? Check out these remarkable images by German-American photographer Arnold Genthe, who followed his passion for Japanese ukiyoe art and spent 6 months touring and shooting ordinary life in Kyoto, Shikoku and Hokkaido during the early 1900s. All of these images are preserved and stored today at the U.S. Library of Congress. Look at them carefully, and you’ll travel back into a different world—but was it so different? 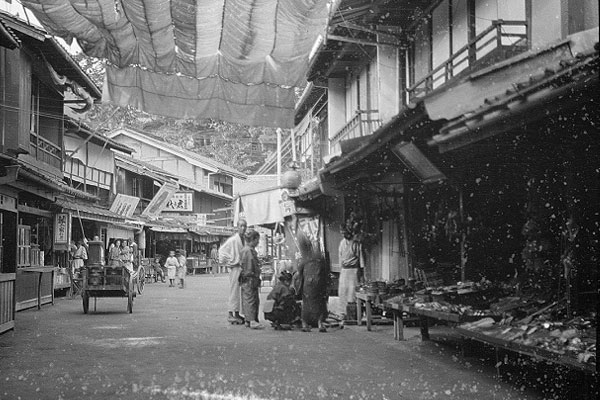 Many of Genthe’s images show street merchants and shopping areas. Not that much has changed, has it? Today’s “shoten-gai” is pretty much the same, other than the buildings and the presence of rickshaws and pull carts. This street even had an overhead canopy–a lot like the ones you see today. 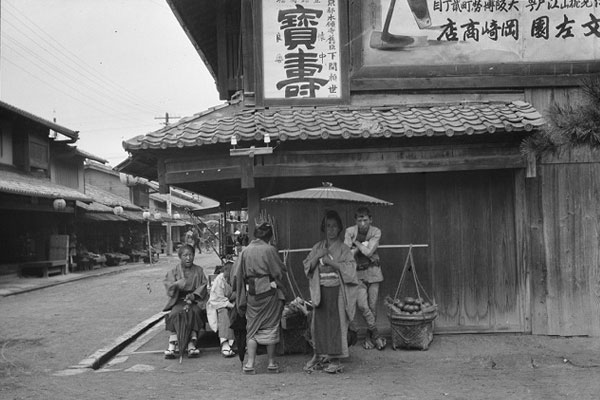 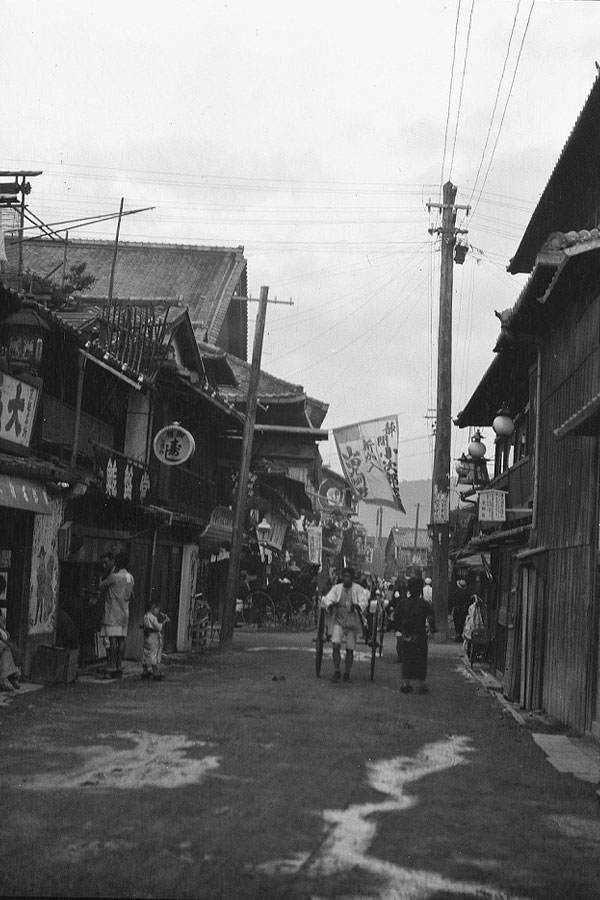 See the power lines? Electricity was first used in Japan in Tokyo in 1878, which wasn’t that far off from the rest of the civilized world. It was still unfamiliar and uncommon in those days. By the time the early 20th Century came, Japan was already an active member of the international community and very modernized. People began wearing western style clothing and started eating new foods, while cars, trains and electricity became part of everyday life. 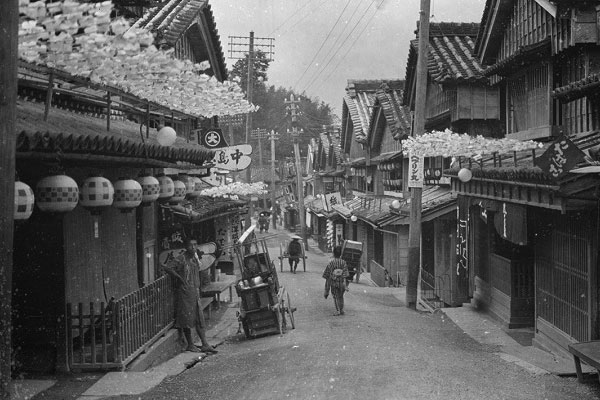 Omigosh! This street definitely needs to be leveled off!

A lovely shot of homes nestled into the mountains. What struck me about this image is that many homes like this can still be seen if you visit the Japanese countryside. Thankfully, not everything changes with industrialization. 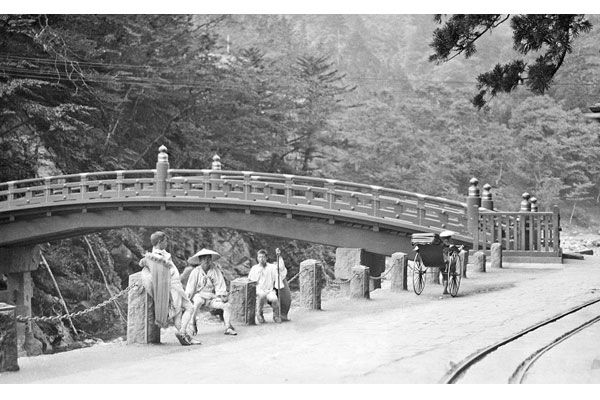 Weary travelers resting at a pitstop, while a rickshaw trots along. The rickshaw was a popular mode of transportation in Japan during the turn of the century, and it was a distinctly Japanese invention. By the late 1800s more than 40,000 rickshaws were carrying people around Tokyo, which was the “taxi” of the times. But it should also be noted that only the wealthy could afford them—a reminder of the widespread class system between the haves and have nots during those days. By the 1930s the rickshaw’s popularity started to decline when Japan’s car industry began to take off. 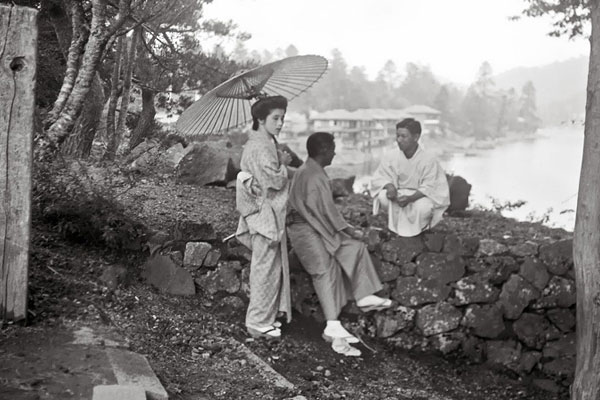 These young people look like they could afford to ride a rickshaw. 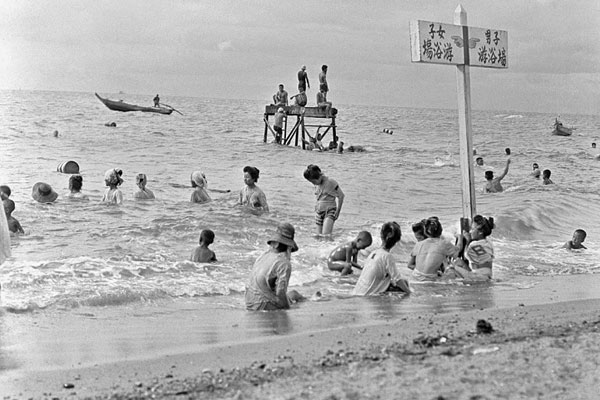 Enjoying a day at the beach. The sign separates “Women to the left, men to the right”. And look! Emojis! 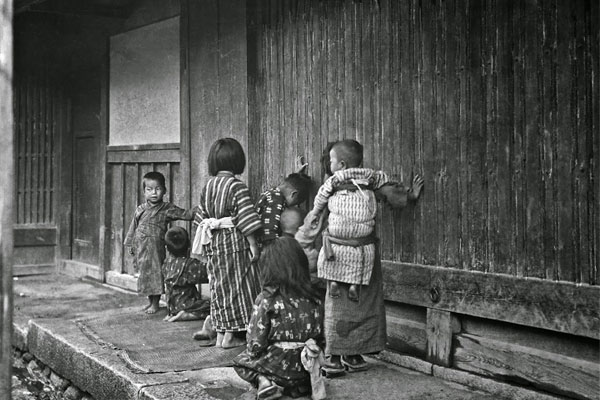 Children are children no matter what. But note that the older girls were made to take care of their baby siblings at a very early age. 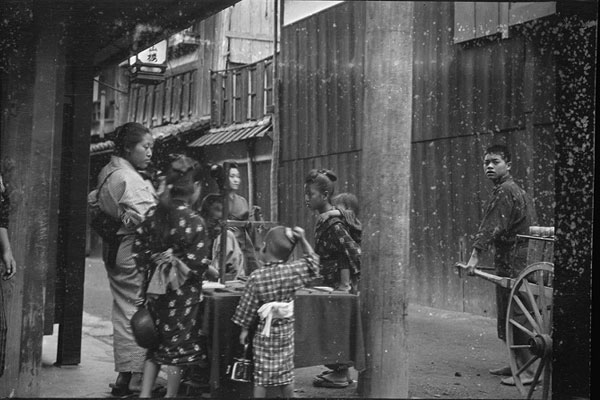 Arnold Genthe took these shots in 1908, keeping his camera hidden while he captured Japanese locals going about their daily lives. It’s a rare look into a past that we don’t often think about—it makes you think about what it means to be 100 years old, doesn’t it?