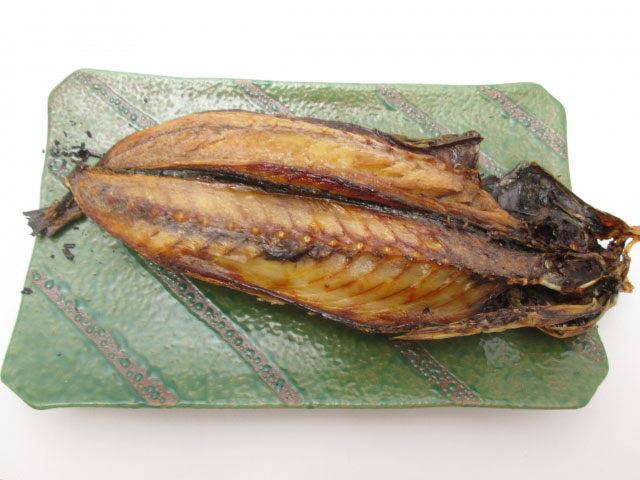 The tradition of eating fermented fish spans cultures from Scandinavia to Europe to Asia. We know of famous examples like garum, from ancient Rome, where small local fish were salted and fermented until they almost liquified. And of the famous Swedish surströmming, where Baltic herring are caught in the spring time, lightly salted and fermented in barrels for months.

Japan’s rich food culture, which prizes fish in all of its varieties, is famous for kusaya, a fermented, dried fish that has a mild taste but a most-definitely acquired smell!

Kusaya is made from small flying fish or mackerel. When made using traditional methods, the freshly caught fish is descaled by hand and then flayed open. The bones, entrails and blood are removed, and the inside of the fish is scrubbed many times in fresh water to remove any remnants. The opened fish is then soaked in a salt brine called “kusaya-jiru” for about 24 hours, then dried in the open air and hot sun for up to two days, before it’s stored in jars. Kusaya is unique in that the brine used to begin the fermentation process is the key to preserving the fish. Every family that makes kusaya in a traditional fashion closely guards their brine recipe. The brines are made of water and small amounts of salt to begin with, then reused for each batch of fish, with some brines lasting as long as 100 years! The brine smells of decay, similar to feces, and an overgrowth of bacteria, lending kusaya the aroma that many who have not grown up with this dish find hard to tolerate. 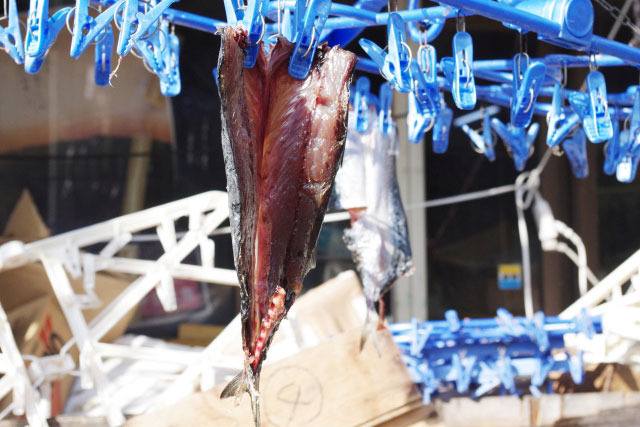 Fermenting fish is a wonderful way to preserve it and to augment and release the umami in the flesh. The fermentation process for kusaya uses the microorganisms in the salt brine to release glutamates from the proteins, sugars and fats in the fish’s meat. These glutamates are the building blocks of umami, the fifth taste in Japanese food culture, and a building block of dashi. Many Japanese eat kusaya with sake or other alcoholic beverages, as it is high in protein and calcium and pairs well with sharper flavors.

Kusaya can be purchased almost anywhere in Japan, most generally in canned or packaged form. But if you’re lucky enough to visit a traditional kusaya maker, overrule the smell around you and try this delicacy!

And don’t forget to share your story with us!

One thought on “An Acquired Taste of Japan – Kusaya!”