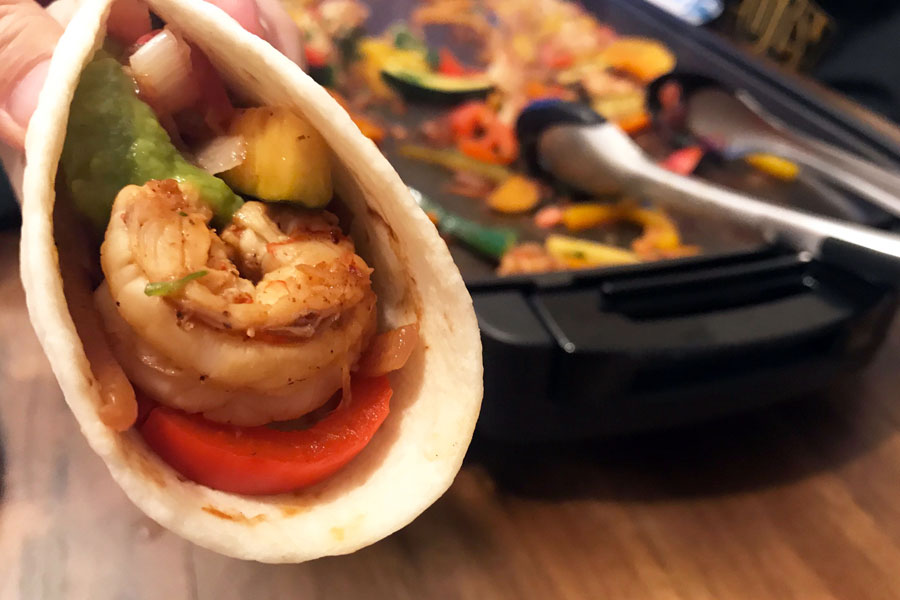 So let me explain something—by the time this post gets published, we (our family) will probably be into over 30 days of being vegetarian. We started around the 2nd or 3rd of January for our New Year’s resolution, and for the most part, all of us have been pretty good at sticking to it. We’ve also had some experience with being vegetarian before; we did it for 40 days a couple of years ago, and let me tell you, it’s hard—for a bunch of meat eaters!

How come I did shrimp fajitas, you say? Cuz we’re chill vegetarians, LOL! To be fair, we only got sidetracked about 3 or 4 times the last time we did this, and we didn’t eat meat at all—only fish. So count the fajita as one of our cheatin’ pescatarian days, and keep it a secret, OK?

Obviously, I’m not the cook in our house, but fajitas are so easy anyone can do them. And it helps to have a big cooking surface like our Zojirushi Electric Griddle where I can do everything at once. The last time I used this, it was for soufflé pancakes and they came out pretty good.

Here’s the ingredients I used. The marinate sauce is store-bought. 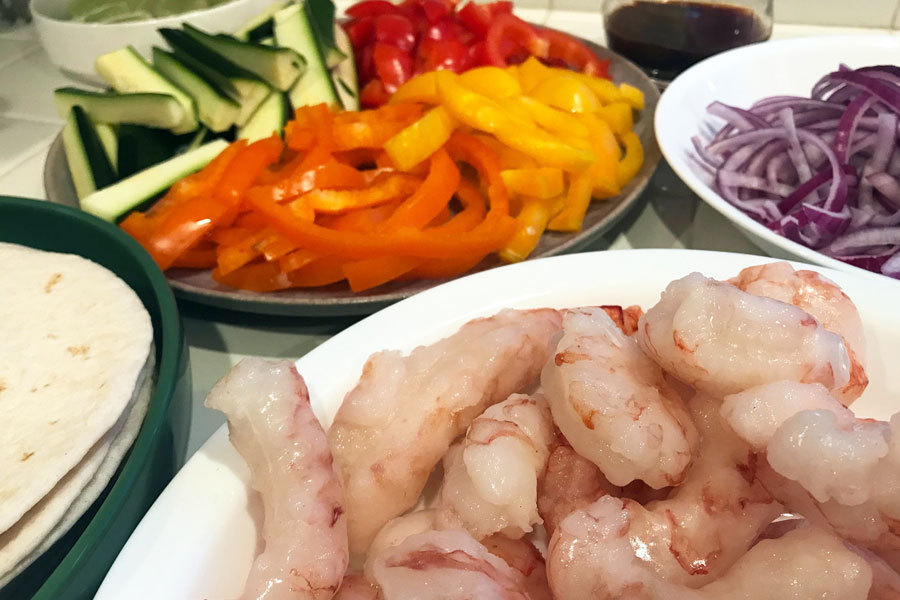 The marinating process. I learned not to keep the shrimp in it too long, because it will start cooking the shrimp; so marinate for only twenty minutes tops. (I didn’t know that! I love it when I learn something new…) 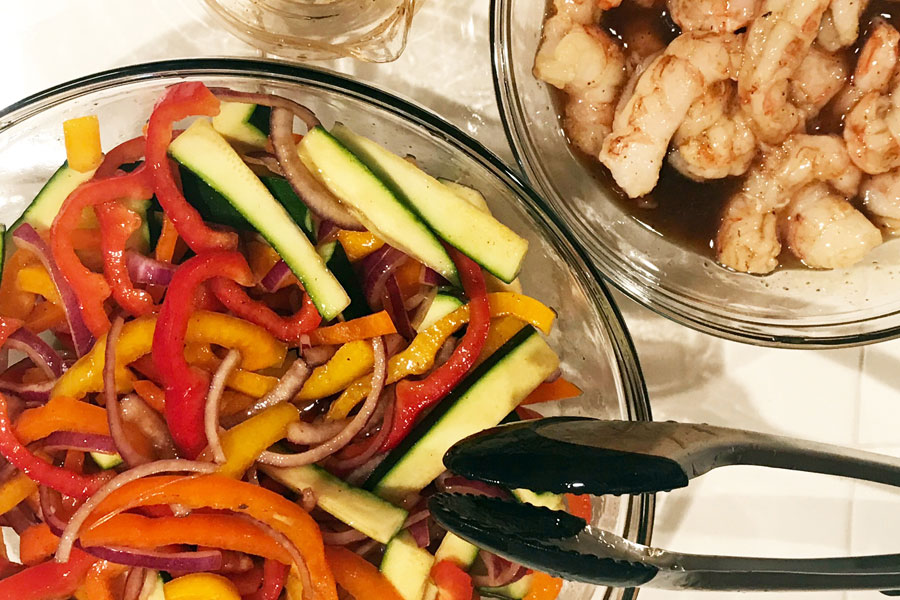 Cooking time! See how all of it fits on this griddle? 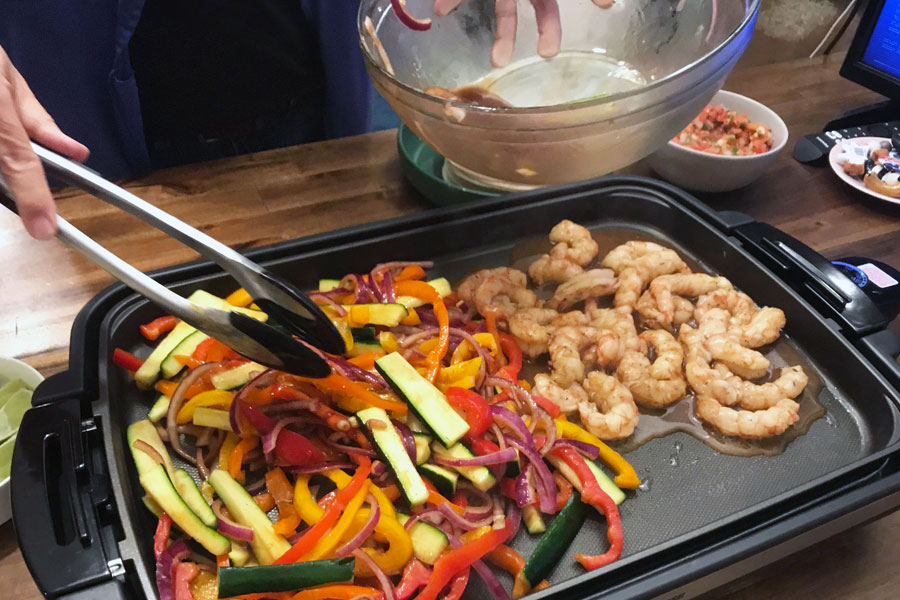 And done! Doesn’t this look beautiful? So healthy too; full of fresh veggies and flavor. I didn’t feel guilty at all, since it was shrimp. Ha! This was actually enough for our family of four… 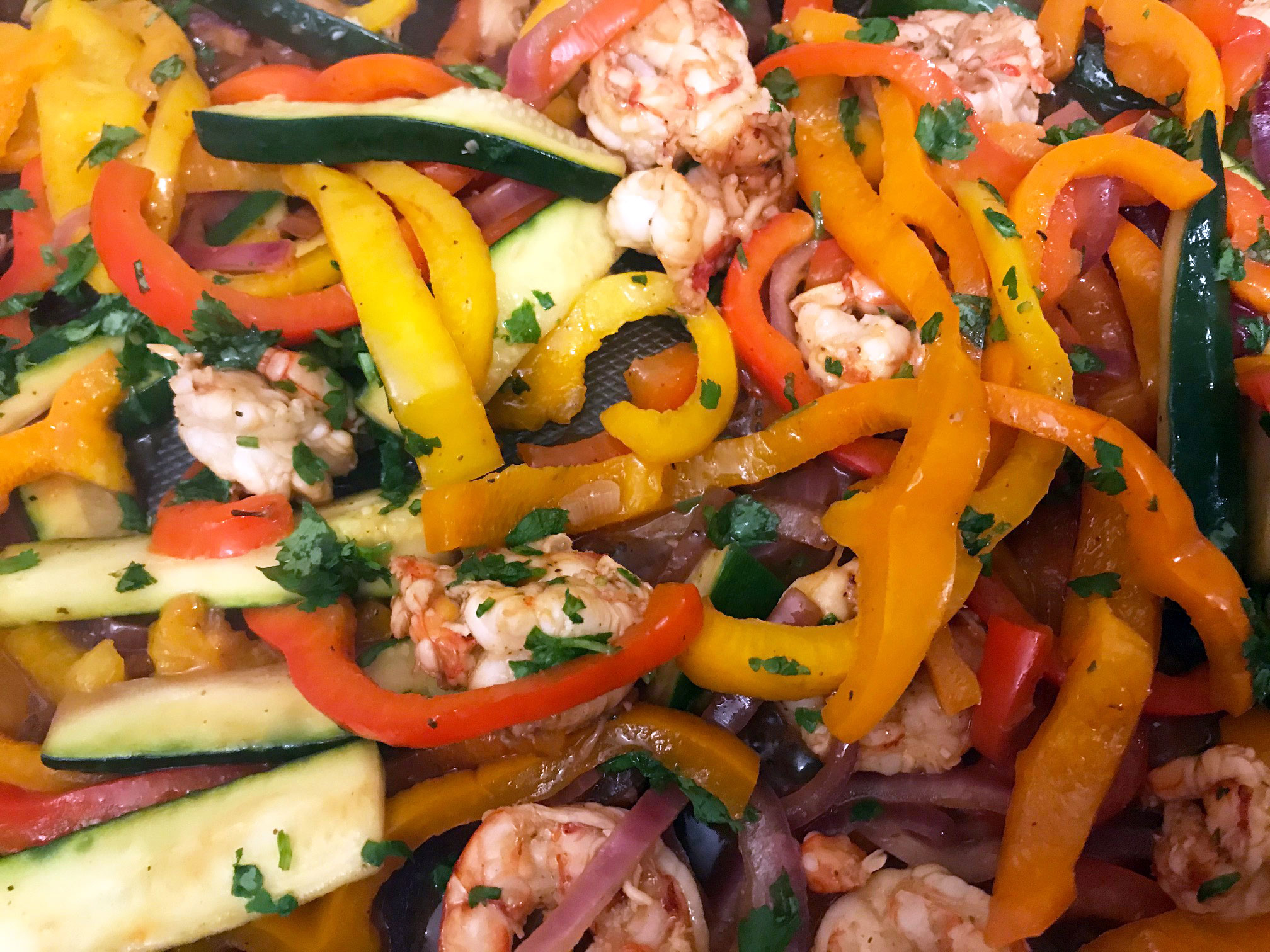 Add salsa and guac and lay it on a flour tortilla; what could be easier than that. I feel it’s much easier to stay disciplined about eating healthy if you aren’t so strict about it—that’s when it starts to become a chore. It’s also easier staying vegetarian when you cook at home. Eating out is tough after a while, as the choices are limited and it starts to get so expensive. 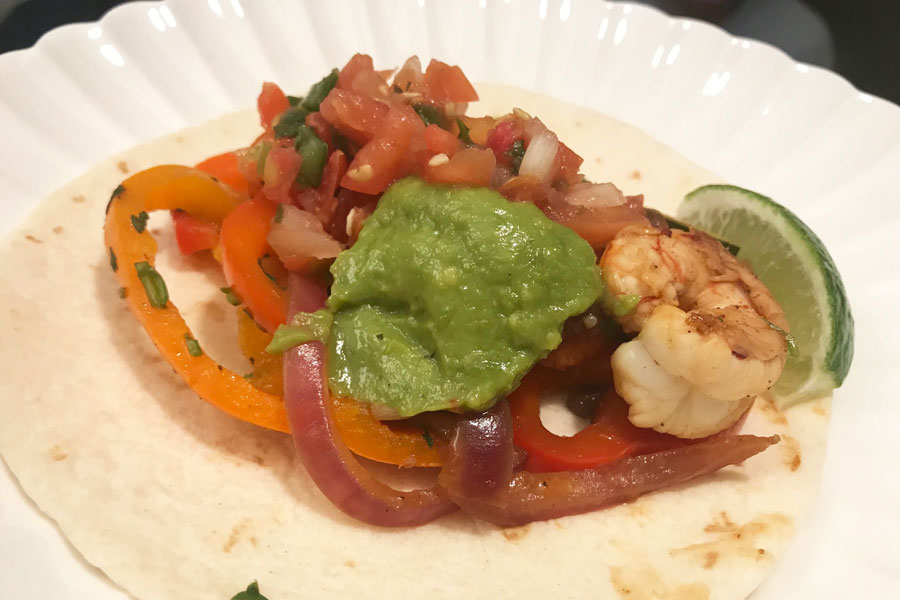 But plant-based foods are so popular these days that you can find it everywhere. A recent trend is the meatless hamburger, which is moving into the mainstream from the gourmet vegan restaurants to the fast food industry. Burger King® and Carl’s Jr.® have them on their menu, and of course McDonald’s® will too, soon enough. We had one from an artisanal burger restaurant in Los Angeles called Monty’s®, which serves a completely vegan hamburger that tasted just like the real thing—honest! Don’t you think it even looks like the real thing? They even use beets to give the “beef” a pinkish color inside, just like a medium rare hamburger! 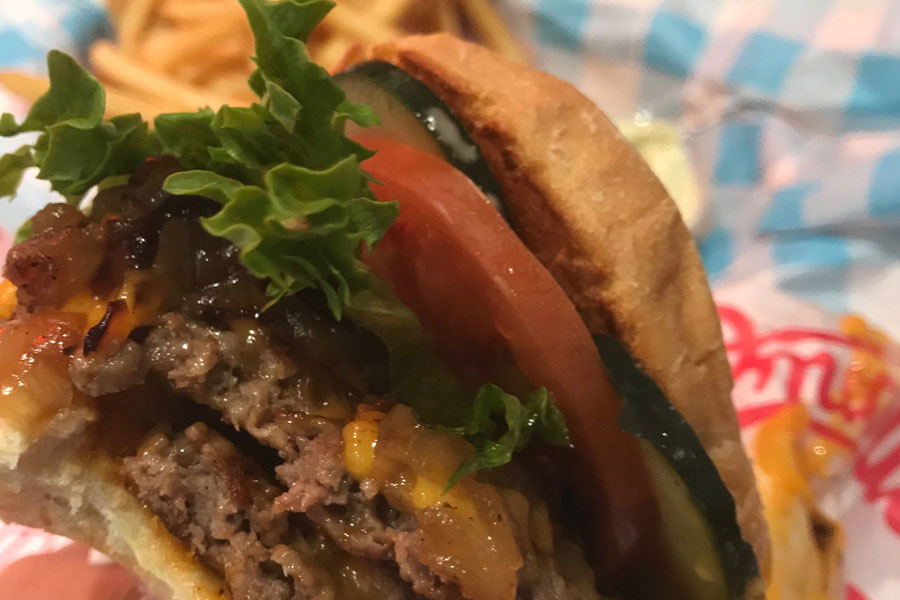 I’m sure we’ll go back to eating meat again eventually, like we did last time. It’s too restrictive, to be honest. But in the meantime, I have to admit I’m feeling “lighter” and I think I’ve got a bit more energy. At least I’m hoping I’ll eat less meat after this is done!

Side note: See “Game Changers” on Netflix® if you get the chance. Amazing documentary on professional athletes who have gone completely vegan and how it’s made them perform better!

All images by Bert Tanimoto