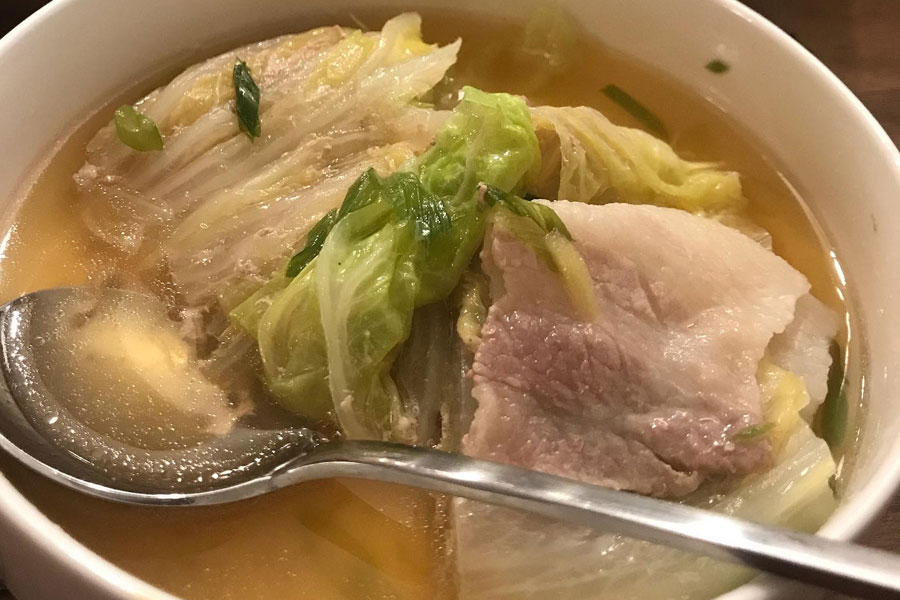 When the weather outside is frightful (sorry, not sorry—I live in SoCal), there are still ways to stay warm inside; and the best way might be a hot pot dinner. Hey, it still gets plenty cold enough for me around here, relatively speaking. I made two hot pots already this month that I’d like to share, and they’re both pretty interesting…

This is a classic Japanese nabe called Mille-Feuille (pronounced “meel-foy” in French), that gets its name from the famous French pastry. You’ve seen this kind before, right? It’s a cake made with layers of puff pastry and a custard cream. It might be easier to find a Napoleon, which is similar but slightly different in the type of cream that’s used. These are both Napoleons, but you get the idea. 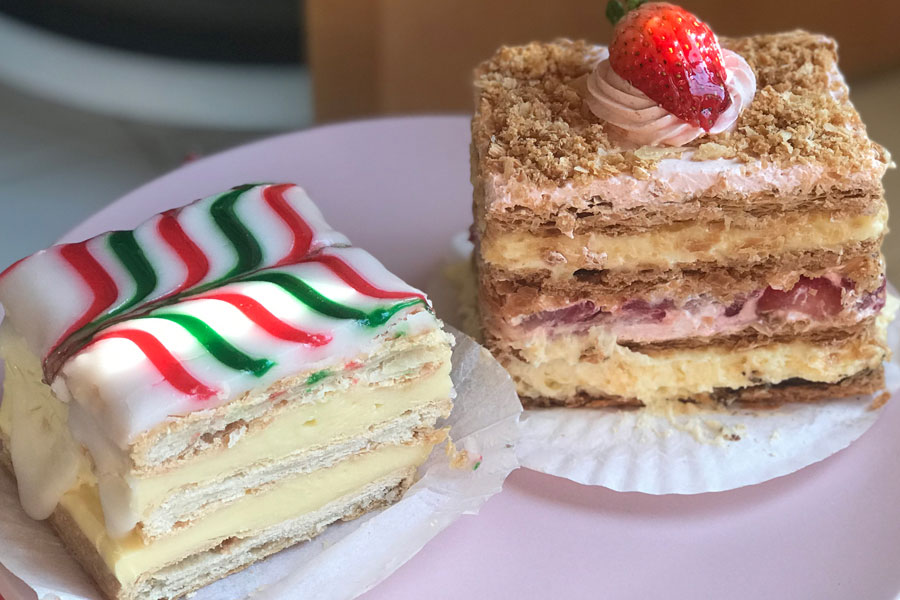 “Mille feuille” literally means “thousand leaves”; can you guess why this hotpot is so popular in Japan? I cannot tell a lie—this beautiful creation was my wife’s skill, but I did help! The main prep was getting thin sliced pork and stuffing it in between the leaves of the napa cabbage. 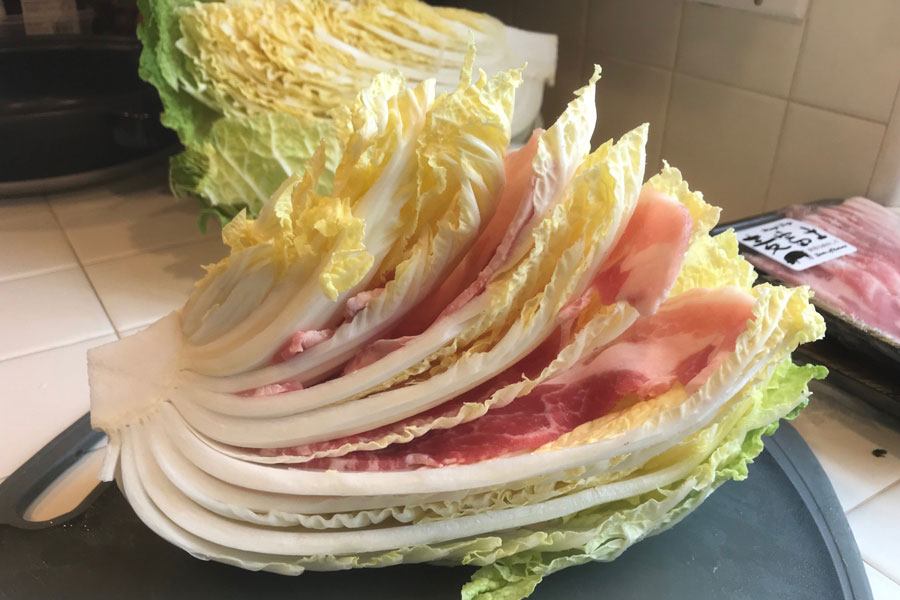 Then you layer it in your pot like a fan (probably from the outside-in is best), and pack it in tight! The cabbage will shrink as it cooks, so you don’t want it to fall apart. Part of this dish uses enoki mushrooms, so if you end of with empty space you can always use that to fill it up. The broth is a basic dashi stock with ginger, soy sauce and sake—there are plenty of recipes online and it seems like everyone has their own style. 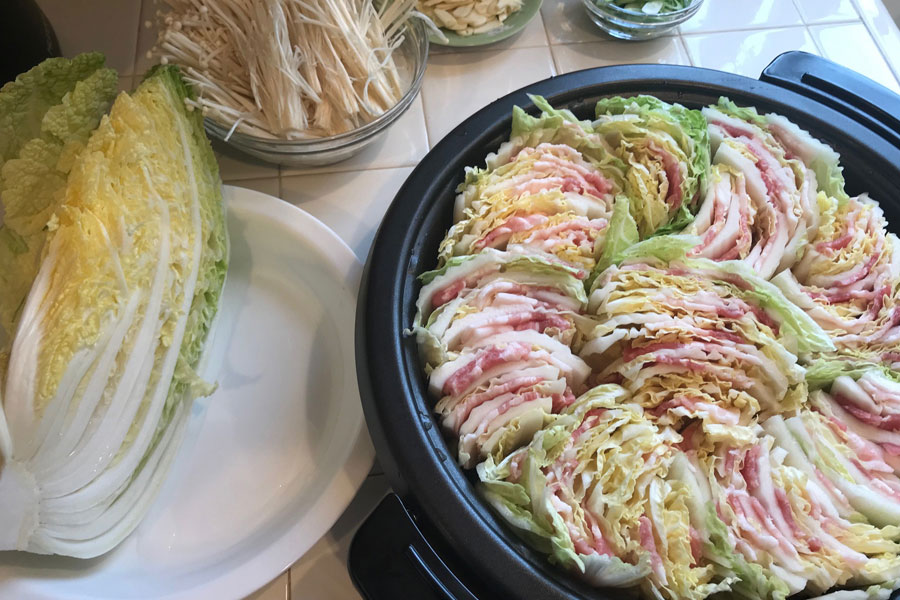 I’m using the smaller skillet from Zojirushi this time (EP-PBC10), which was plenty big enough for our little family. We had leftovers. Be warned that you don’t want to overcook this, and the Zojirushi skillet heats up fast as soon as you cover it.

Within less than 10 minutes, it was done and ready to dig in! 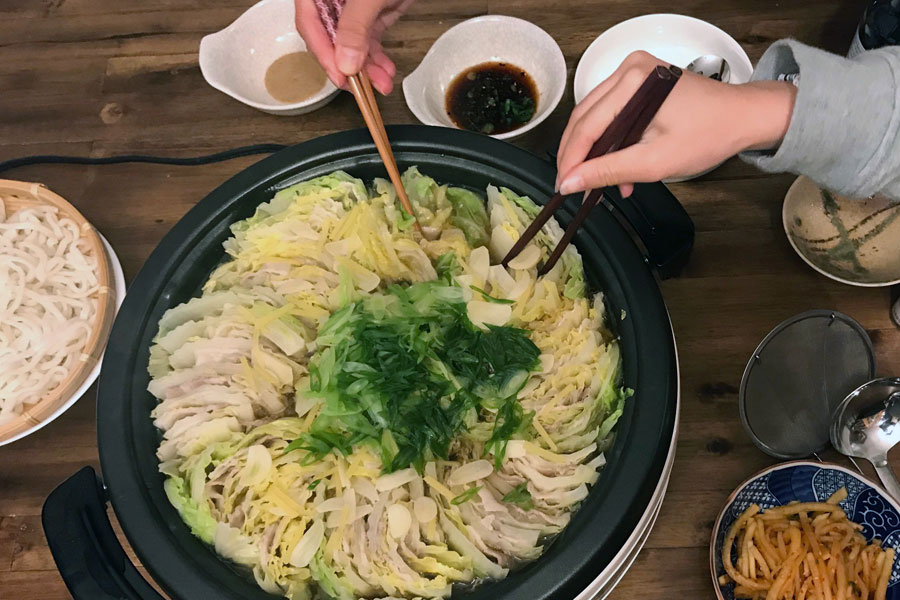 If you want to understand Japanese cuisine, this is the kind of dish that is typical. Much like shabu-shabu, you get to taste the ingredients for what they are—not over flavored or spiced up to beyond recognition. Simple in visual presentation but so elegant and tasteful. And so hearty by itself it doesn’t require any side dishes if you don’t have any. Our dipping sauces were just store bought bottles of ponzu and sesame salad dressing! We finished with udon in the broth, although a lot of people like to use rice instead.

The second Asian hot pot I did was a Korean one called Budae Jjigae, also known as “Army Stew”. 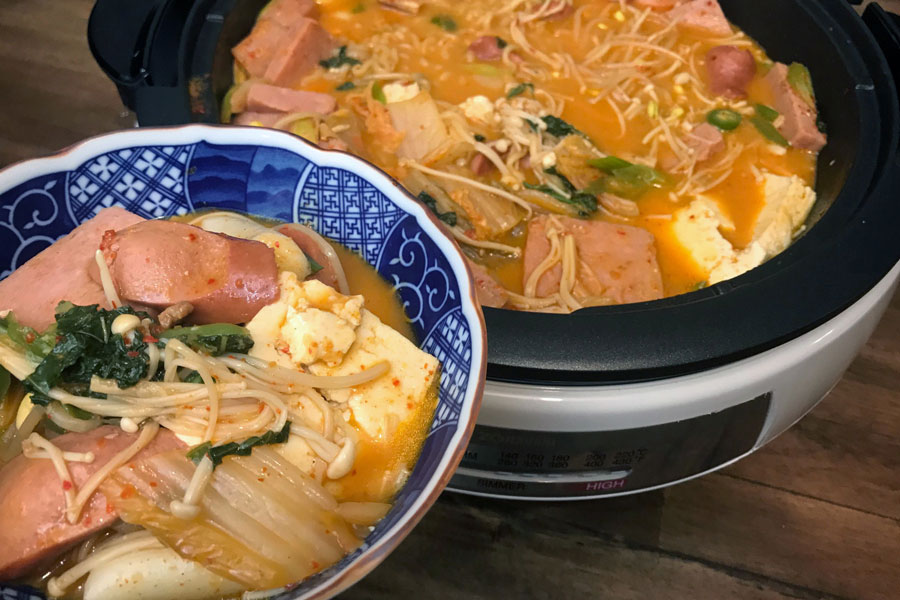 My father-in-law, who was a Hawaiian man married to a Korean lady (whom he met in Korea when he was in the army), loved this stew. Can you guess why? I mean, take a look at the ingredients—Spam®, hot dogs and kimchi. What’s not to like? And yes, I know there’s a lot of people out there that are repulsed by Spam®, but try to keep an open mind. Granted, this dish wouldn’t win any healthy eating awards, but it originated during the post-Korean War era, when food was scarce. Many Koreans, who lived near the Army bases, supplemented their diet with canned processed foods that they could get from the soldiers. This was how Budae Jjigae (literally “army base stew”) was born. The slices of American cheese are a nice touch, aren’t they? 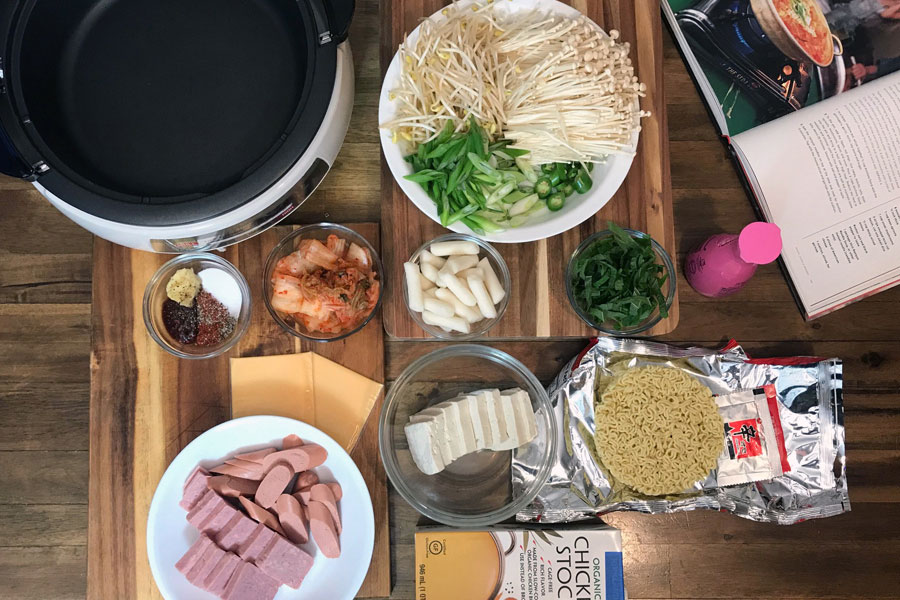 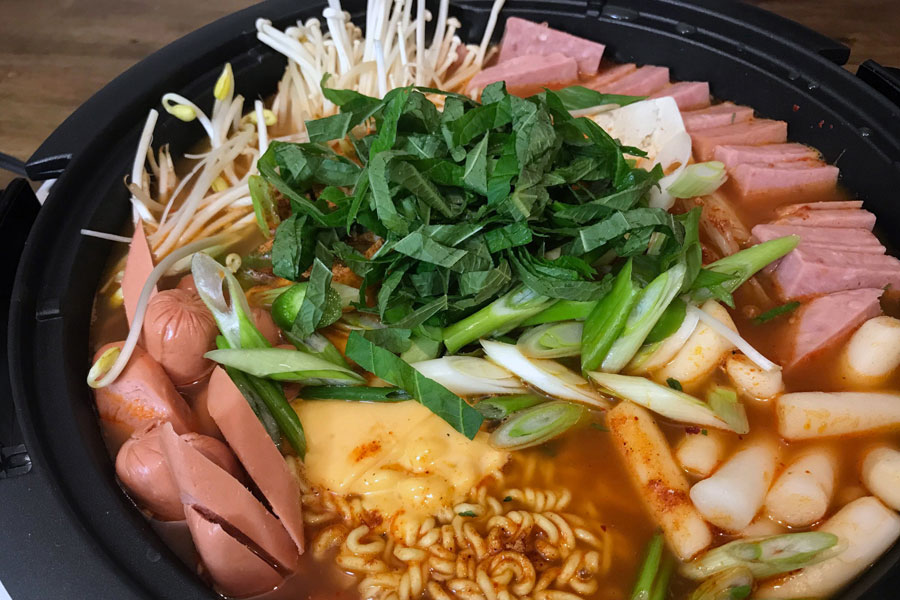 All done and ready to eat! Some would say that this hot pot is really just a glorified Korean instant ramyeon (ramen). And in fact, I threw the flavor packets that came with the ramyeon into the stew as well—everything goes in! 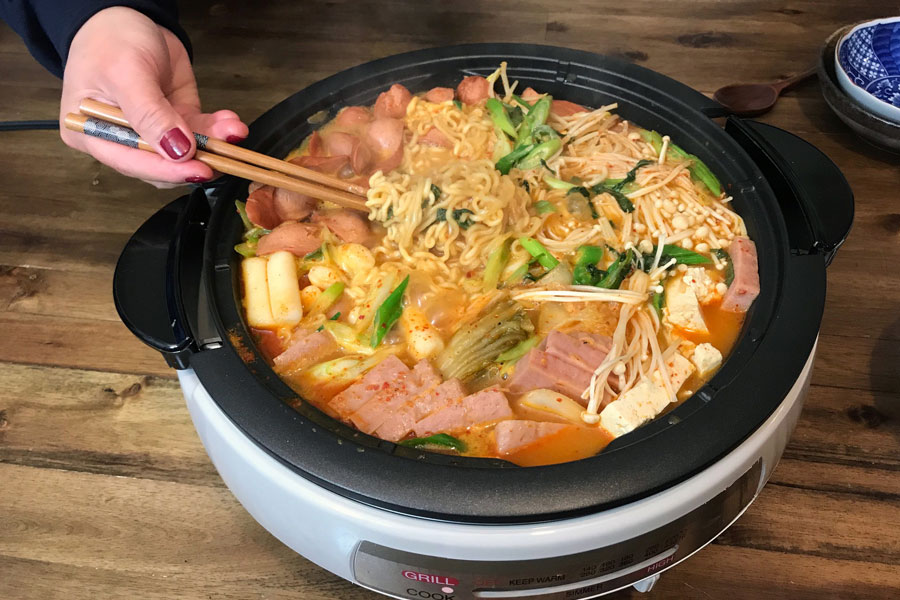 So there you go—two very different hot pots. Stay warm! 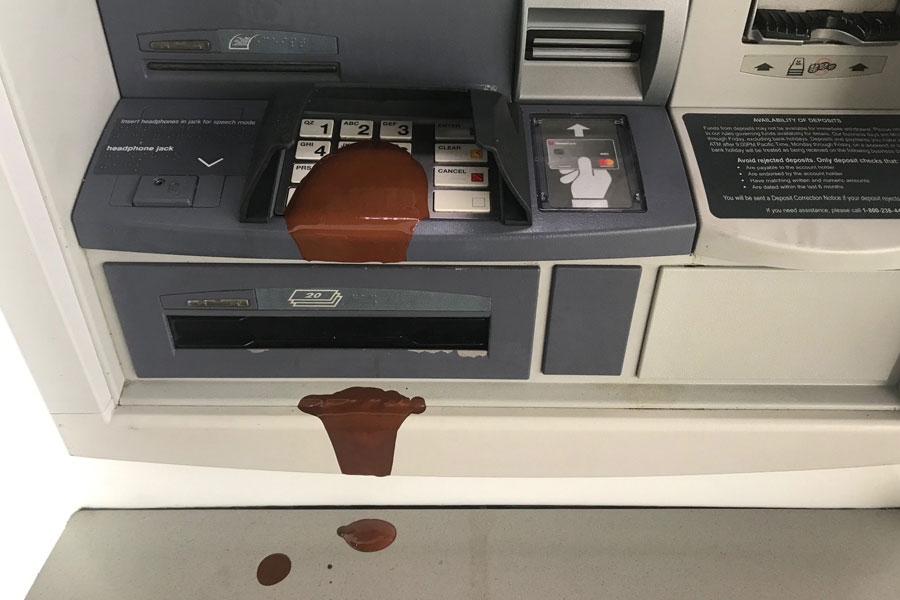 All photos by Bert Tanimoto