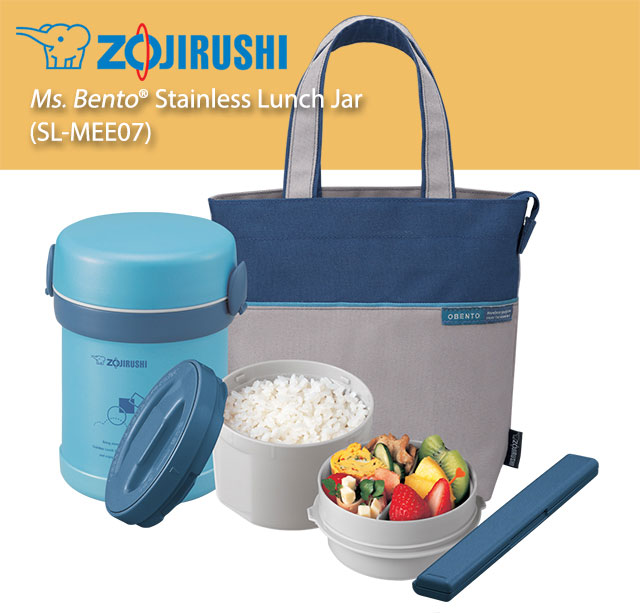 September means back to school, college and work! Our Ms. Bento® Stainless Lunch Jar keeps you organized with a convenient way to take fresh and wholesome food with you, wherever you go.

The durable outer container is made using Zojirushi’s superior vacuum insulation technology, which creates lasting insulation by removing the air between two layers of stainless steel walls. This keeps food hot or cold for hours.

The two inner bowls are perfect for a variety of foods. The main bowl has a 10 oz. capacity, good for holding rice, meat, vegetables, pasta or noodles. The main bowl’s insulated lid locks into place and helps to retain the temperature of the food inside the bowl, as well as prevent heat or cold from transferring from the side bowl, which sits above the main bowl and keeps foods at room temperature. The side bowl has an 11 oz. capacity, and holds foods such as salads, vegetables, fruit and desserts. Both bowls are locked into place with the outer lid.

Like all of our products, the inner bowls, outer container, lids and chopsticks are all easy to clean with soap and warm water.

The Ms. Bento® Stainless Lunch Jar comes in Aqua Blue and fits into the matching tote bag. It’s one of our best-selling products and we know you’ll love its practical and stylish convenience.

As always, we would love to hear from you, so be sure to leave a comment below. 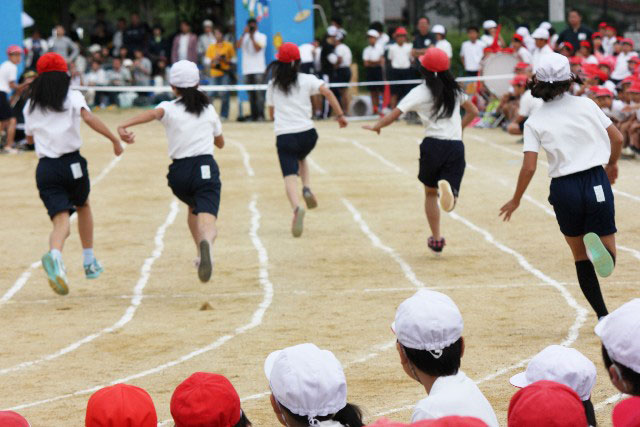 Every year in Japan, schools hold sports festivals showcasing their students’ physical talents in competitive and cooperative sports. Families and members of the community all assemble at their local or school stadium and watch children at each grade level compete in track and field, dance, o-en-dan, kumi-taiso, ki-ba-sen, tama-ire and ball games.

Undo-kai festivals are daylong events, and often coincide with the National Sports Day holiday on October 10, which commemorates the opening of the 1964 Olympic Games in 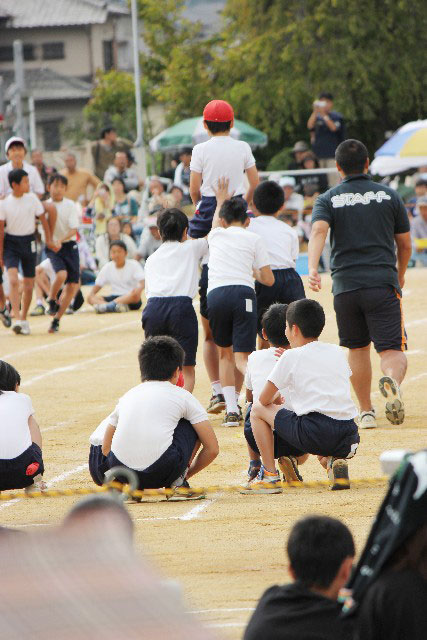 Tokyo. The day begins in the morning, with a procession of children marching to music in their gym uniforms – red teams (aka gumi) separated from white teams (shiro gumi) by the color of their hats. Families spread out blankets on the nearby grass, and lay out their cushions and picnic lunches, ready for the morning’s performances. Children on each team warm-up and stretch, the o-en-dan cheering squads perform dances to music and taiko drums, and the track and field and ball games begin!

Each team has been practicing for this event, from the youngest first grader to older sixth grade students. Each member of the team contributes to the team’s points, which will be tallied at the end of the day to declare a winner. The morning’s competition breaks for one of the highlights for families…a picnic or bento lunch.

Students share the bento lunch with their families, taking a long break in the shade to rest and prepare for the afternoon’s competition. Bento lunches are as much a part of the Undo-kai tradition as the games themselves. Parents and grandparents have been up since early morning preparing onigiri, fresh vegetables, fruit, desserts, chicken, fish, shrimp, omelets, sausages, salads, pickles and sandwiches. The shapes and colors and textures of the food, all delicately seasoned, is a sight to see! Freshly-brewed tea is loaded into insulated bottles and the entire feast is packed in beautiful, stackable bento boxes. 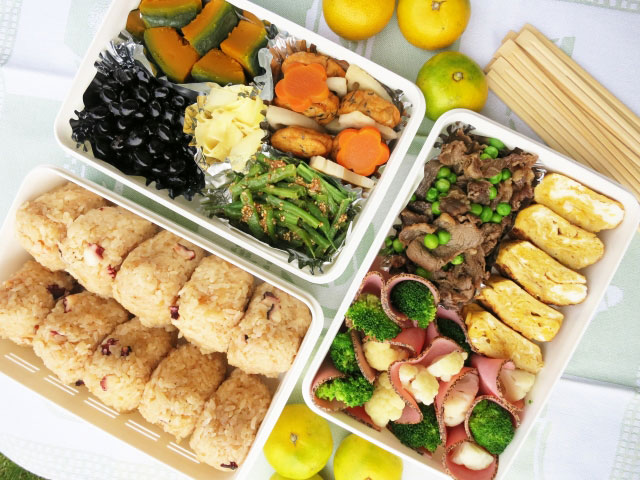 After eating until everyone is satisfied, the children return to the games, and the afternoon’s competitions of kumi-taiso (group gymnastics), ki-ba-sen (shoulder war), dancing and music continue as more points are collected for each team. Finally, the games end, and the scores for each team are announced. The school principal and representatives from each team lead the closing ceremonies. Win, lose or tie, each team has demonstrated a quintessentially Japanese trait… cooperation, even while competing.