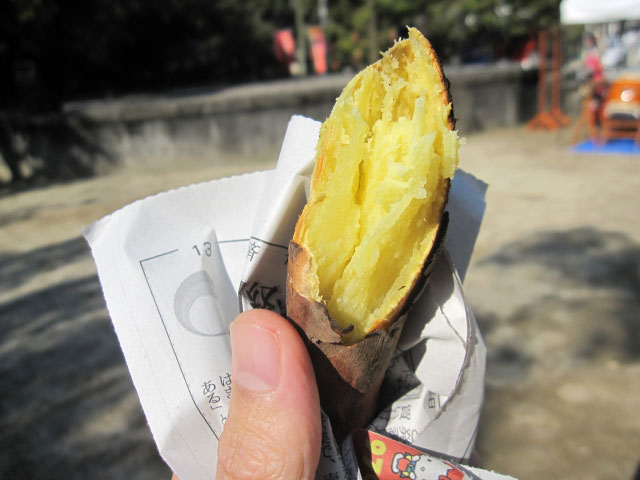 Anyone who has spent autumn or winter in Japan knows how exciting it is to hear the sound of the “yakiimo man” driving through their neighborhood in his mini-truck. His iconic call to come enjoy a hot sweet potato has children eager and adults nostalgic for the days when they ran out into the cold to get these stone-baked treats. Whether the yakiimo man sings his own melancholy song or broadcasts it from the loudspeaker mounted on his truck, the wintery tune brings smiles even in the coldest weather.

Yakiimo is a sweet potato, most typically of the satsumaimo variety found in southern Japan. These sweet potatoes were brought to Japan from Central America by way of China in the late 16th century. Their cultivation was limited to the subtropical southern region of Kagoshima Prefecture for many years, until a widespread rice famine struck the country in the mid-18th century. In heavily populated areas, especially near modern-day Tokyo, crop failures led to major food shortages, starvation and civil unrest.  Konyo Aoki, a local scholar, experimented with growing satsumaimo in the Kanto region in order to help feed the hungry Japanese people. This colder northern area was traditionally thought to be inhospitable to growing satsumaimo, but Konyo was able to help them flourish, and their popularity soon spread. 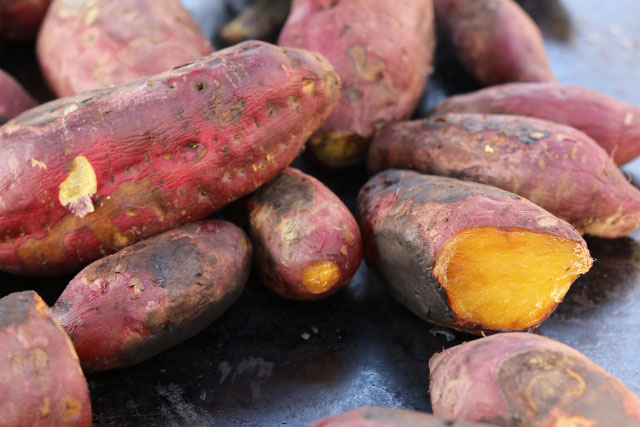 Satsumaimo have reddish-purple skin and cream colored flesh, starchy and sweet. The yakiimo man bakes them in hot stones placed inside a propane-powered, steel stove in the back of his mini-truck. He bakes the sweet potatoes until their skin is browned and wrinkled and the insides are soft, giving them to hungry people wrapped in paper. You might hear those same hungry people say “Achi! Achi!”, or “Hot! Hot!” as they hold the fresh sweet potatoes.

Yakiimo can now be found in many convenience stores, but nothing replaces the experience of breaking them open and taking the first savory-sweet bite from the one purchased directly from the yakiimo man.

Until next time, stay warm and don’t forget to look out for next month’s post about Japanese street food!