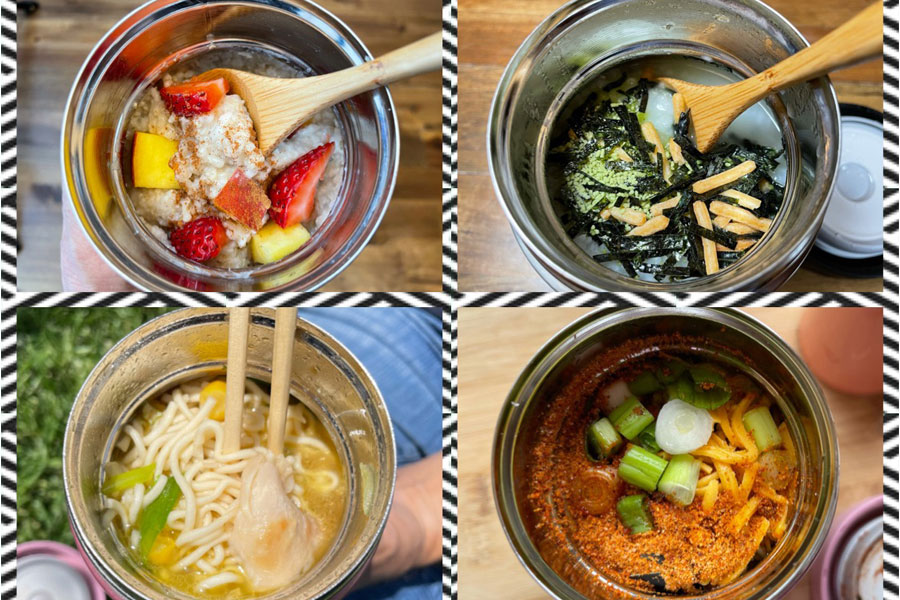 Being that August is National Picnic Month, this is the perfect time to break out your food jars and actually go on that hike you’ve been talking about—let’s all lose that extra poundage from sitting around the house! Well, I’m speaking for myself, anyway.

So here’s my thought on food jars and what they’re good for—to be honest, I’m not likely to cook something on my stove just to bring in my jar. Eh…not enough benefits for me, and I can’t see the point. BUT using raw ingredients and having my jar do the cooking? That to me is brilliant. I thought I’d try experimenting one weekend and was surprised to see how much fun I had.

I got these two recipes from the Zojirushi site; the ones for oatmeal: 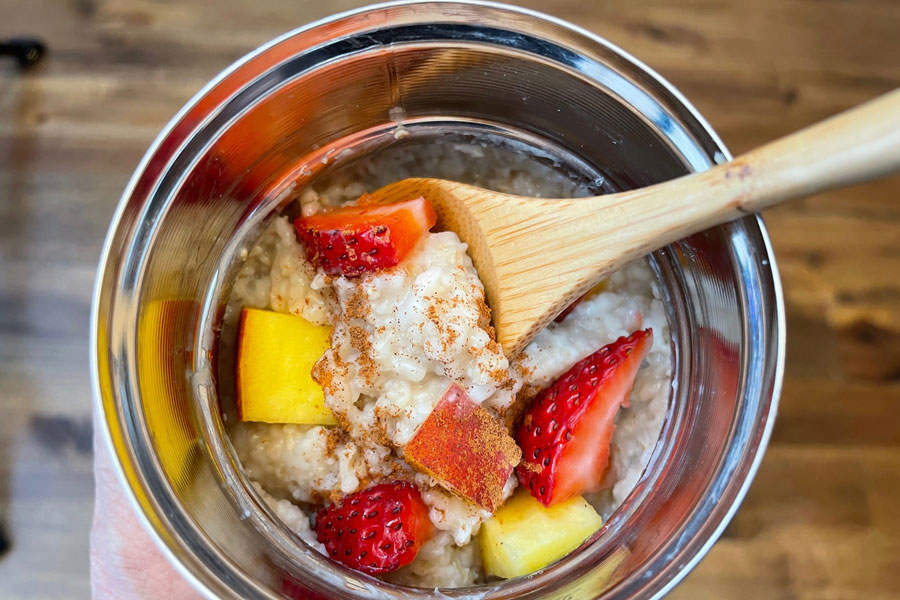 And the one for rice porridge (called okayu in Japanese): 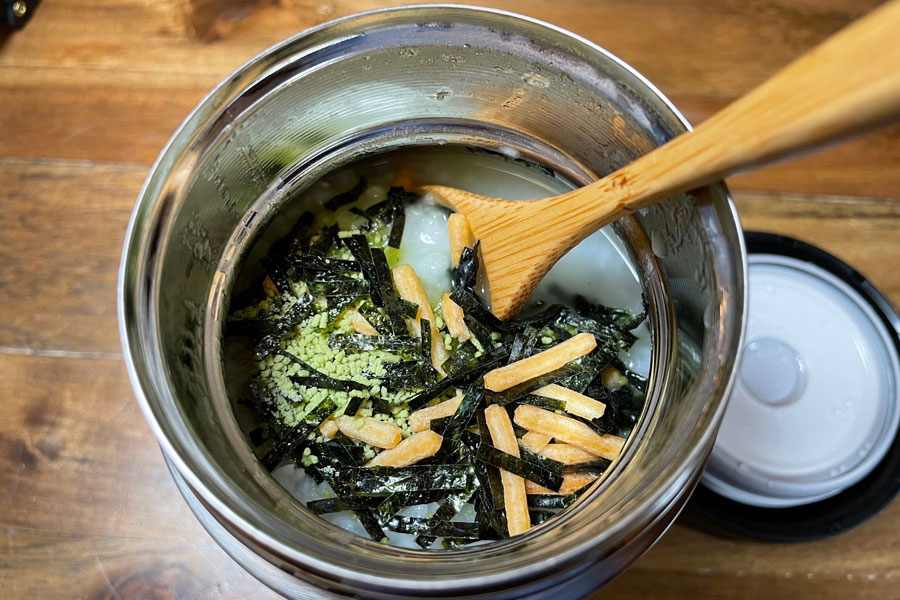 These are both made just by filling the jar with the raw, uncooked rice and oats, then filling with boiling water and letting it sit for a couple of hours. Both of these were impressive. If you haven’t yet tried this you’ll be amazed. The oatmeal was plenty warm enough to eat after a couple of hours—I could totally see myself bringing it to work and having it for breakfast. Especially since my commute used to be an hour-and-a-half!

The rice porridge blew me away. Even after what was probably over 4 hours, it was so hot you had to blow on it! It was amazing to me how you could get fully cooked rice from hard, raw grains without doing anything except to let it sit. Make your own adjustments—if you like it more soupy, use less rice and more hot water. And be sure to wash the rice good before you put it in the jar; it’ll keep it from getting too gluey at the bottom.

This led me to trying other things with these jars and here’s what I found out. It might seem obvious, but if you have a vacuum drink bottle to hold the hot water, you can make an Instant Ramen Kit to take anywhere. I have a 17oz. size food jar which was big enough to hold a full pack of ramen, the soup packet, some leftover chicken, corn, green onions and a pat of butter. 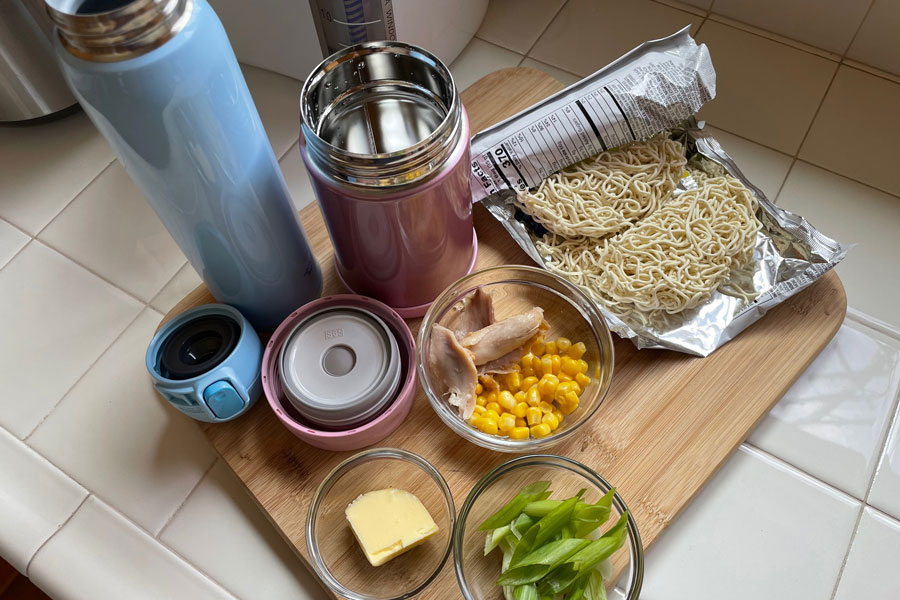 Bring your Ramen Kit on a picnic and pour the hot water from your bottle into the food jar. Let it sit for the normal amount of cooking time (around 5 min). 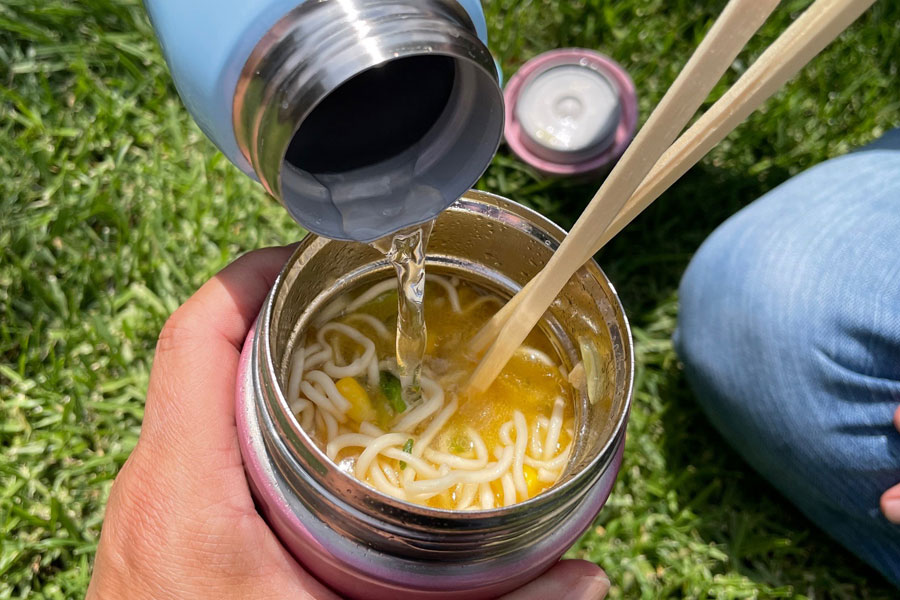 Done and delicious! You might need to make adjustments to the broth. Mine was a little salty so I simply thinned it some more with the extra hot water from my bottle. (Next time I’ll use less soup powder.) 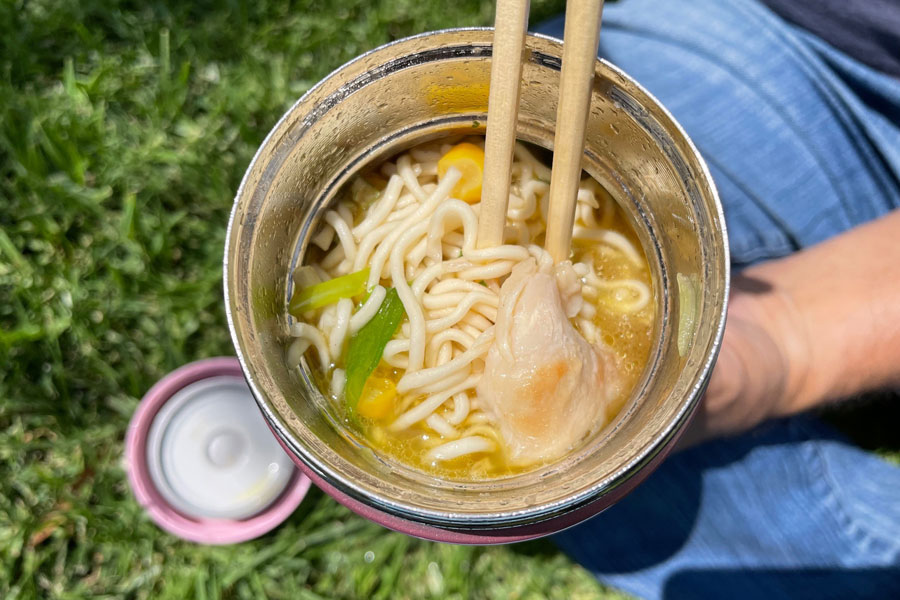 Here’s my Korean style instant ramyeon, with shredded cheese added. My tip for this one: although delicious, don’t use cheese unless you’re OK with cleaning it out of your food jar afterward. Don’t get me wrong, the non-stick surface works great, but you will need to be able to scrub a little. 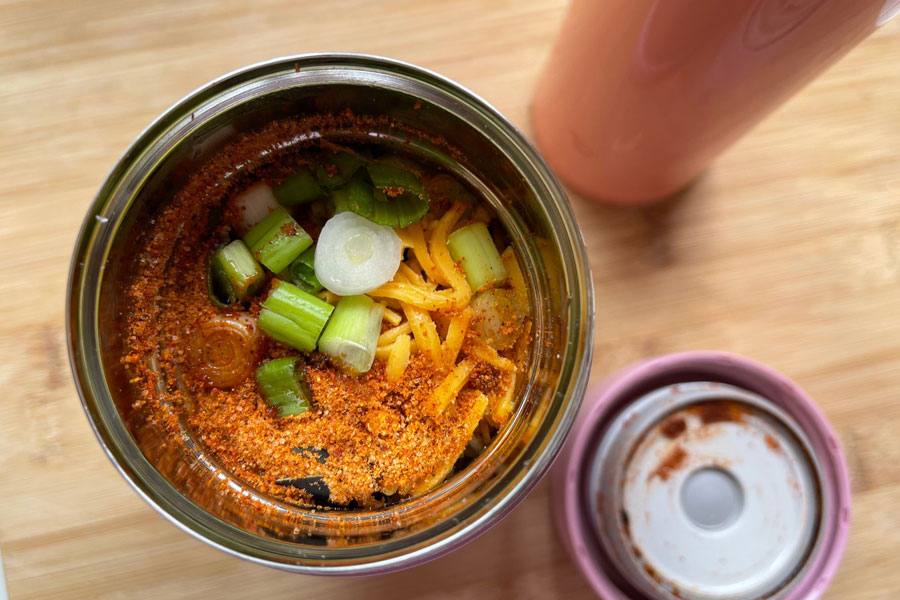 Here’s one I made up myself. Since the rice porridge was so successful, I decided to make my own version of a Lemon Rice Soup, based on the Greek avgolemono. It’s a lighter version because I didn’t want to put eggs or cream in it, but good idea, right? 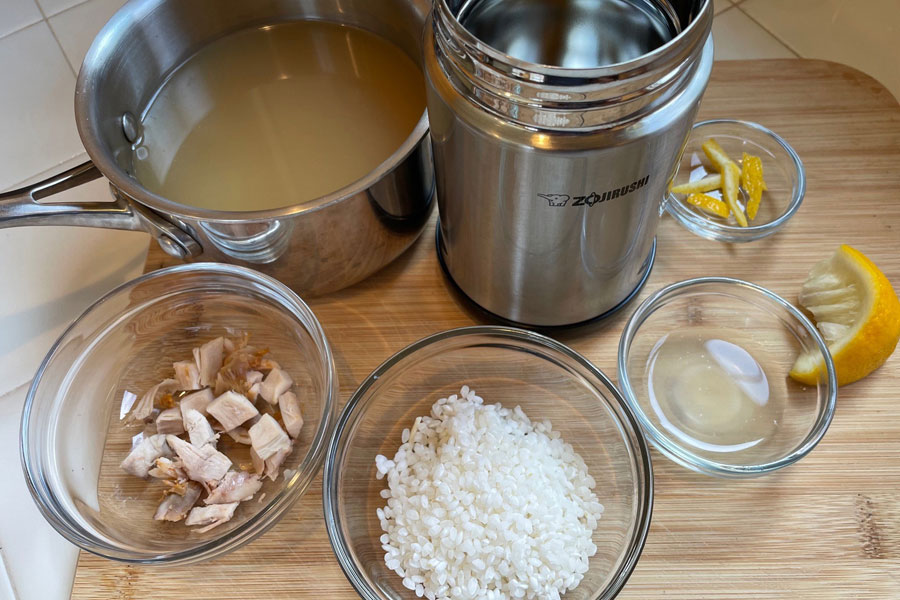 I have to declare this a success as well! Very refreshing, ha-ha! The big difference between this soup and the rice porridge is that it uses hot broth stock instead of water to cook in the jar. But it made no difference—after a couple hours, it was ready to eat! 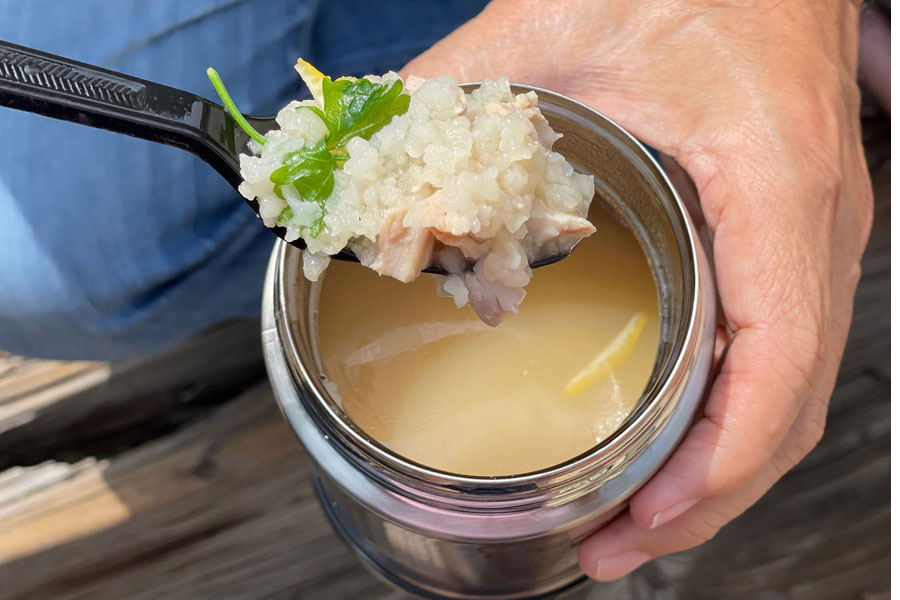 So that’s my report from my food jar lab. I think with more experimentation I could do even more with them. You should try too; thermal cooking is like science!

One thought on “Food Jar Fun”