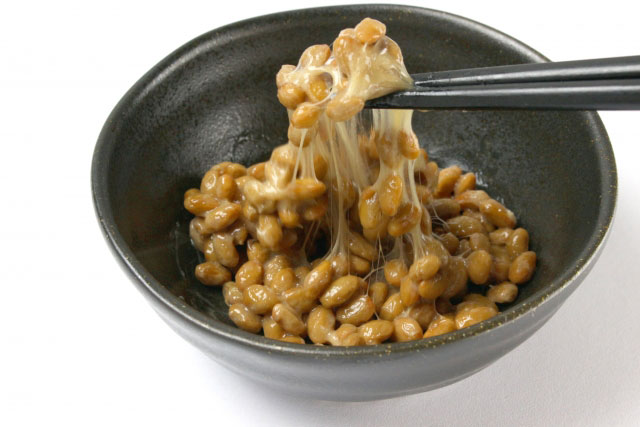 We all know that Japanese food is delicious, that it’s based on a culinary tradition that produces such delicacies as sushi and ramen, kaiseki ryori and shojin ryori, that reveres the umami and inherent goodness of food.

But do you know about the more unique foods of Japan?

We start off 2018 with a new series about Japanese food—all about the dishes that perhaps take some time to be loved! Natto is one of those dishes, and is a food that any child raised in Japan is familiar with.

Natto is a dish made of fermented soybeans, full of probiotics, B & K vitamins, fiber and minerals. It’s traditionally eaten along with rice for breakfast… and is a most acquired taste! 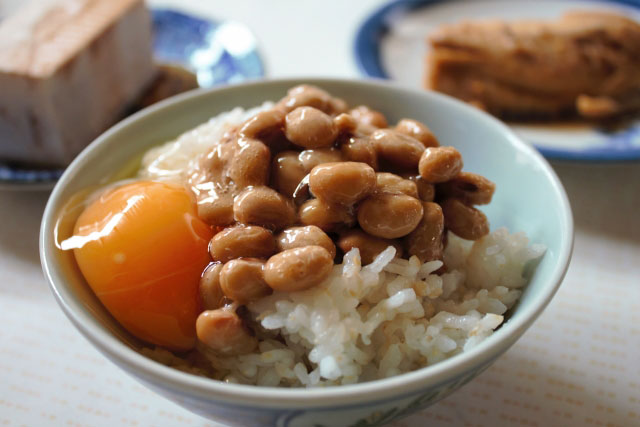 There are multiple varieties of natto produced in Japan, and the most commonly prepared type is called itohiki natto, or “stringy natto”. The strings are a result of how the soybeans are prepared. Raw beans are first soaked for several hours, and then steamed until softened. The beans are inoculated with either Bacillus natto or Bacillus subtilis and then allowed to ferment for about 24 hours at around 104°F. When removed from the fermentation container, the beans have a pungent aroma, similar to mild ammonia, and are surrounded by gossamer threads of biofilm, giving them a sticky, slippery texture.

Slippery and slimy. It’s no wonder that legends abound about its origin! Some say that natto was discovered accidentally about 1000 years ago, when warm, cooked soybeans were placed in a sack made of rice straw and transported by horseback. The warmth of the animal fermented the cooked beans, and when the sack was opened at its destination, natto was inside! 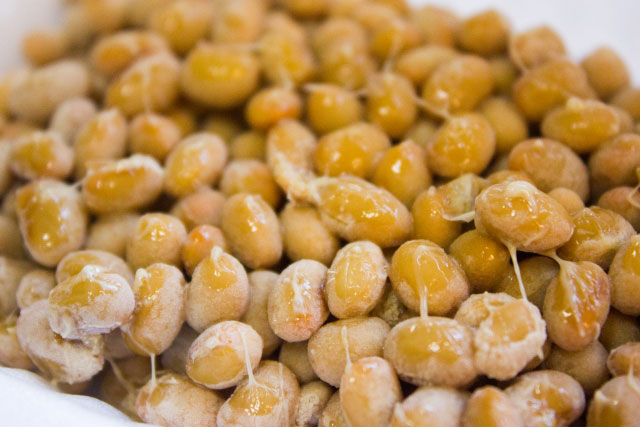 Natto is being studied by modern food scientists and microbiologists because of its superfood properties and long-term health benefits experienced by people who traditionally eat this unique food. Dr. Ralph Holsworth, a biomedical researcher, has coauthored several studies about the enzyme nattokinase, a byproduct of the fermentation process, that have shown that the enzyme assists in the prevention of arterial plaque formation. Dr. Ann Yonetani, a food scientist and microbiologist, has also studied the benefits of natto on the human microbiome, stating that although more scientific data needs to be generated, the probiotics found in natto are more likely to survive through the digestive tract and colonize the intestines with beneficial bacteria, compared to other probiotics.

Japan isn’t the only country that lays claim to natto, although it may be where the dish comes from. A version of natto is found in the “natto triangle”, including Thailand, Northeastern India, Korea and parts of China. Commercial manufacturers and artisanal cooks make natto in the US and numerous varieties can be found at Japanese markets.

Natto is a must-try unique dish of Japan! Check it out and tell us what you think!

8 thoughts on “An Acquired Taste of Japan – Natto!”

Leave a Reply to Audrey B Cancel reply