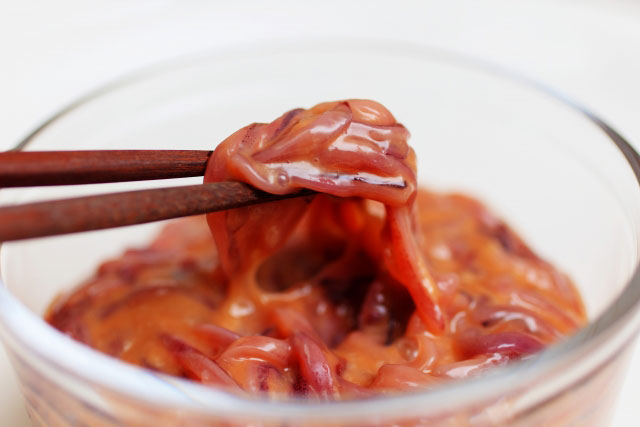 Did you enjoy our post last month? If not, this month’s exploration about an Acquired Taste of Japan might be more appetizing for us less adventurous eaters!

We’re diving into one of Japan’s traditional foods, shiokara. It’s known as “chinmi” or “a rare taste”, and once you learn more about it, you’ll be intrigued as well. Shiokara are seafood fermented in their own viscera, salted and seasoned. The most common shiokara, called ika no shiokara, is made from small squid that are plentifully available off the coast of Japan. Shiokara can also be made from tuna (“shuto”), crab (“ganzuke”), salmon (“mefun”) and sweetfish (“uruka”). Each type is a mix of salt, viscera found in the main body cavity such as the liver or intestines, and more fleshy tissue. Depending on the cook’s preferences, shichimi pepper, wasabi, mirin or grated yuzu peel are also added to the mixture for zest and flavor. But traditional shiokara is simply salt and seafood. 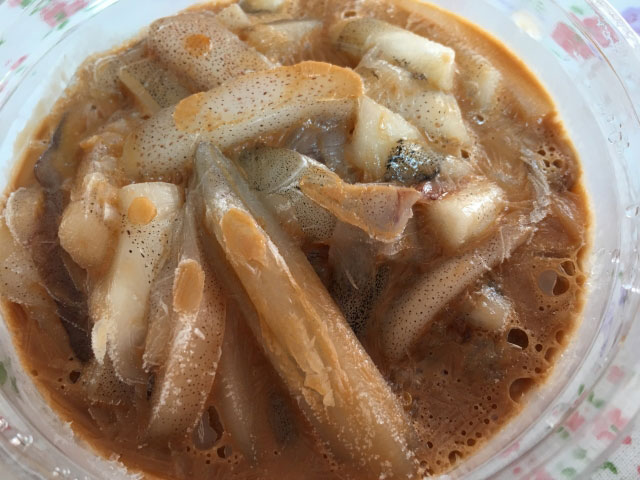 Shiokara, especially ika no shiokara, is said to have become a popular dish in the 11th century as a source of protein, fats and vitamin D during winter months when food was scarce. The entire fermentation process took between a week to ten days, so shiokara could be replenished easily. Primarily eaten with rice, a small but complete meal could be had.

In modern times, shiokara is served at many izakaya or Japanese pubs. A small bite of ika no shiokara makes sake taste great! And the saltiness definitely makes you want to drink more of it!

Making ika no shiokara is straightforward, although it does require quite a few steps. We found this recipe requiring nothing by salt and squid. If you try it out, let us know how your preparation tastes! And if you don’t feel like making it yourself, then definitely give it a go at your nearest Japanese pub.