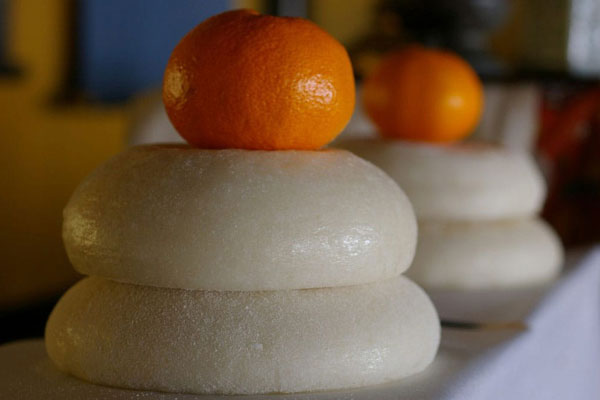 I can actually remember visiting my grandfather during New Year’s when I lived in Japan, and watching him make mochi the old fashioned way—by pounding the heck out of it. He was a strawberry farmer in rural Hiroshima, so maybe he did a lot of things the old fashioned way. But sometimes tradition beats technology every time, and even though you can buy mochi anywhere these days, you can’t celebrate the New Year without it if you’re Japanese.

Mochi is for good luck, a long life and is the symbol of an auspicious new beginning to a fresh calendar year. Yikes! With 2016 trashed, we need all the help we can get this year—yoroshiku onegai shimasu, mochi! The stack of mochi you see above is called kagami mochi, which you’ll find adorning most households during the New Year. Usually two flattened mochi cakes topped with a mandarin orange, this is an offering to the Gods to bring good fortune and protection to the household. The orange is supposed to be of a variety called daidai, a bitter orange that, once its tree bears fruit, doesn’t drop for 2 or 3 years; hence representing long life. Sometimes the decoration is trimmed with dried sea kelp (konbu), dried persimmons, folded ornamental paper and set on a wooden stand, like you see below. The display is usually set up at the family altar in the house, a Buddhist shrine that honors the deceased. 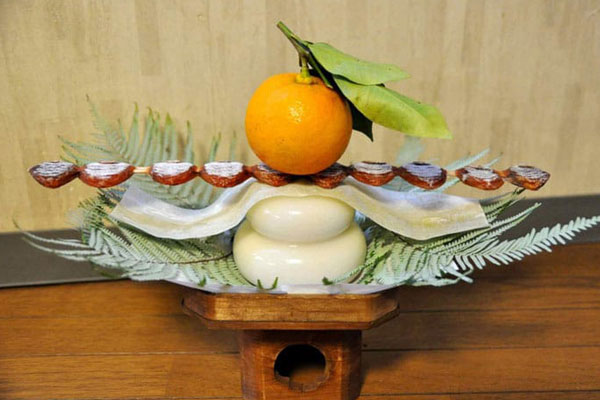 Mochi appears in so many ways during New Year’s—one of my favorites was my mother’s ozoni, a hot soup made of clear dashi stock, sometimes with miso depending on the regional recipe, and all kinds of possible ingredients including Chinese cabbage, carrots, spinach, fishcakes, etc., but always, always with mochi. The best ozoni IMHO, is the one on the morning of January 1st. You’ve had the one on New Year’s Eve when it’s just been cooked, then the following morning all the mochi is soft and gooey and the soup is thick and tasty! On a cold winter morning, it doesn’t get any better! 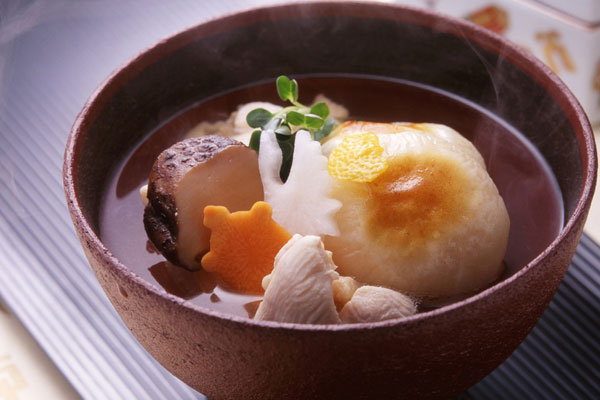 There are variations of simple grilled mochi cakes called yakimochi, where lightly charred pieces are dipped in soy sauce, or topped with grated daikon radish and soy sauce, or boiled and dusted with kinako, a sweet roasted soybean flour. The best part of grilling mochi? Watching it heat up until it magically expands, swells, and breaks open with a puff of steam as the insides burst out in a bubble. That’s when it’s done! Check out this excellent video by the ladies of Japanese Cooking 101 as they explain how to yakimochi. 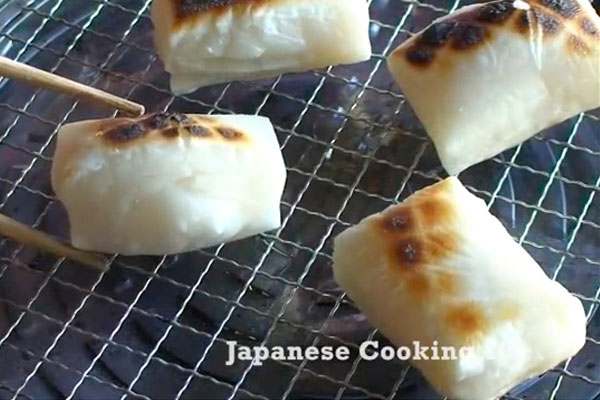 And there’s dessert! The warming, sweet soup of oshiruko, a red bean and mochi dish, is a New Year treat that is a favorite of the girls and anybody with a very sweet tooth. The red bean paste (anko) can be either koshi-an (completely smooth) or tsubu-an (partially mashed) and the mochi is often toasted or grilled before adding it to the oshiruko soup. It’s a very simple, comfort food that is easily made these days just by diluting canned red bean paste in hot water. Mochi is what makes it a New Year! 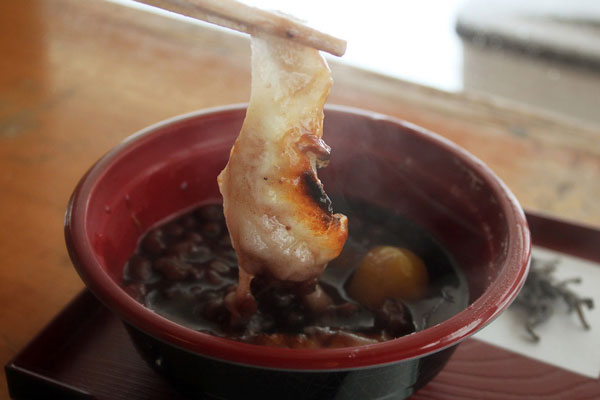 One thing about Japanese culture—it’s always been about the old and the new. Pop culture co-exists everyday alongside traditions that are literally centuries old. But the New Year seems to be the one time of year where everyone, young and old alike, gets together to celebrate what it really means to be Japanese. For your entertainment, if you haven’t seen this video yet, is the world’s fastest mochi pounding man ever. 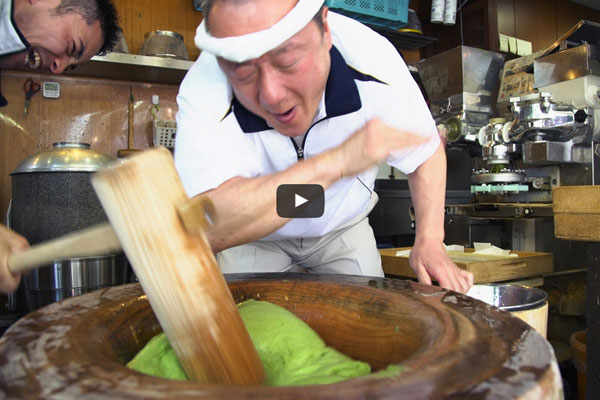 2 thoughts on “Have a Mochi New Year!”