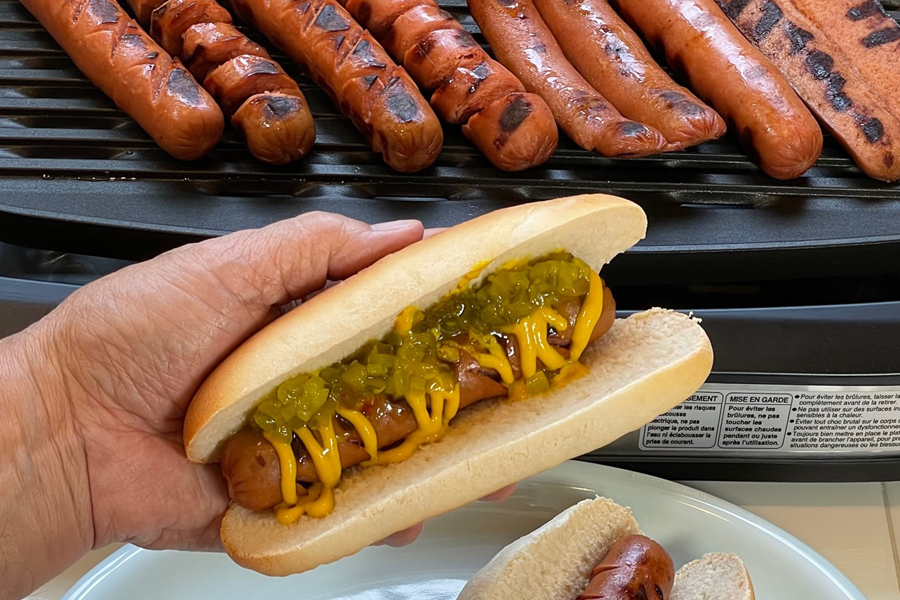 It’s National Grilling Month alright, but it’s also National Hot Dog Month. How can you not write about hot dogs? Grilling them is one thing, but how you grill the humble hot dog is another. I took a page from some other guys who have tried this (thank you, The Kitchn) and used different methods to grill the same wiener. Which one wins? I didn’t even have to break out the charcoal because I used my Zojirushi Electric Grill.

I baked my own buns too, which wasn’t that hard if you let a Breadmaker do the dough. Here’s my homemade hot dog buns coming out of the Toaster Oven. I gotta say I’ll do better next time—they look great, but I don’t think I let the dough rise enough. 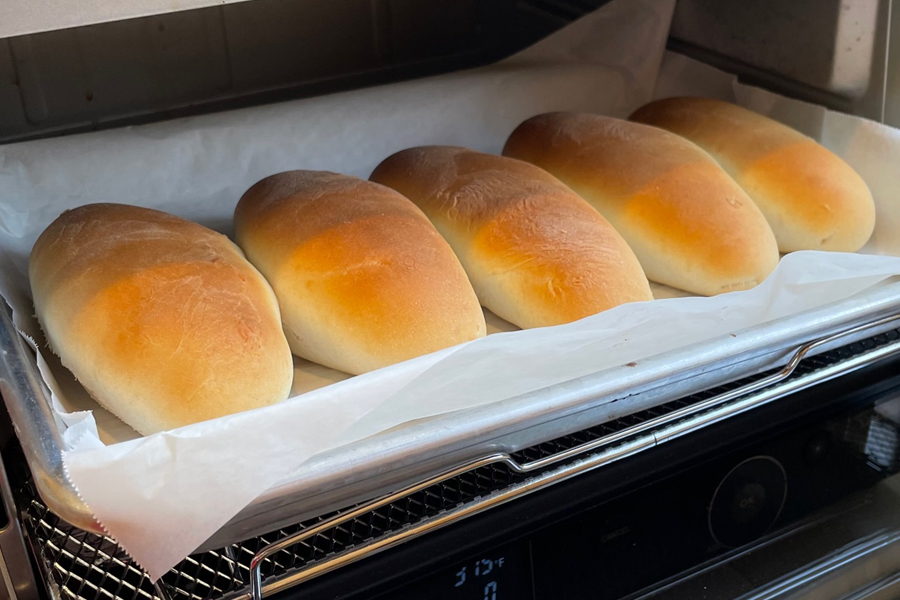 I thought this was a fun way to see which way was best when grilling a hot dog. From left to right: 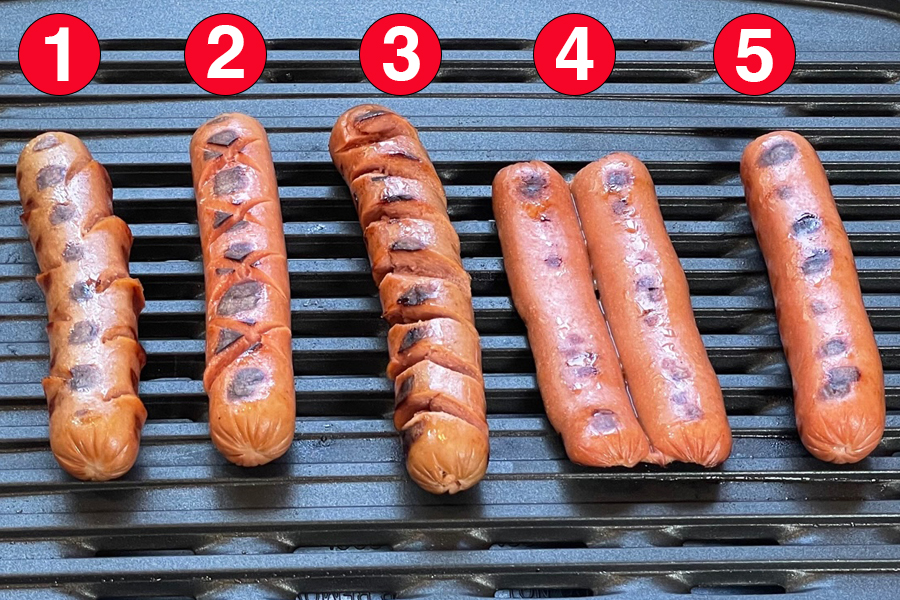 1. The Fish Scale Cut: Slant cuts on either side of the hot dog in an alternating pattern down its length. This is a variation on the multi-slits you normally see on a hot dog (which is the way I usually do it), that allows for faster and better cooking all the way to the inside.

2. The Cross Hatch Cut: You can’t see it, but this pattern is also done on the other side of the hot dog. I thought this was definitely the prettiest way to present the hot dog.

3. The Spiral Corkscrew: A unique way to expose the inside and the most difficult cut to execute. I think a machine can do it much nicer than I did it, but you should try it. It’s a fun way to eat a hot dog. More on how I did it later.

4. The Open Face: Obviously the best way to get char marks on the outside as well as the inside, and the best way to cook it faster. Flattening it out like this also opens the hot dog up to other ways to eat it, like a sandwich for example. I grilled two like this and laid them side-by-side, on regular bread.

5. The Classic: Just simple grilling the whole hot dog is the way to do it for the purists. It takes a bit longer and you can’t really see what’s going on inside, but it plumps up just the same. My unscientific guess is that this way might keep the internal temperature warmer longer?

Here’s how the Spiral Corkscrew is done. First skewer the hot dog right through the middle, being careful to go straight so you don’t pierce the side. Get a knife and cut through the hot dog at a slant, all the way to the stick. Turn the hot dog and skewer as you slice, staying diagonal and cutting down to the stick. It’s a bit tricky, but you can get the hang of it. 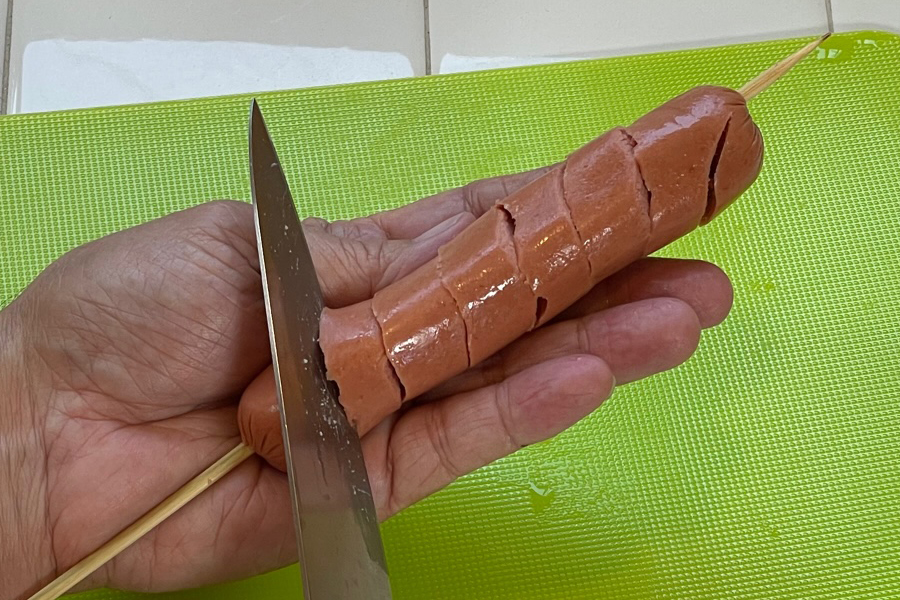 Once you remove the stick, voila! A corkscrew cut, all in one piece! 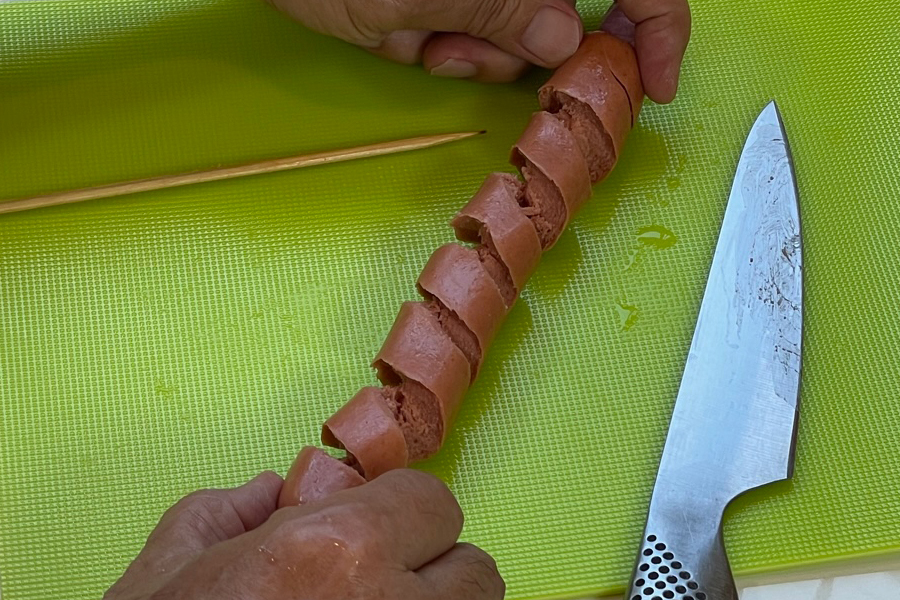 To be honest, I can’t really say which hot dog cut came out the best. They all pretty much tasted the same because, well, they’re hot dogs. But I’ll say one thing, the corkscrew hot dog does a great job of holding the condiments in between each cut, and it was as juicy as the others. 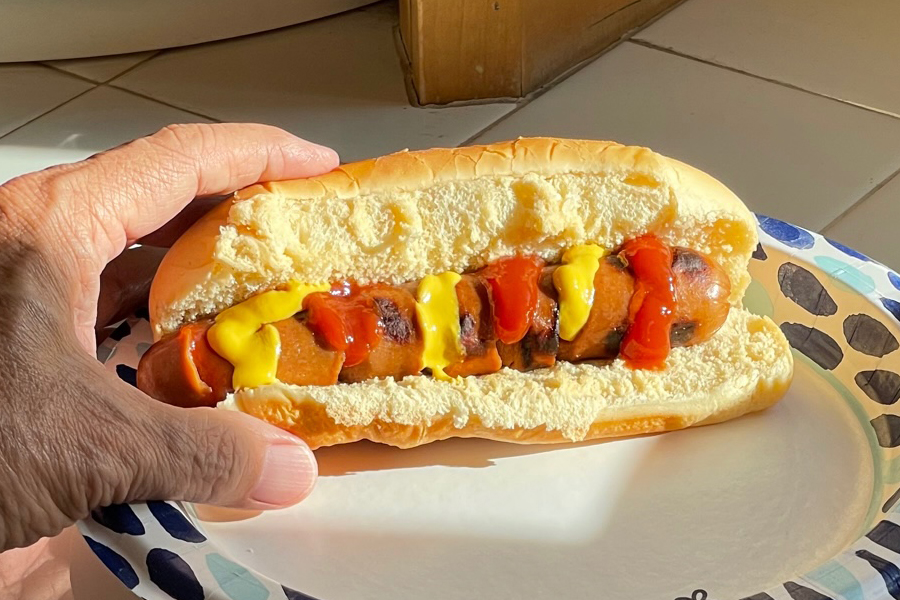 Before you troll me for putting ketchup on my hot dog, I’m not a hot dog snob so anything goes. Just don’t put sauerkraut on mine.

Shrimp on the Barbie 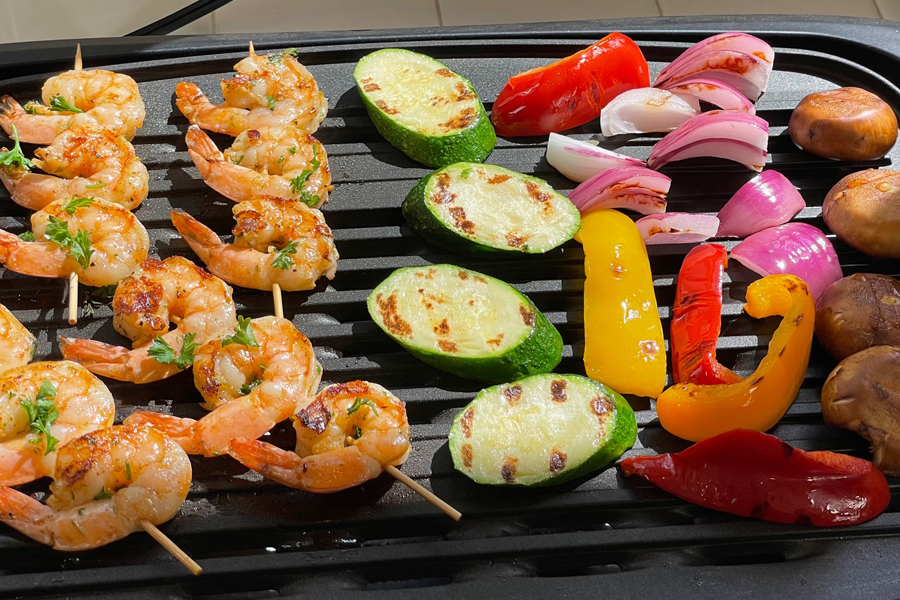 Since a hot dog alone does not a dinner make, I also grilled some fresh veggies to make up for the “guilty pleasure” wieners. I highly recommend this way of lazy cooking. I used this seasoning blend called “Green Goddess” from Trader Joe’s (I can’t show you the bottle but you’ll find it in the store), and used it to season the shrimp in olive oil and parsley. 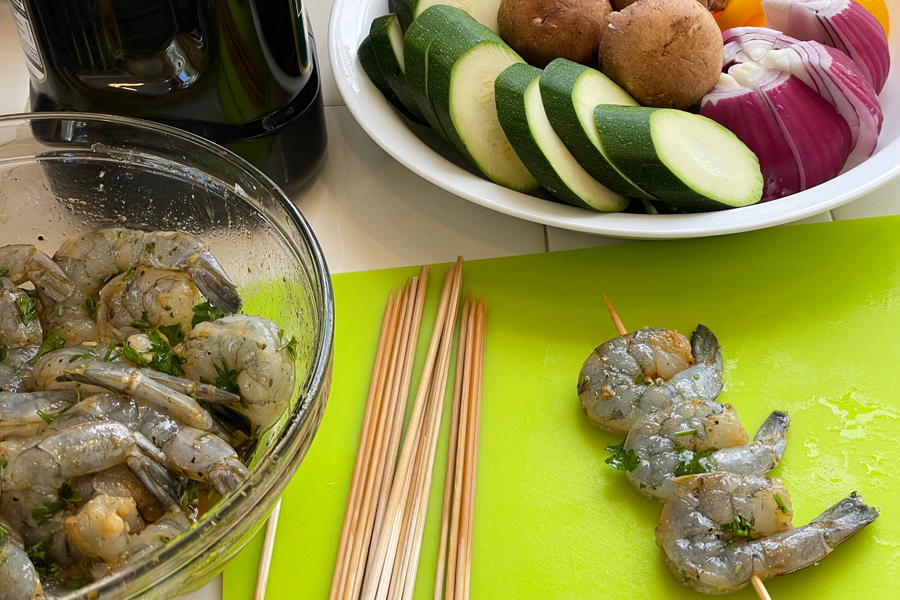 I had the grill a little past medium because I knew the shrimp would cook fast, and it did. But the vegetables didn’t take that much longer. I didn’t season them because I figured I could always use ponzu as a dipping sauce (that’s my favorite way to eat them anyway). So here is a really quick and easy dinner that truly tasted so good that even my wife was surprised. Aargh! This means she’s going to make me do it again! 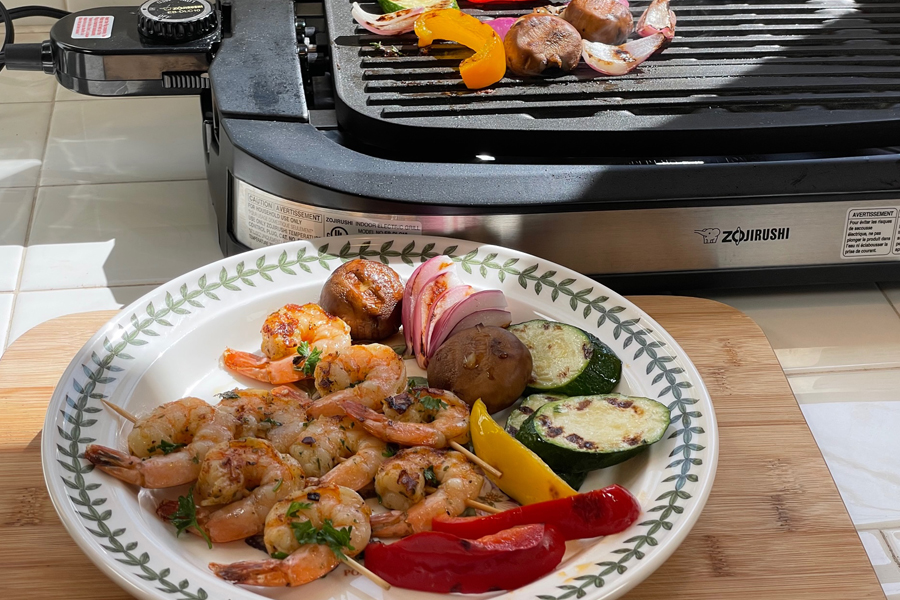 Happy Grilling Month! And by the way, which side of the argument do you fall on? Is a Hot Dog a sandwich, or not?