Did you all enjoy our previous B-kyu Gurume post?  Well, luckily for you we’re exploring more B-kyu gurume specialties this month, and we know you’ll love our featured dish — Hachinohe senbei-jiru!

For those who read last month’s blog post, you’ll know that B-kyu gurume cuisine is a uniquely Japanese style of gourmet food that uses regionally-sourced, inexpensive, and down-to-earth ingredients.  These dishes are often prepared at mom and pop-type restaurants and izakaya.  While the food is delicious and appetizing, it is considered “B-class” gourmet, or “B-kyu gurume“, because of its humble origins.

Hachinohe senbei-jiru originates from the city of Hachinohe in Aomori Prefecture in the northern part of Honshu, Japan’s mainland. 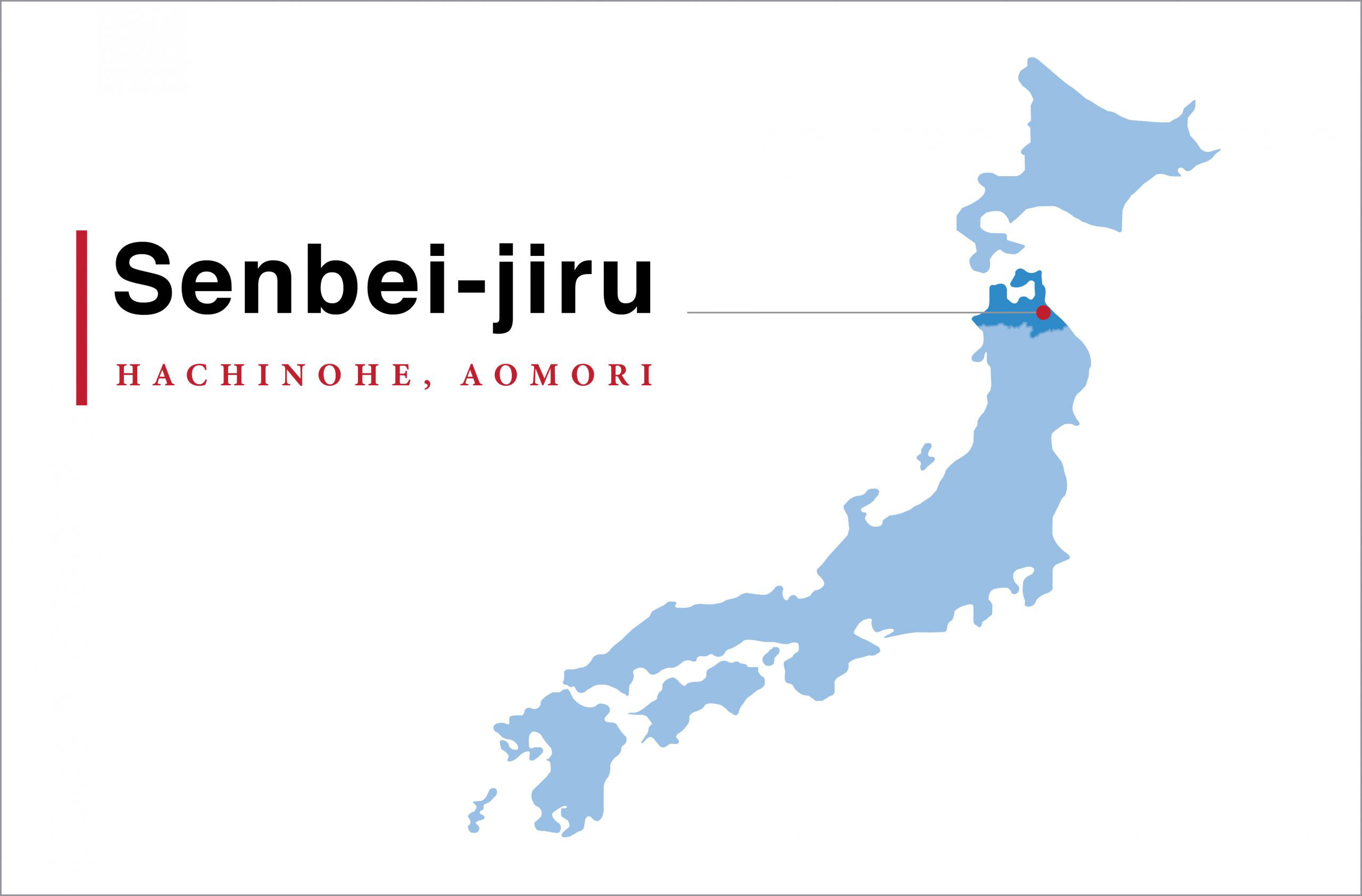 It is a hot soup dish that’s perfect for the area’s cold and windy climate.  It consists of a hot soy sauce based broth prepared with fish, meat, or vegetables and Nanbu senbei, hard wheat crackers, which are broken into pieced and then boiled in the broth.  Once finished, the soup is topped with chopped scallions before serving.  This dish is simple, yet so delicious and warm for the soul!

Senbei-jiru is considered B-kyu gurume because of its simple ingredients and interesting regional history.  Meat from chub, pheasant, hare, and crab were traditionally used when preparing the broth for this dish, but today chicken, pork, fish such as cod or canned mackerel, and mushrooms are more commonly used.  The Nanbu senbei cracker is made of wheat or buckwheat, which is unique to this region, and then added to the hot broth.  Vegetables or mushrooms are also added to the final product, and senbei-jiru becomes a complete, hearty, filling meal. 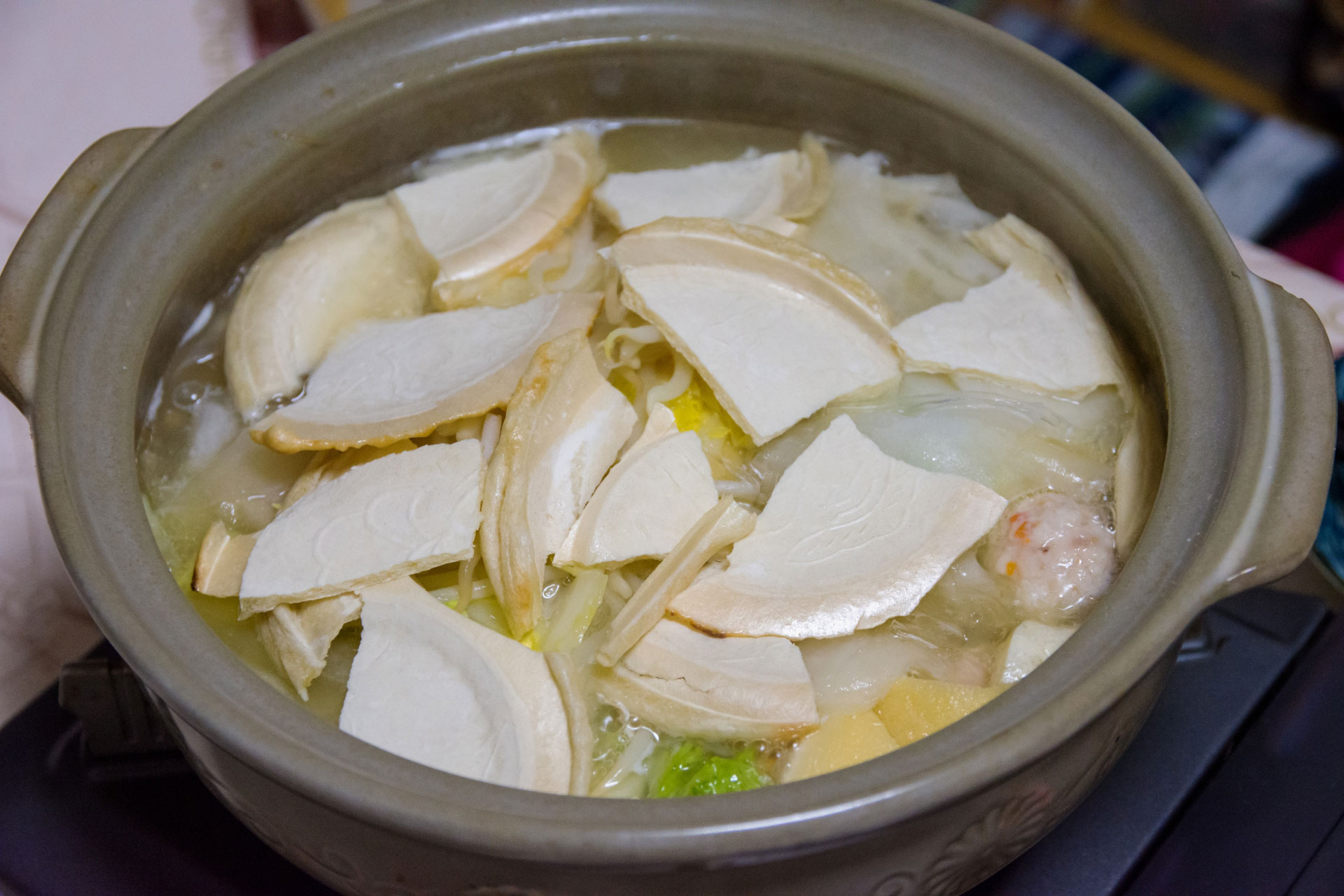 Nanbu senbei crackers have an interesting and iconic history in this part of Japan, known as the Hachinohe Domain.  The Hachinohe region during the Edo Period (1603-1868 AD) was home to this dish.  Today, this region is comprised of Hachinohe City and the Nanbu area.  During this period, this area had experienced harsh, cold winds blowing in from the Pacific Ocean which devastated rice crops.  The lack of rice crops led to many experiencing famines.  Because of this, farmers began growing heartier grains such as wheat and buckwheat, which could withstand the weather.  Foods made from wheat and buckwheat in this area created a regional cuisine culture called “konamon“, with Nanbu senbei being one of the most famous products.

We love this unique dish, especially at this time of year.  We also have a delicious recipe for a rice-based cracker, Cheese Senbei on our website. 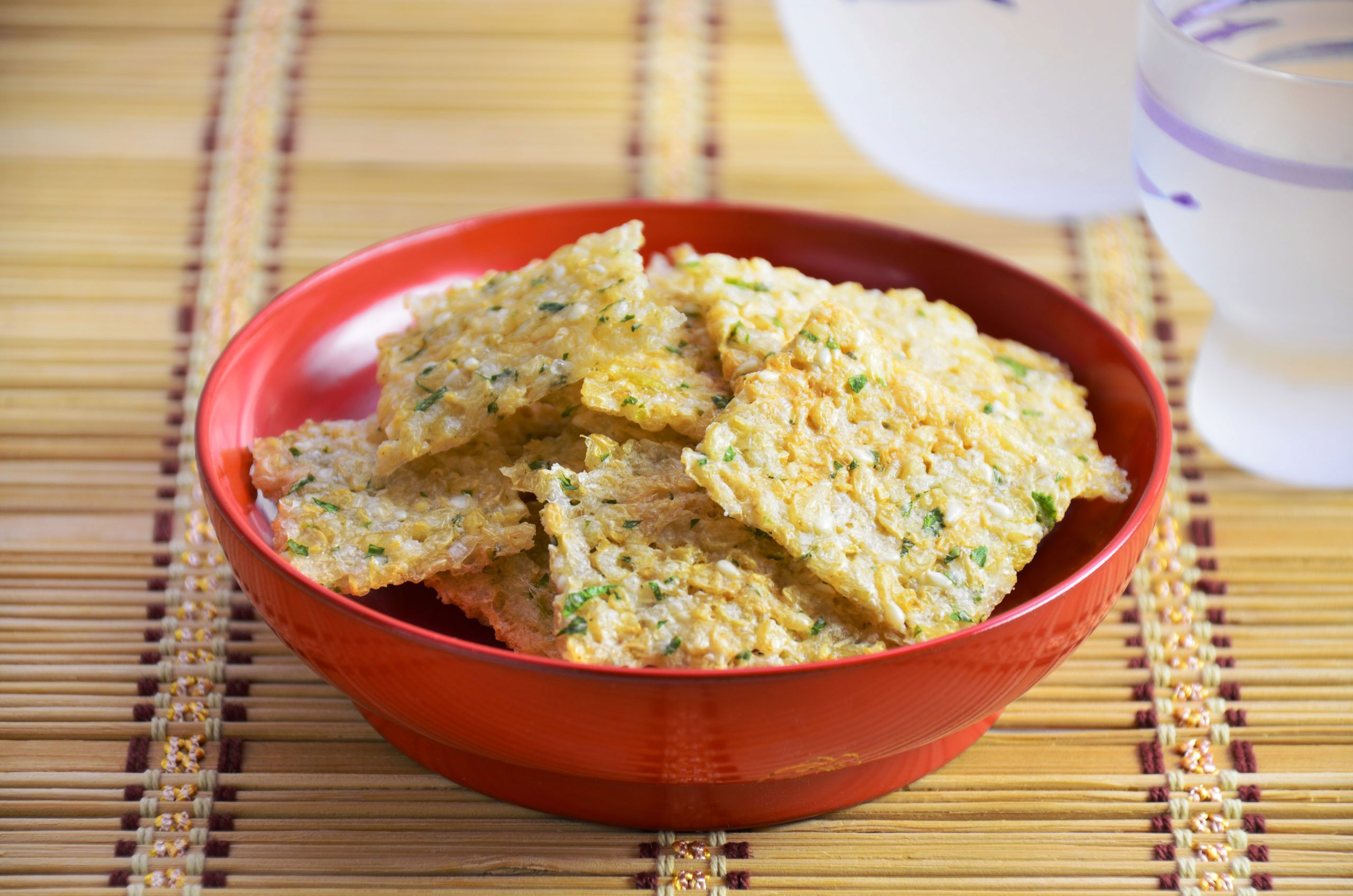 Enjoy them as a snack and then get the authentic ingredients to make your own senbei-jiru. 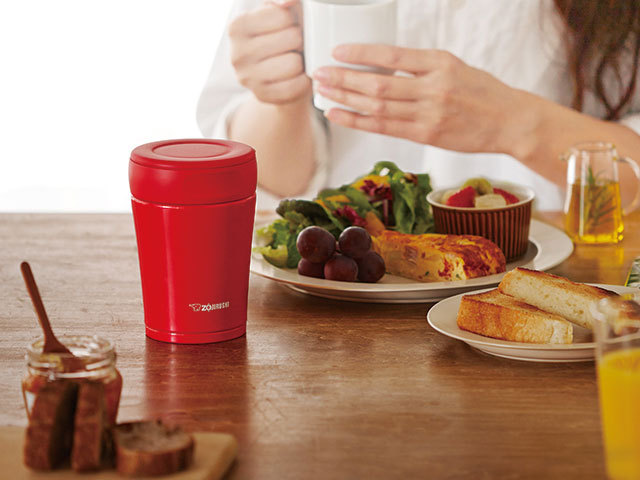 Last month, we featured our Ms. Bento® Stainless Lunch Jar and the great ways that you can take a fresh and complete meal with you, whether you’re at school, the office, traveling, picnicking or just out and about. This month, we’re excited to share our Stainless Steel Food Jar (SW-GCE36) with you!

This stylish food jar holds 12 ounces of hot or cold food, and because it uses Zojirushi’s double-walled vacuum insulation technology, foods are kept at their optimal hot or cold temperatures for hours. The vacuum insulation is created by removing the air between the outer and inner layers of the stainless steel, blocking heat from transferring through it. This minimizes the temperature change of the food inside the jar, providing a useful way to safely pack and store a meal when a refrigerator or microwave may not be readily available. 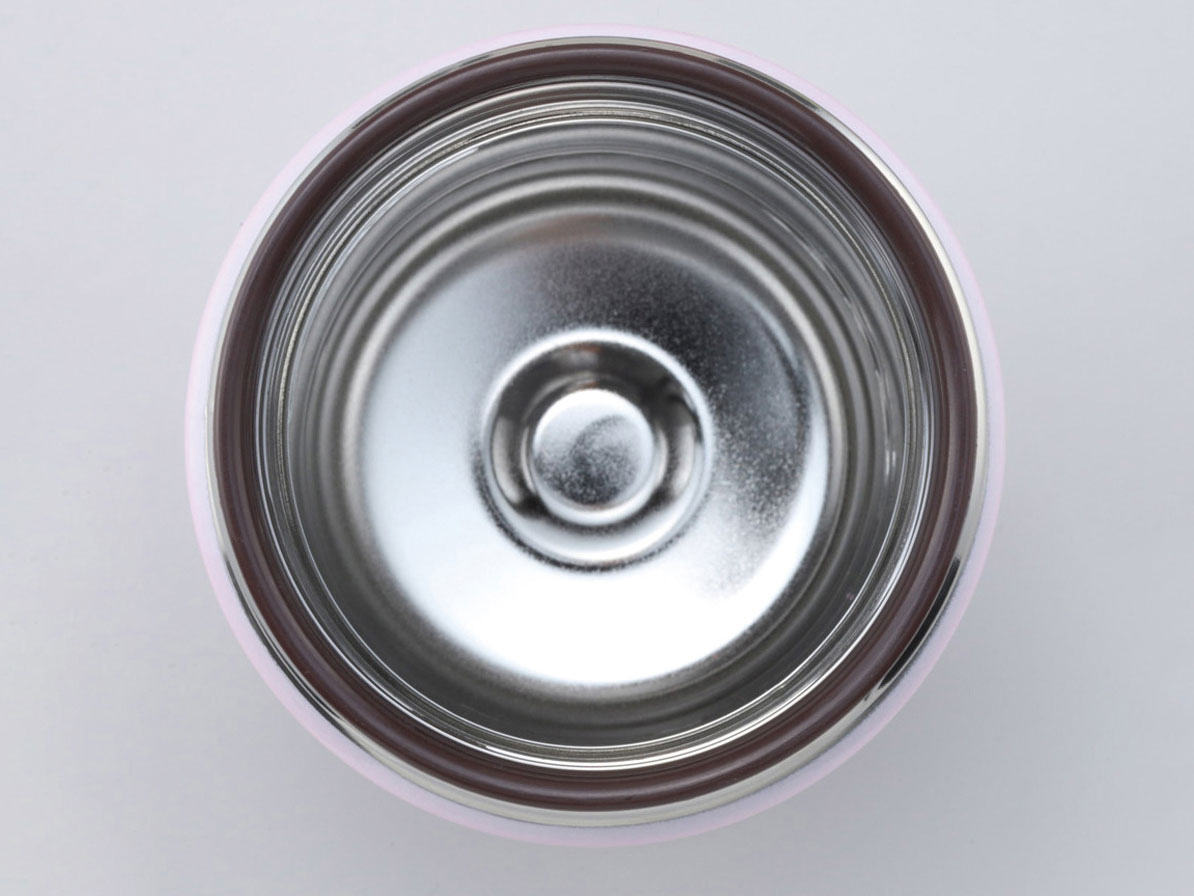 This food jar comes in a Cherry Red or Nut Brown finish and has a modern, angled design, and the thin vacuum insulation takes up minimal space while maximizing capacity. The large 3 ¼-inch wide opening makes it easy to fill and clean and its electro-polished 18/8 SlickSteel® interior prevents corrosion and repels stains. The flat interior design makes it easy to eat directly from the food jar, and it even has a removable plastic ring around the rim of the jar for drinking comfort, in case it is filled with a beverage or soup.

The lid is just as innovatively designed as the jar itself. It’s completely disassemblable for thorough cleaning and utilizes gaskets to tightly seal the jar, minimizing leaks and maximizing temperature retention. When released, the valve in the center of the lid set helps to relieve pressure caused by hot contents inside the jar and makes it easier to open the lid. 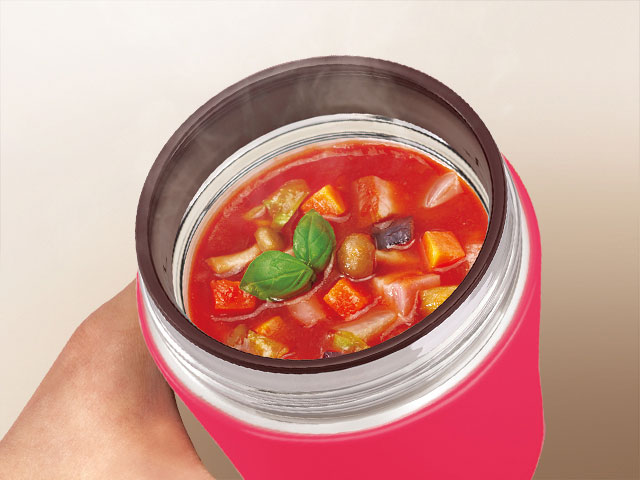 Best of all, all areas that come into contact with your food are BPA-free, making it safe to use for your entire family.

The Stainless Steel Food Jar is great for both adults and children. Back-to-school meals such as macaroni and cheese, Chicken Noodle Soup and easy rice dishes like Shiitake Gohan are ideal school meals, easily transported in the food jar. Morning meals like Steel Cut Oatmeal To-Go are easy to make in the food jar and the food jars transition well from the hot months of summer to the colder months of autumn and winter, with lighter fare such as our Stacked Pasta Salad staying cool, and dishes like Total Tonjiru Soup staying hot. 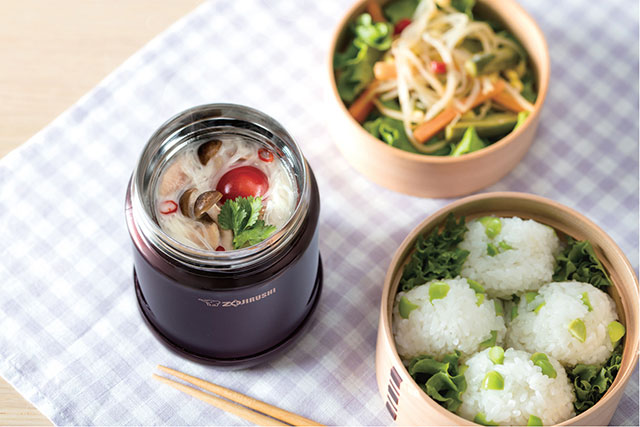 We are so excited to feature our Stainless Steel Food Jars (SW-EAE35/50 and SW-FCE75) this month!

They come packed with practical features and in fantastic new colors!

The food jars provide a convenient, versatile way to enjoy fresh foods on the go, wherever you are, especially when you need to take foods to a location where a refrigerator or microwave may not be readily available. They come in three different sizes, with the SW-EAE model available in 12 and 17 ounce capacities, and the SW-FCE model in a larger 25 ounce capacity. 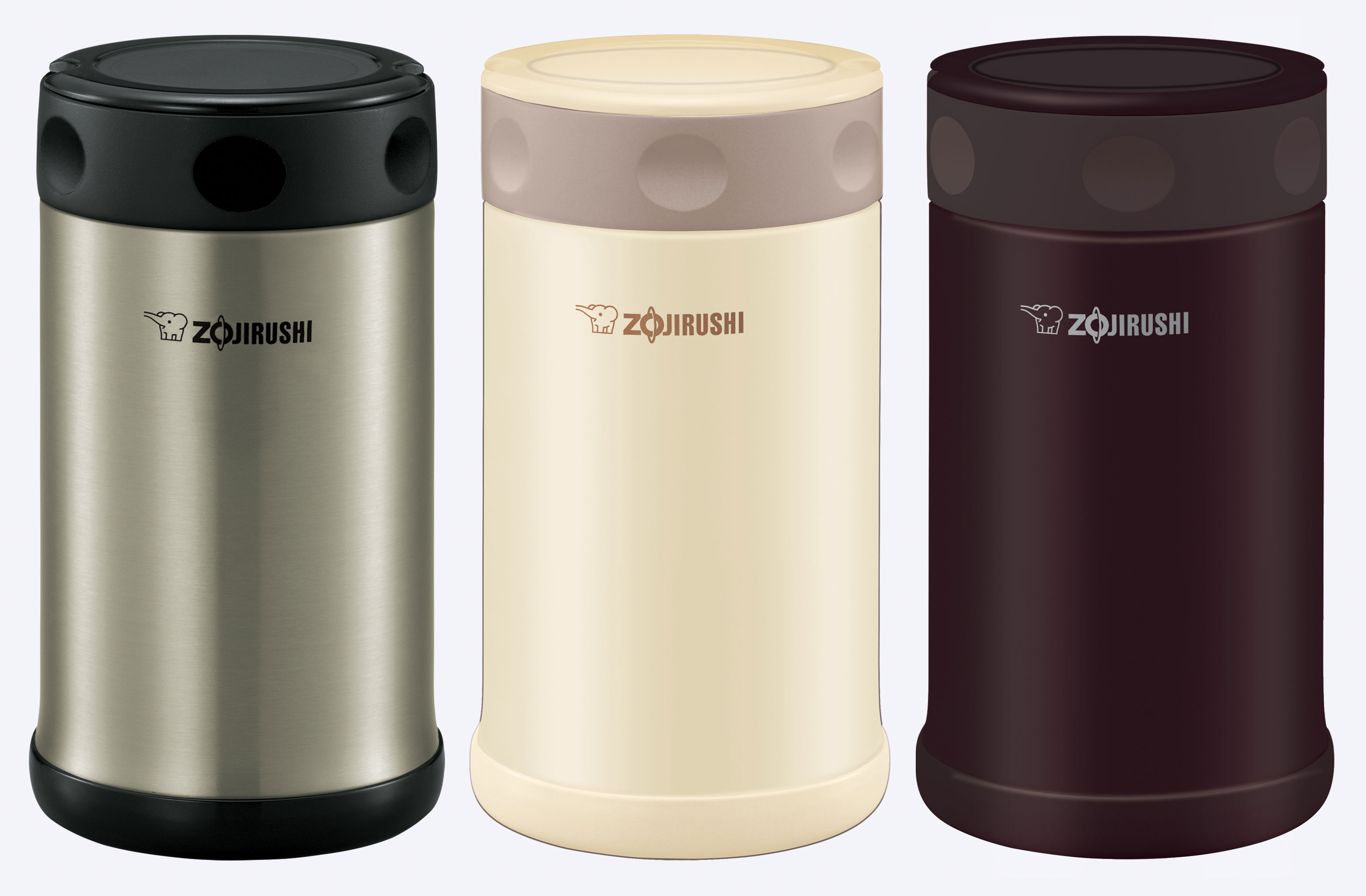 Each food jar uses Zojirushi’s superior vacuum insulation technology, which keeps hot contents hot, or cold contents cold, for hours. By removing the air between the outer and inner layers of the stainless steel, heat is blocked from transferring through it, greatly minimizing the temperature change of your food or beverage. Dimples on the lid make it easier to grab and open the jar, and the tight-fitted lid with gasket seals to minimize leaks and maximize heat retention.

Like Zojirushi’s other vacuum insulated products, these food jars are made of durable and sanitary 18/8 stainless steel and BPA-free plastic. The interiors utilize an electro-polished SlickSteel® finish that resists corrosion and repels stains, and the large 2 ½ to 2 ¾ inch openings makes it easy to fill and clean, as well as allowing for eating directly out of the jar.

Both the SW-EAE and SW-FCE models come in gorgeous colors, including Stainless, Aqua Blue, Shiny Pink, Cream and Dark Brown. 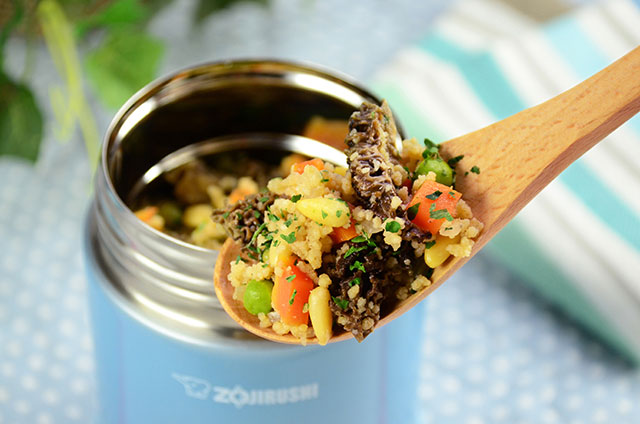 The range of foods that you can pack and store in these food jars is phenomenal. If you’re craving soups, then these food jars are ideal for keeping your soup hot. Try a classic Chicken Noodle Soup or a Rich and Creamy Irish Potato Soup for lunch one day. If you’re in the mood for breakfast, try Steel Cut Oatmeal To-Go in Your Food Jar or a savory Japanese style Thick and Hearty Veggie Porridge. And if you’d like a complete, filling meal, try our recipe for an Adventurous Couscous Medley. The coolest thing about these food jars is that you can even fill them with dessert and salad. Our Stacked Pasta Salad is amazing and our Red Cranberry Gelatin with Mixed Berries is the best!

There are so many uses for these food jars, and the various sizes make it perfect for individual portions and ones large enough to share. Try them out and tell us your favorite foods!