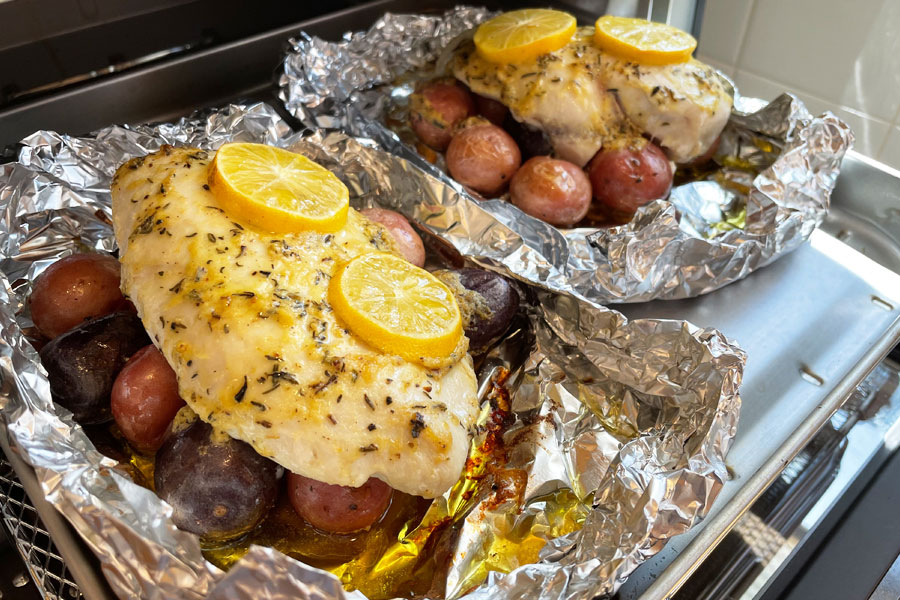 One day I decided to see what I could make in my toaster oven, from breakfast to dinner. Since I don’t cook, they all had to be easy to make—I found out that baking is a pretty easy way to cook. And toaster ovens don’t get as hot as a regular oven, they’re right on the counter, and they’re big enough for mostly anything (mine is anyway).

First up was my breakfast. Egg toast with cheese. Have you ever tried this? Just put a dent in the middle of a piece of bread and drop an egg in it. Spread some cheese around the top and leave the egg exposed. Then you just pop it in the oven for like 12 to 15 minutes at around 375°F until you see the cheese turn brown. 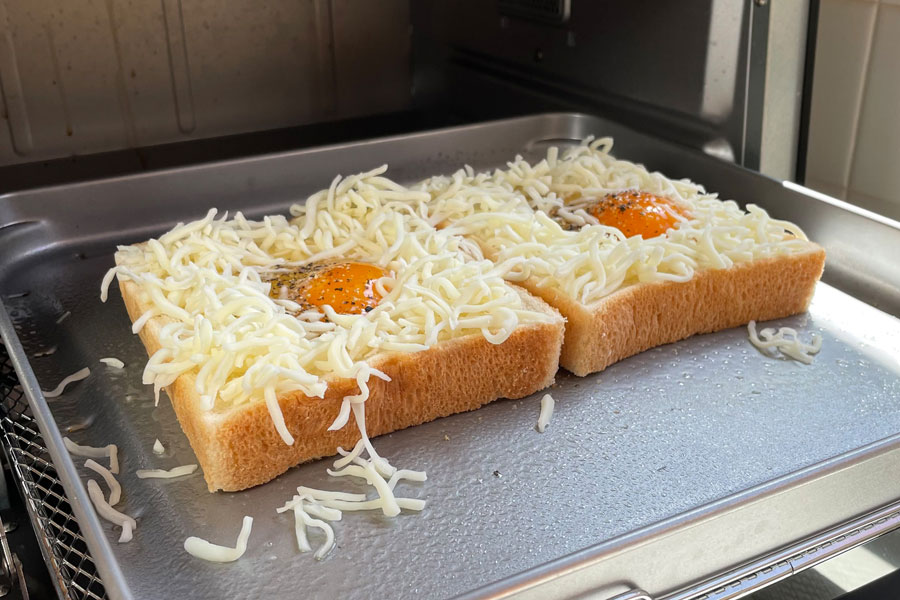 I used the bottom of a glass to make the cavity, which was easy because you notice I used very thick bread! This is the Japanese shoku pan style bread that you can find at most Asian supermarkets. These slices came from a 340 gram (3/4 lb.) loaf that had 6 slices. You can find varying thicknesses too, sometimes the really thick ones have only 4 slices! If you’ve never tried this kind of bread I would recommend doing so immediately—it’s got a texture that is unbelievably soft (but not squishy), a crust that isn’t hard at all, and a satisfying milky taste. Even with the thinner slices, shoku pan toasts beautifully on the surface while still staying fluffy on the inside. 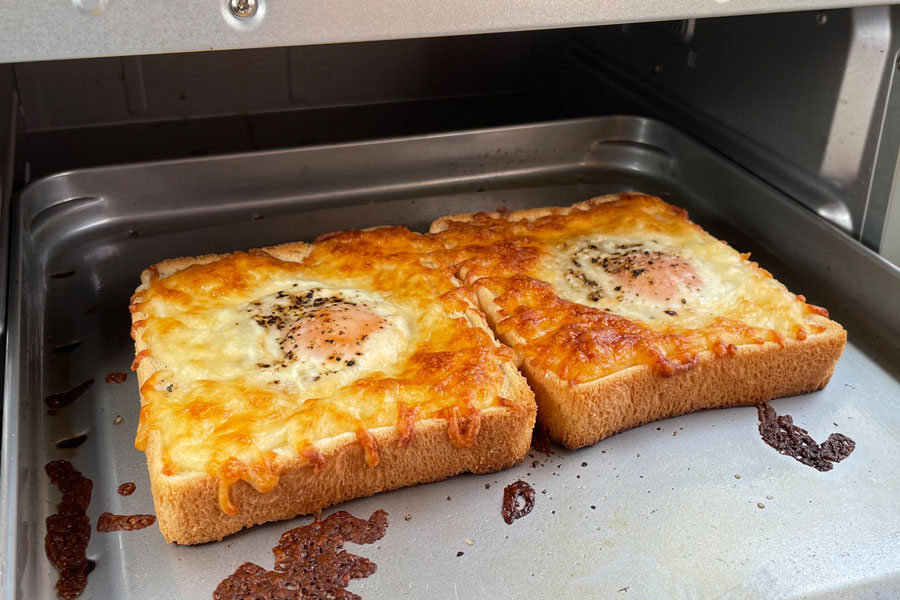 Gotta say I went a little long with the baking on this one. I prefer my yolks runny. Oh well, next time… One great way to eat it though, is to add some Japanese mayo as a topping. The tang of the mayo really compliments the cheese and egg combination nicely. 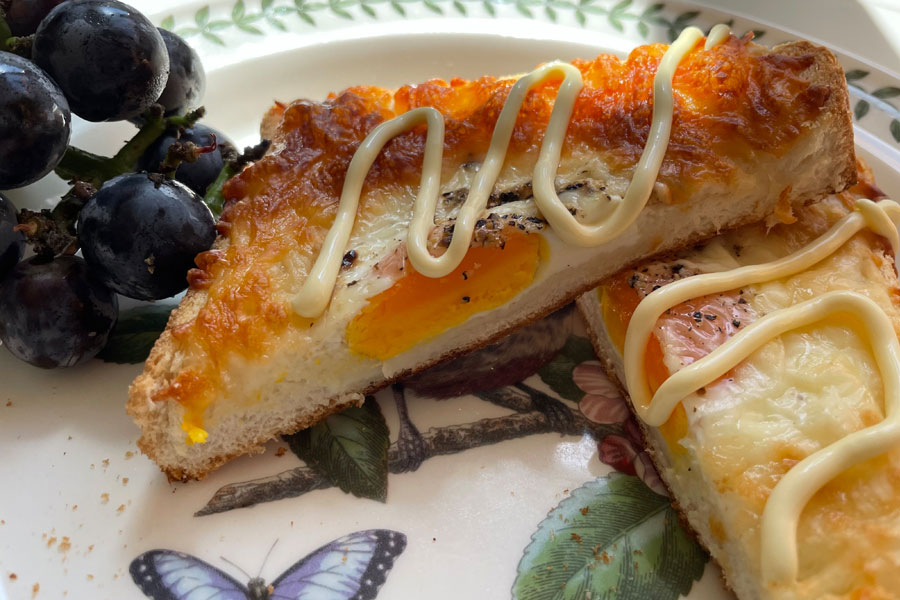 Since when did people start eating kale and making it a thing anyway? Didn’t we just ignore it when restaurants used to use it as a decoration on your plate, eventually destined for the busboy to clear off after you were done with the real food? Nobody actually ate it because it tasted horrible! Well, I got news for you, to some of us it still tastes horrible, ha-ha! But somehow they found out it was good for you and kale became the darling of salads. My wife loves kale—I do not. But Kale Chips? OK, I gotta admit they’re pretty good! This is easy—just coat with olive oil (not too much), salt and pepper, and bake it for 10 or 15 minutes at 350°F. Try to brown but not burn it. 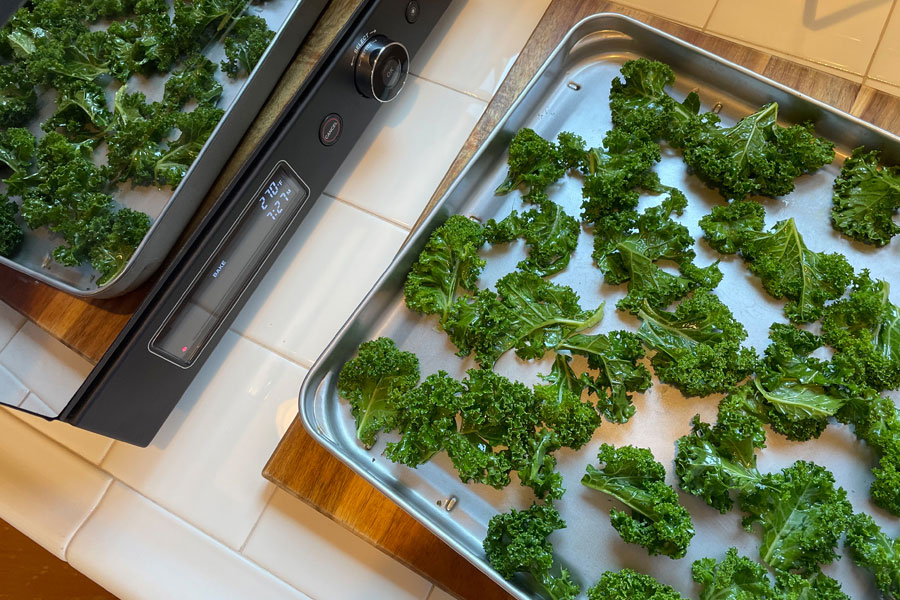 One thing; make sure you cut the kale into large enough pieces. It shrinks considerably. Otherwise, it makes a good snack. believe it or not. 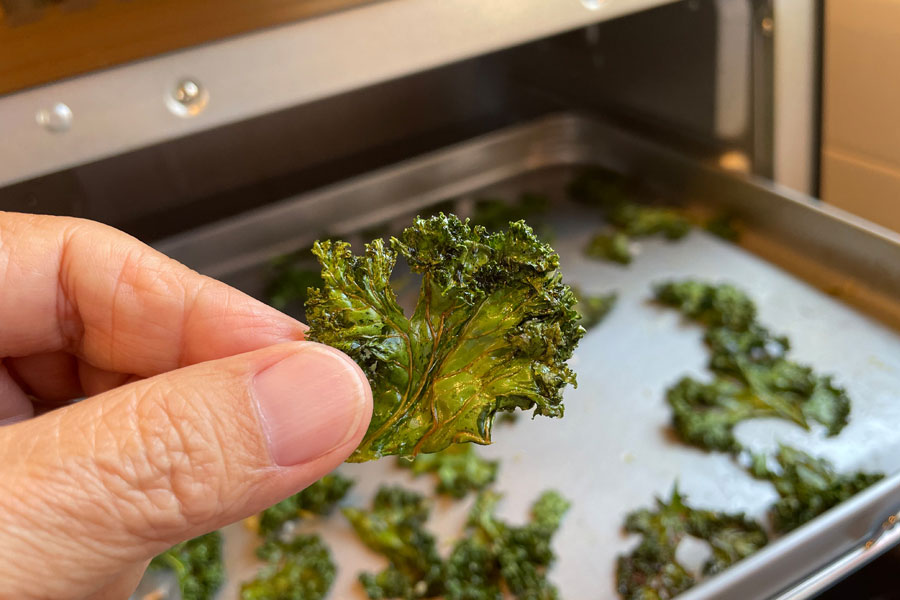 My own version of a snack. Mix it with popcorn. Doesn’t this look more like I’m justifying eating this stuff?

Sorry, I can’t take the credit for this one—my wife helped me out because she didn’t want me to ruin dinner! But this was easy too. The sauce is made from olive oil, Dijon mustard, herbs you would have around the house and lemons. There are a bunch of similar recipes you can look up online, but the real benefit of cooking with foil is that everything steams inside at the same time, even the potatoes. Took about 30 minutes at 375°F. One thing we forgot was to slice the potatoes in half, which would have helped bake them faster—I would recommend not skipping this step. Otherwise, you get half-baked potatoes. 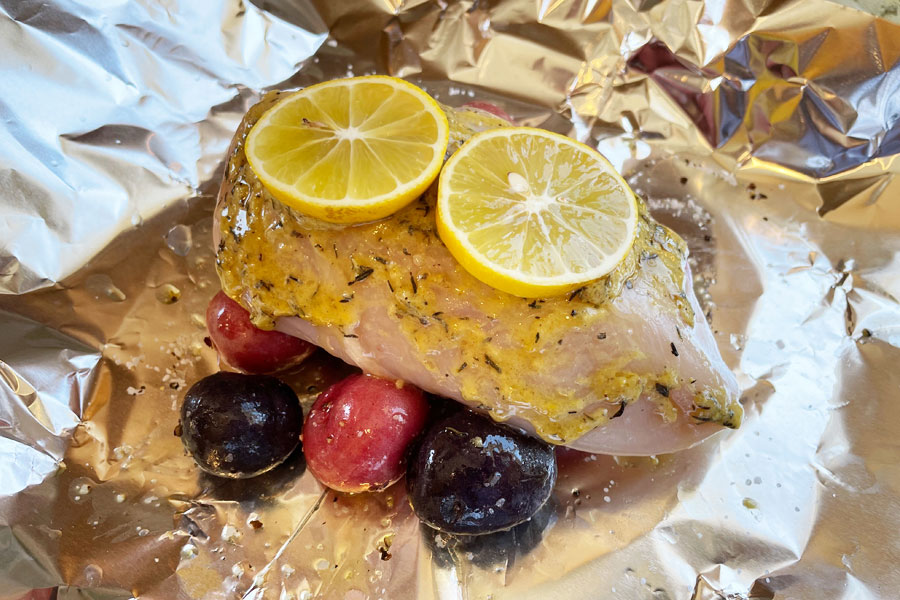 Dinner is served! No pan to clean—just toss the foil after cooking, or serve it like that and pretend you’re outdoors camping. There’s a whole library of foil cooking recipes out there; just remember it’s not just for camping. It’s great for oven baking too. 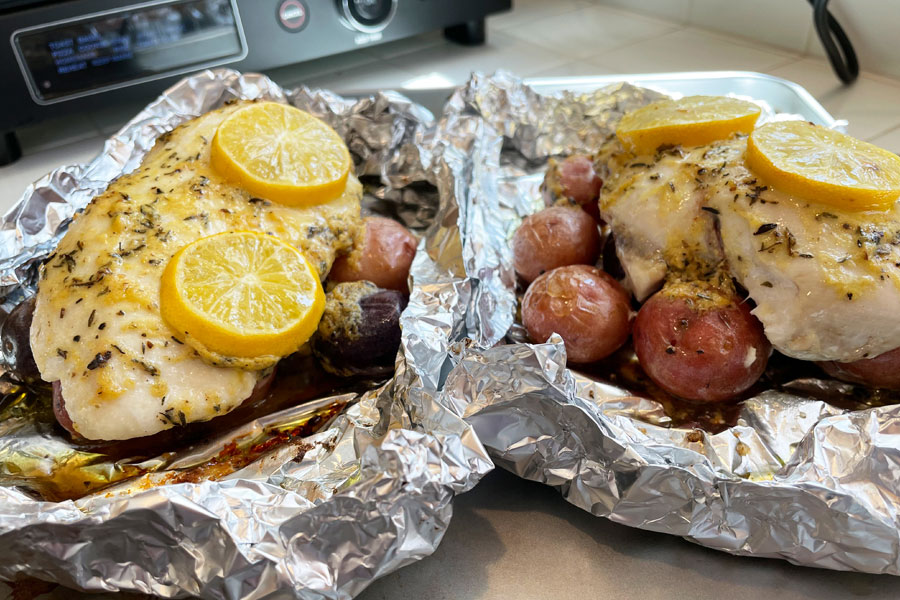 My dirty little secret: our regular oven doesn’t work really well, which is the real reason we’ve been using a toaster oven ever since it went on the blink. But you know what—we don’t really miss it. As long as you don’t need to bake for a crowd or have multiple baking pans or cookie sheets you have to do at the same time, you don’t really need a big oven. As long as your toaster oven is a high quality larger capacity one, you’ll find it’s well worth the counter space!

This guy actually broke into our house by chewing the screen! 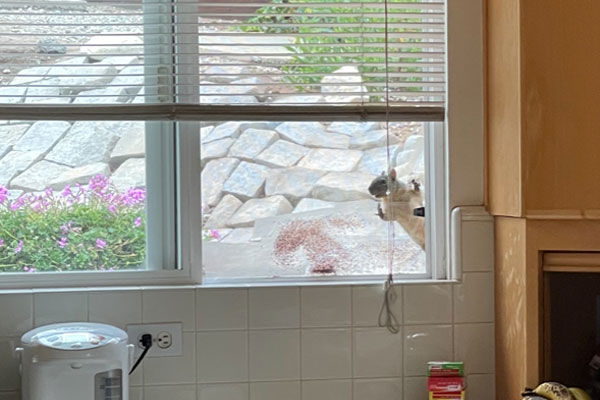 The same one on a raid. He came repeatedly for weeks and weeks. We tried hot pepper on the screen, taping it shut, etc. 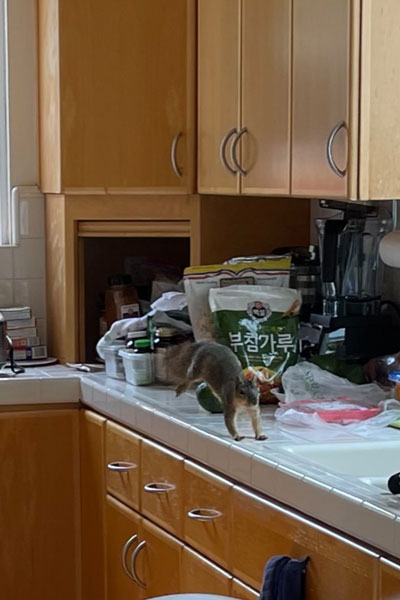 Finally had to call an exterminator. Sorry guys, squirrels are cute but not when they start invading. He even brought a buddy one day. That was the last straw for me!

2 thoughts on “What’s In Your Toaster Oven?”