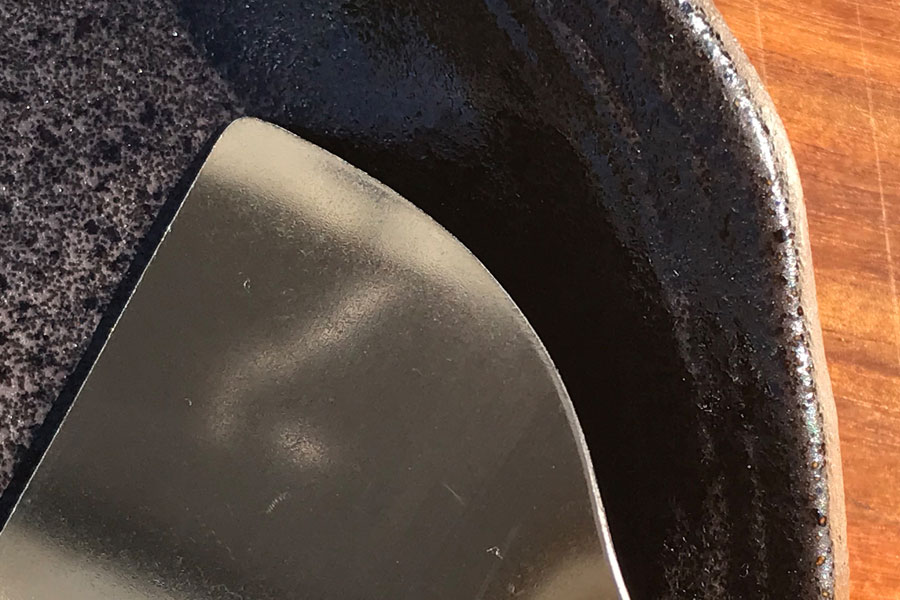 What is this? I’ll give you a hint: they’re used in pairs, usually; and they’re used to cook these, affectionately known as “Japanese pancakes.” A friend of mine used to give me a tutorial on how to handle these, and he was able to flip his massive creations in one quick, skillful motion. After mixing the batter and all the ingredients, we would pour it on the teppan, or steel griddle, then wait patiently for it to cook. Armed with one of these tools in each hand, he would slide it under the pancake on each side and deftly flip the whole thing on the first try, to cook the other side. Did you guess we were cooking Okonomiyaki? If you want to try cooking your own, you can see the Zojirushi recipe. Then go to your Asian supermarket to find the right tools for the fun of flipping them over! (This is called a “kote” in the Kansai (western) area of Japan, where okonomiyaki was born) 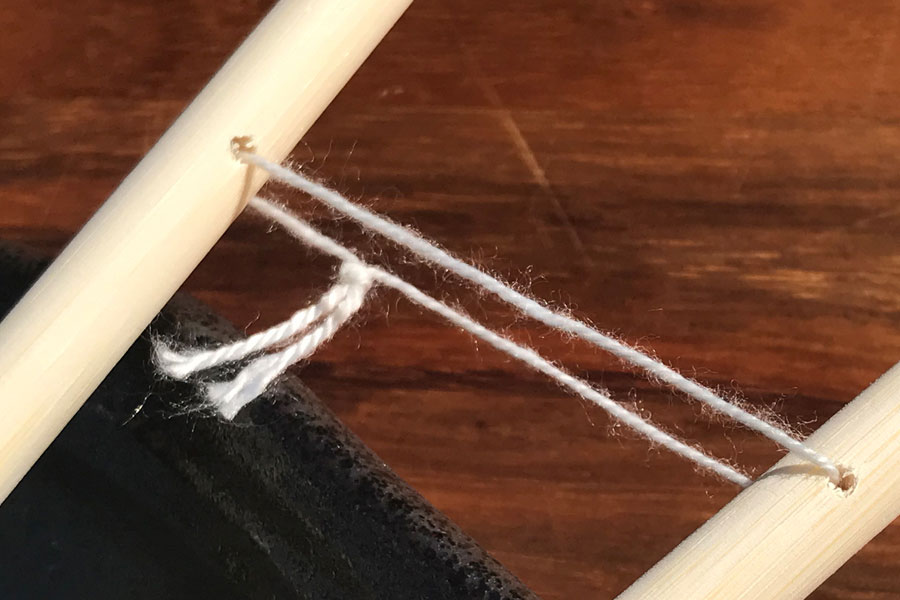 How about this? A piece of string? Sticks? Why are they tied together? You’ve seen these before and probably used them at home or in a restaurant, but yours were probably much shorter. In Japan, these are used for cooking when you don’t want to get too close to the hot stove or hot oil, like when deep frying. It takes a bit of skill to handle these, so if you’re not that confident, I would recommend tongs instead—no embarrassment in that. So why are they tied together? Just to keep from losing one, I think. But it’s also handy for hanging them from a hook. If you want to learn more about chopsticks, you can read more about how they’re made.

This one is easy—just paper, right? But how is it used in cooking? Since the Japanese do a lot of deep fry cooking, this paper is used to blot the excess oil that comes off of just-fried tempura or ebi fry (fried prawn). Americans deep fry a lot too, but we seem less concerned with making our fried chicken look good on the table—we’d probably just lay it on paper towels. It serves the same purpose, but these papers make tempura look so much better. Learn how Zojirushi does it.

This device can be found in American kitchens as well, but this happens to be a very small personal one that can be placed right along side your sushi, grilled fish or maybe tofu. Think about it—what condiment is normally served with sushi? The answer is wasabi—and if you’re a fan, you haven’t had great wasabi until you’ve had the fresh version that doesn’t come in a tube. How about grilled fish? Many people love fish (myself included), but the oiliness can sometimes get to be too much, so you’ll often see it served with a small mound of white daikon radish, which not only enhances the flavor of the fish but also aids in digestion. And tofu? Small blocks of tofu served chilled (hiyayakko) or hot (yudofu) are sometimes dressed with a bit of ginger paste to give it additional spice. What do all these condiments have in common? If you figured out that they all need to be grated, you win the prize. If you want to make yudofu at home, here’s a simple recipe from Zojirushi.

Obviously this is what you probably think it is. But why is it so flat and shallow? In Japanese cooking, many recipes call for hot pots or nabe dishes. As the ingredients cook, scum or foam rises to the surface of the water from the protein produced by the soup stock. Skimming this off keeps the stock nice and clear, and not cloudy. This handy gadget is more indispensable than you think, when you’re making a traditional Mizutaki hot pot.

What th-? It’s so groovy, man. Did you know that Japan is a huge consumer of the sesame seed, importing almost 160,000 tons every year from Latin America? There are 3 different kinds of sesame used in various ways in Japanese cuisine. White Sesame is the most common and the most popular because it has the lightest taste and can be used in salad dressings or to garnish salads. Black Sesame is more distinctive, with a nutty taste, so it’s often used for marinades or crushed to a paste to enhance salads and desserts. Golden Sesame is found in what we might call “rice sprinkles”, or furikake, a very popular seasoning for white rice and onigiri (rice balls). You can buy crushed sesame seeds in packages, but it’s always more fragrant and tastes better if you use this simple tool and do it yourself.

For more crazy and exotic kitchen gadgets found only in Japanese cooking, check this out.