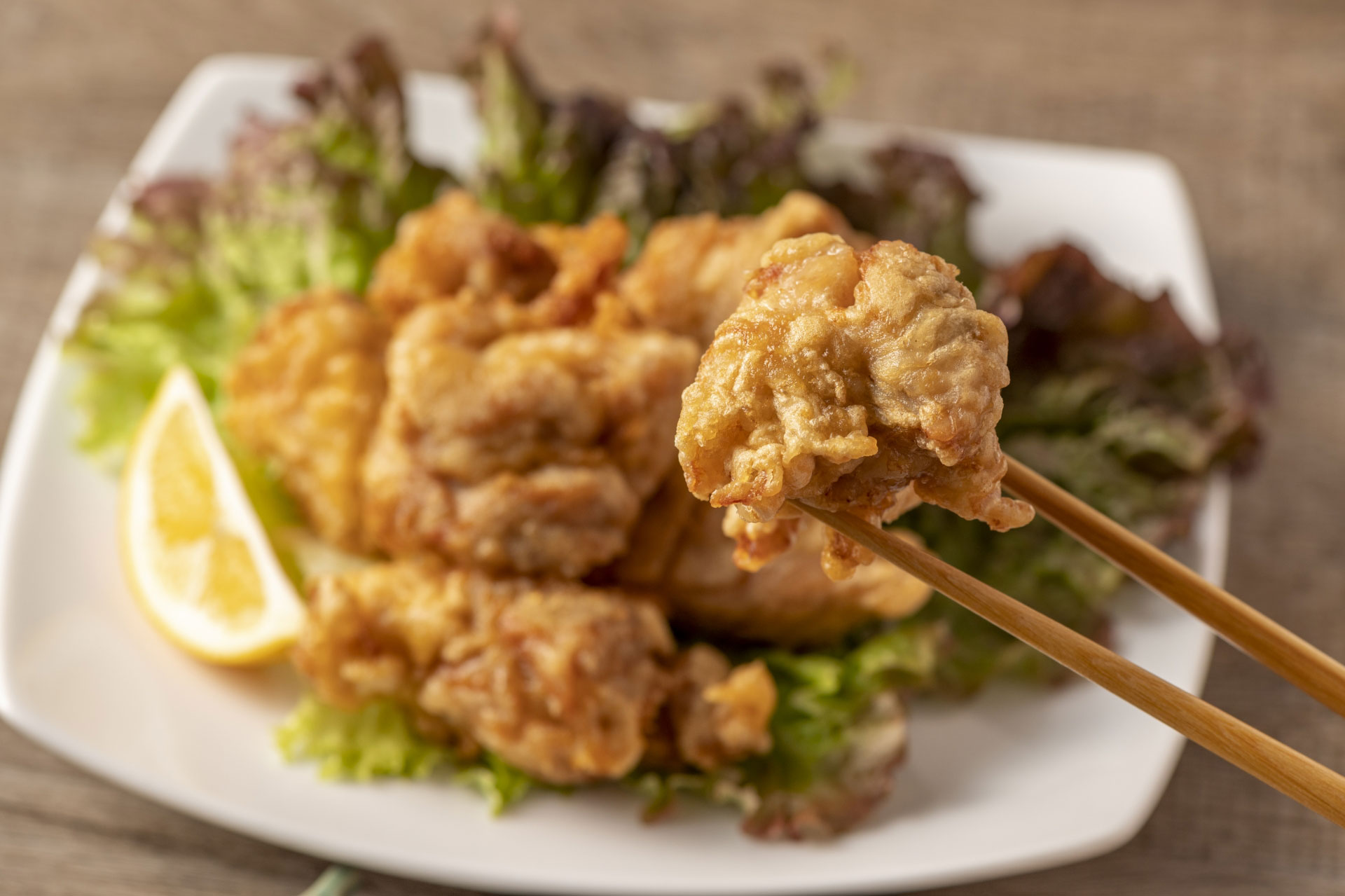 Japanese Fried Chicken (karaage) is one of the nation’s most celebrated dishes, found in restaurants, markets, and convenience stores all over the country.

Karaage fanatics will say that this is the best fried chicken in the world, and their love for the dish most likely started right at home, prepared by mom. Below, we’ll dive into why this crispy-on-the-outside, juicy-on-the-inside, bite-sized fried chicken is the ultimate comfort food and how to prepare this dish right in your own kitchen.

Karaage (pronounced kara-ah-gay) historically refers to any dish that is coated in potato starch and deep-fried without seasoning. Because karaage refers to the method of preparing a fried dish, it can also refer to fried fish and vegetables. However, it is most commonly made with chicken- specifically boneless chicken thighs.

The word “karaage” translates to “Chinese Fried,” so it is believed this method was learned from the Chinese around 300 years ago and then adapted to Japanese cuisine. However, the dish really took off when it was popularized in the 1920s after WWII, when chicken was scarce.

Karaage is uniquely Japanese because it is marinated in soy sauce, sake and ginger. After the sauce sets, the chicken is coated with potato starch and fried until golden brown and crispy. To make the most flavorful karaage at home, traditionally or with your own twist, follow the tips and tricks below:

From the Zojirushi Kitchen: Are you ready to make your own karaage? Here is our recipe with our Zojirushi twist. We add dark sesame oil and suggest you marinate the chicken in a plastic bag to lock in all of the flavor.

Want to learn about another karaage variation? Last year, in our B-kyu Gurume series, we explored Tebasaki Karaage from Nagoya. Take a look at that piece on our blog to learn more about a different variation on this fan-favorite dish – that’s more like a Japanese style of chicken wings instead of fried chicken.

How did your karaage come out? Do you have any special recipes or tips to share with us? Let us know on social media by tagging your photos on Twitter, Facebook, or Instagram! #Zojirushi #ZoFan