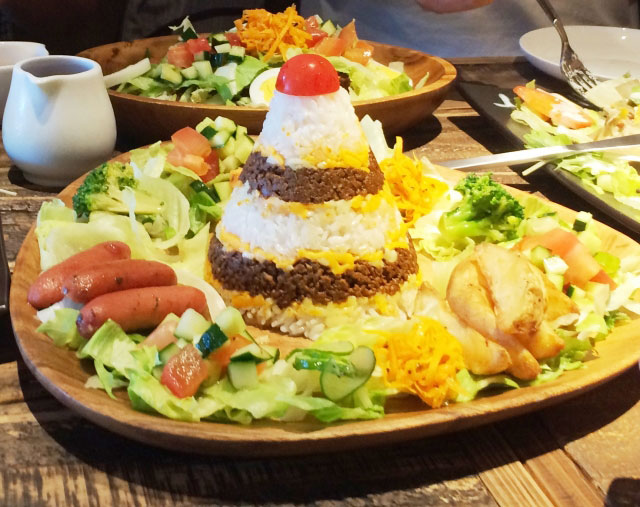 Sun, sea, nature, culture… Okinawa is the southernmost prefecture in Japan, and our destination this month as we continue our Food Lover’s Tour of Japan!

Comprised of 160 islands, 49 of which are inhabited, Okinawa was the ancestral home of the Ryukyu Kingdom and is a modern epicenter of Japanese tourism, trade and arts. Okinawa has been at the crossroads of trade with China, mainland Japan and other parts of Southeast Asia since the 15th century. From that time until the 19th century, Okinawa was known as the independent Kingdom of Ryukyu, where arts, crafts, architecture, food, culture and trade flourished.

Okinawa Prefecture consists of large islands and smaller archipelagos, including the largest and main island called Okinawa, the Yaeyama Archipelago, the Miyako Archipelago, Kerama Island and the closest inhabited islands surrounding the main island of Okinawa. 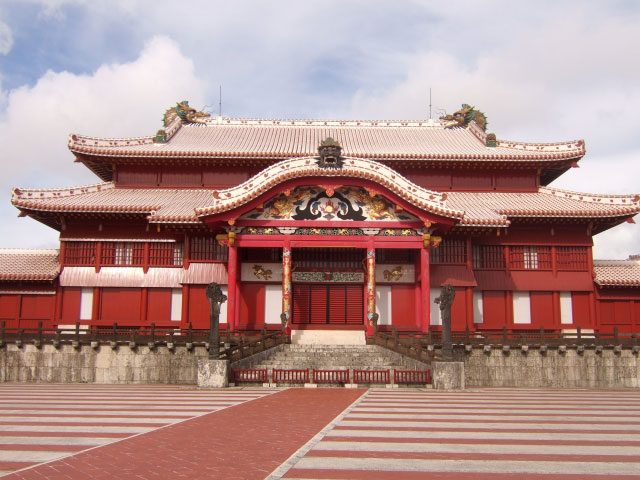 Naha City is the largest city in Okinawa, and is located in the southern part of the main island. This city is where the ancient seat of the Kingdom of Ryukyu was based at Shuri Castle. Designated a UNESCO World Heritage Site, Shuri Castle, along with Shikina-en, the residence of the royal family, the Enkaku-ji Temple and Tamaudon, the royal mausoleum, are well worth visiting. Today, Naha City is the economic, political and transportation hub of Okinawa, and tourists can enjoy visiting the cultural sites as well as Kokusai Street. Considered “the kitchen of Okinawa”, Kokusai Street is a bustling place full of shops and restaurants and the Makishi Public Market, where grandmothers called “obaa” work at the food stalls. Naha City is also the port town from where one can travel to other parts of the prefecture.

For those wishing to stay on the main island, the northern and northwestern parts of the island offer numerous and varied experiences. In the far north, the famous Okinawa Churaumi Aquarium displays abundant marine life, like whale sharks, tropical fish, rays and corals in some of the largest tanks in the world. The aquarium works to protect endangered species and cultivates approximately 800 colonies of coral from nearby waters. The waters themselves are crystalline blue, and beaches stretching from the north all the way down the western coast are home to luxurious resorts and deep sea water spas. Hiking trails that frequently run within streams along mountains and fruit plantations are also abundant in this area.

Okinawa’s famous Churaumi AquariumThe southern part of Okinawa Island lends itself to agriculture, especially the cultivation of sugarcane, and to cave exploration, especially in the Gyokusendo Caves. In ancient times, this area was the religious center of the Ryukyu Kingdom and in present time, is home to peace memorial parks and museums dedicated to those who lost their lives during World War II. The Cornerstone of Peace, located at the Okinawa Prefectural Peace Memorial Park, lists the names of all who were lost, regardless of nationality and age, in the hopes that today’s generations work to prevent war.

The central part of Okinawa Island is the most multicultural of all. The United States still maintains military bases there, and trade with China and Southeast Asia continues in the region. The culture here is “chanpuru” or mixed, and the cities showcase shops, restaurants, movie theaters and entertainment complexes with signs in English as well as in Japanese. Central Okinawa is also said to be the birthplace of karate, and many martial arts dojos are open for extensive training. Eisa dancing, sanshin music, and traditional architecture also flourish in this part of the island. One of the most unique things about Okinawa, especially in this region is its signature dish–taco rice. 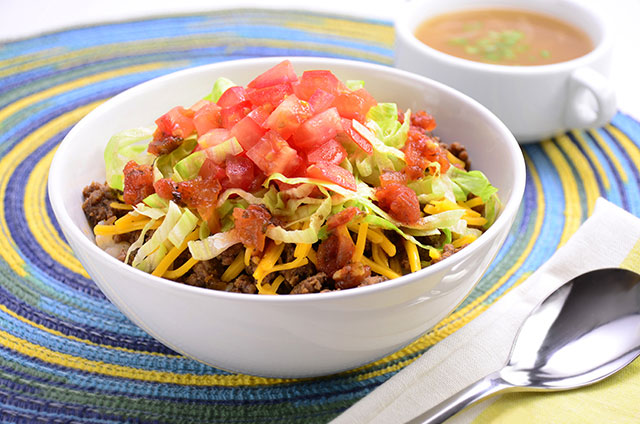 Legend has it that taco rice was invented for American military men when restaurants in Okinawa didn’t have the wherewithal to make taco shells. They sautéed ground beef with taco seasonings and piled it on top of cooked Japanese white rice. Toppings such as cheese, lettuce, tomatoes and rarely salsa, completed the dish. Matsuzo Gibo is credited with the invention of the dish, and founded two restaurants–King Taco and Parlor Senri–both of which claim ownership of the dish. Original taco rice may be hard to find in the US, but our recipe of preparing it at home is easy. Check out the simple way to make a Taco Rice Bowl, Zojirushi-style. All you need is ground beef, seasonings, rice and toppings!

We hope you enjoyed reading about Okinawa Prefecture and as always, share your comments and photos below!